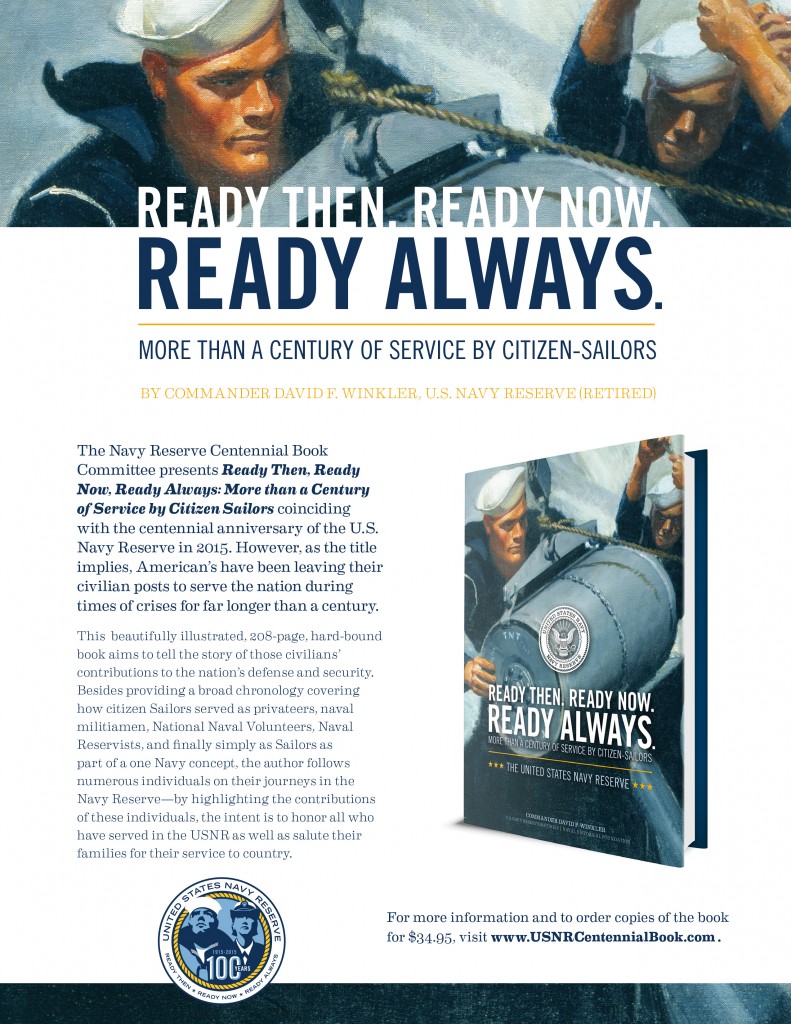 Ready Then, Ready Now, Ready Always: More than a Century of Service by Citizen Sailors coincides with the centennial anniversary of the U.S. Navy Reserve on March 3, 2015. However, as the title indicates, Americans have been leaving their civilian occupations since the birth of the Navy in 1775 to serve the nation at sea during times of crises. This heavily illustrated narrative aims to tell about the contributions of those civilians to the nation’s defense and security. Besides providing a broad chronology covering how citizen sailors served as privateers, naval militiamen, National Naval Volunteers, Naval Reservists, and finally simply as Sailors as part of a one Navy concept,the author elected to follow numerous individuals on their journeys in the Navy Reserve as representative stories of the millions of Americans who once wore Navy blue part-time. By highlighting the contributions of these individuals, the intent is to honor all who served in the USNR as well as salute their families for their service to country.

To order your copy of Ready Then, Ready Now, Ready Always: More than a Century of Service by Citizen Sailors, please go to: upress.qg.com/nhf

Save on shipping and handling! Ready Then, Ready Now, Ready Always is now on sale at the Navy Museum Store at the Washington Navy Yard!