Throughout the Foundation’s long existence, we’ve published a number of pamphlets on a wide variety of topics in naval history. We began publishing our pamphlet series in the early 1960’s. In total, nearly three dozen pamphlets were published, and we continue to republish selected copies as needed. Some of the pamphlets were original works of historical research and analysis, while others were reprints of significant or uniquely interesting publications and primary sources from earlier periods of the U.S. Navy’s history.

We are now making the full series of publications available on the web. The Navy Department Library has already transcribed and published selected pamphlets. We thank them for their diligent work to help bring these publications back to life in the digital age. In addition to the transcriptions of selected pamphlets, we’ll be digitizing the original pamphlets and making them available to read on the web in an attractive and easy to use “flipbook” format. 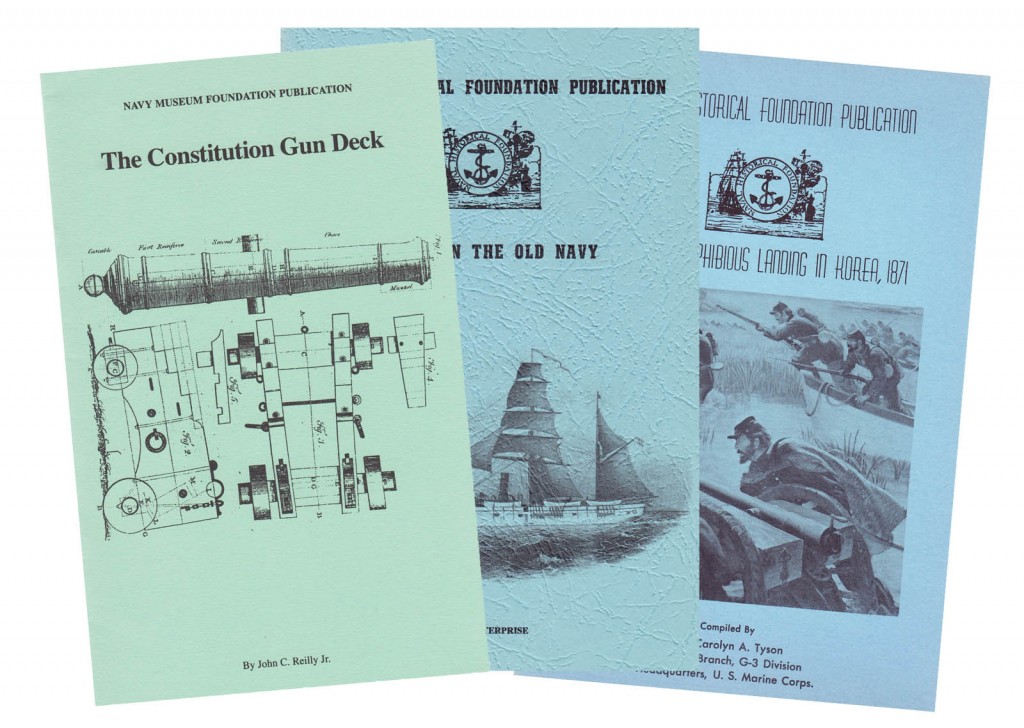 An Eye-witness Account of the Battle between the USS Monitor and the CSS Virginia (formerly USS Merrimack) on March 9th, 1862 (Lieutenant Samuel Dana Green, USN)

The Pivot Upon Which Everything Turned: French Naval Superiority that Ensured Victory at Yorktown (William James Morgan, 1981)