The Naval Historical Foundation is proud to recognize outstanding work in the field of history.

Below are our major prizes and awards:

Continue reading to learn more about each of these prizes and to view the archives of previous winners. The Naval Historical Foundation is also pleased to sponsor the United States Naval Academy Superintendent’s Leadership and Vision Award: Voices of Maritime History – click HERE to learn more.

The Commodore Dudley W. Knox Lifetime Achievement Award recognizes an individual for a lifetime body of work in the field of U.S. naval history. The award is named for Commodore Dudley Wright Knox (21 June 1877 – 11 June 1960). A graduate of the U.S. Naval Academy and Naval War College, Knox had a distinguished career as a naval officer with service in the Spanish American War, Boxer Rebellion, Great White Fleet, and World War I. But it was his abilities as a historian, librarian, and archivist that earned him respect and admiration amongst his peers and later generations.

Learn more about the Knox Award or submit a nomination. 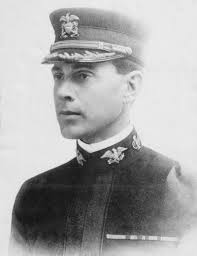 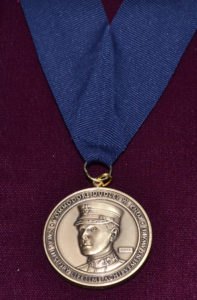 At the annual National History Day festivities that occur every June at the University of Maryland, special prizes are awarded to high school and middle school history projects that best capture an appreciation for naval history. Two such prizes are awarded, one each in the Junior and Senior Divisions, for $1000 each. Judging is conducted by the organizers of National History Day.

The prize is named for the late Captain Ken Coskey, a Vietnam War combat aviator and Prisoner of War, and former Executive Director of the Naval Historical Foundation. 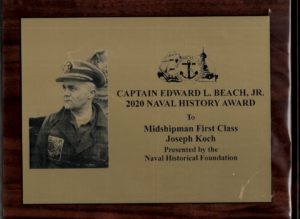 Continuing a program started in 2018, NHF will present “Teacher of Distinction” awards to teachers whose students (i) win NHF’s annual Coskey Prizes for Naval History or (ii) are ranked first, second or third in their categories in the NHD national competition.

Each year some 3,000 students and several hundred teachers take part in the NHD national competition at the University of Maryland in College Park.  This year the competition was scheduled for June 14-20.

However, due to the coronavirus NHD Executive Director Cathy Gorn on March 24 announced that the competition would be conducted in a virtual format to ensure the safety of participants. ”It’s not ideal but canceling was never an option,” she said.  The virtual national competition will be in June.

Every year NHD has a broad theme for the student projects. This year’s theme is, “Breaking Barriers in History.”

There are five project categories:  papers, exhibits, documentaries, websites, and performances.  Competition begins at individual schools, with the top middle and high school winners advancing to regional, state, and national competitions.  Some 600,000 students from the United States, District of Columbia, territories, and international schools in China, Korea and South Asia participate annually.

Last year NHF’s Teacher of Distinction awards went to 11 teachers from around the county, two from middle schools, the other nine from high schools. The awards consist of $200 honorariums, NHF certificates of achievement, one-year NHF memberships, and access to NHF Navy-related research assistance.

The NHF Coskey Prizes are named after the late Captain Ken Coskey, a Navy pilot, Vietnam prisoner of war, and former NHF executive director.  The NHD prizes were established in 1999.  Every year since then NHF has awarded two Coskey Prizes to the top ranked projects in naval history.  Each prize is a $1,000 award.

“We’ve been pleased and honored to award the Coskey Prizes for 20 years now,” said Admiral William Fallon, USN (Ret.), NHF chairman. “But we thought it appropriate to also recognize the teachers who inspire the students to produce outstanding naval and maritime projects.  Teachers are on the front lines of education and often don’t get the recognition they deserve.”

The Vice Admiral Robert F. Dunn Prizes recognize and reward midshipmen who show future promise as naval officers and encourage all midshipmen to value their history and heritage as part of their ethos. The prizes are named for Vice Admiral Robert F. Dunn, USN, who retired in 2012 following fourteen years of service as President of the NHF. With former duties that included the Chief of Naval Reserve and the DCNO for Naval Aviation, VADM Dunn has a reputation in the Navy’s intellectual community as a thoughtful writer in publications such as the Naval Institute Proceedings. He currently is a Ramsey Fellow with the Smithsonian National Air and Space Museum. 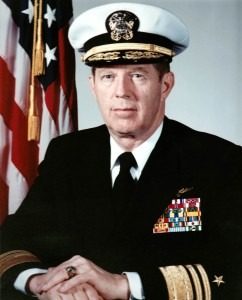