This is a powerful insider’s account of an important and uniquely American institution, Top Gun, the U.S. Navy Fighter Weapons School. The author, Captain Dan Pedersen (USN) was the first officer in charge of Top Gun, establishing it with his hand selected eight naval aviators and naval flight officers—the “Bros.”

What makes this an American story is that characteristic of so many successful American innovations, Top Gun was created by personal initiative and vision, not a government, bureaucratic program. It was established to meet a need: better air combat training for naval aviators before they began flying combat over North Vietnam. This would give them the skills to deal with enemy fighters, and save their lives.

In the war’s early years U.S. fighter pilots were barely breaking even against the North Vietnamese, managing an overall kill ratio of about 2.5 to 1. Air combat maneuvering (ACM) or dogfighting, had been forbidden training in the years leading up to Vietnam. Military leaders saw no need for it. It was dangerous, unsafe, and expensive. Slamming on a high G load wore out airframes. Mild maneuvering was all that was required. The newest fighter, the F-4 Phantom, was built as a long-range interceptor and the radar-guided Sparrow missile (AIM-7) was its primary weapon. It was not equipped with a gun, there was no need; the days of the dogfight were over. 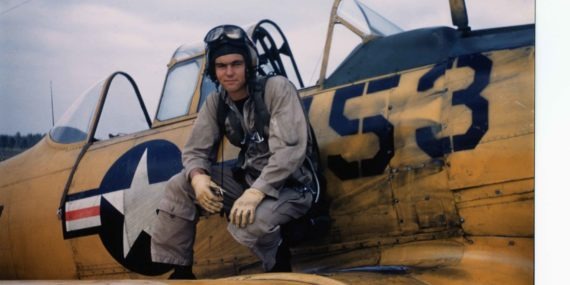 The initial Top Gun, established by Pedersen and the Bros in March 1969, was only a detachment, part of VF-121 the Navy squadron that taught new pilots how to fly the F-4. They operated out of a small trailer on the Miramar base. Per the day’s orthodoxy VF-121’s curriculum did not include dogfighting. Pedersen and his Bros wanted to change that and turn the F-4 and its missiles, the Sparrow and Sidewinder, into potent and deadly weapons in an ACM environment. They intensely studied the flight envelopes of aircraft and missiles to come up with a training curriculum. That was the intellectual foundation of Top Gun.While aerodynamics and physics undergird the curriculum, Top Gun’s philosophy was pilot-focused. The Bros believed that the “better pilot will always win.” A core tactic was the ‘Egg’ maneuver – using the vertical, zoom climbing the Phantom getting above the MiG, converting airspeed to altitude. This combined with the standard Navy ‘Loose Deuce’ tactic was a winning combination. As the enemy turned with the wingman, the other Phantom could zoom above and at the top of the ‘egg,’ rudder roll down and into the fight in position for a shot at the MiG. The key ingredient was pilot skill, not technology or rank. Top Gun tactics minimized the standard leader/wingman relationship. Whoever had the advantage in a fight took the lead, even if he was the junior pilot. This inbred aggressiveness, initiative, and versatility, American values.

Pedersen highlights the difference between the Top Gun philosophy of dogfighting and that of the U.S. Air Force. The Air Force’s ‘Fluid Four’ formation was hierarchical and structured, and hung a lot on aircraft performance, not pilot skill. The Air Force’s Major John Boyd was the spokesman for this approach to air warfare. According to Pedersen, Boyd asserted that Phantoms should not fight MiGs because a MiG will always outperform a Phantom throughout the flight envelope. Top Gun’s success is made clear in the remarkable improvement in the kill ratio of Phantoms over MiGs once Top Gun students entered the war.[i]

Pedersen’s work is fast-paced and engaging. It is much more than a discussion of Top Gun. Pedersen’s goal in writings this book is to tell of the naval aviation community, dispel Hollywood mythology, and describe how Top Gun rescued the great legacy of naval fighter aviation from the technology worshipping whiz kids at the Pentagon. 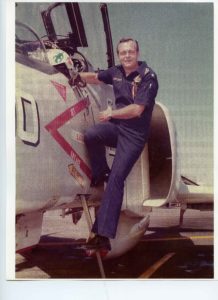 Pederson leverages his own career to put flesh on the story of naval aviation from the 1950s into the 1980s.  Pedersen enlisted in the Navy Reserves in 1954.  He went from an enlisted sailor in the reserves to the command of an aircraft carrier. He started off flying F4D Skyrays, then flew F3H Demons, then the F-  Phantom. He had four carrier cruises, one of which was in Vietnam. He accumulated 6,000 flight hours in 39 different type aircraft and 1,000 carrier landings. Pedersen is much more than a fighter pilot who started Top Gun. He was a leader, a necessary quality to lead in the establishment of an institution like Top Gun. He commanded a squadron, VF-143, an air wing, an oiler, the USS Wichita (AOR-1), and finally the USS Ranger (CV-61). These command tours were not easy. The Vietnam wars mismanagement and ultimate loss, had cast a pallor over the military. This was manifested in racial violence, drugs, and poor discipline. Captain Pedersen also speaks of long-suffering families. They endured the absence of their husband/father on long and frequent deployments, and the hazards of carrier operations and Vietnam combat.

There are hidden gems in the book:  the Top Gun and Israeli Air Force connection, an assessment of the F-35 Joint Strike Fighter, behind the scenes of the movie Top Gun; and his take on the move of the real Top Gun out of Miramar to Fallon, Nevada.

This is a powerfully insightful look at the unique world of naval fighter aviation and Top Gun from the years when peace reigned in the late 1950s through the 1980s. It is a first-person account and personal. Pedersen knows personally of the sacrifices in one’s personal life that are too often the fallout from a career in naval aviation.

It is an easy straight-forward read, action-filled and authentic. Pedersen is an operator, not an academic, although his story will stand up to academic scrutiny. For the straight scoop on these topics, get the book, read it and consider yourself enlightened.

[i] One writer notes that the Navy’s kill ratio improved from slightly over 2 to I (two MiGs for every U.S. fighter) to 11.5 to 1 in 1972 while the USAF’s stayed essentially the same at a little better than 2 to 1.  Major Michael W. Ford,  “Air to Air Combat Effectiveness of Single-Role and Multi-Role Fighter Forces,” Thesis, U.S. Army Command and General Staff, Ft. Leavenworth, KS, 1994,  59.