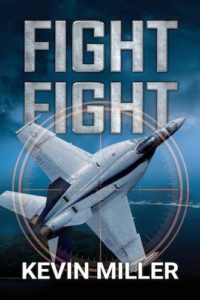 This is the third Raven One book the author has written on contemporary international relationship issues facing the United States. Central to the fictional story the author tells is how quickly incidents can spin out of control even with the best intentions by all to contain the incident. People hear and see what they want to see. The book starts with a well planned and executed attack carried out on a limited non-valuable target of opportunity that, however, results in an unwanted valuable target being hit. The consequences of the valuable target being unexpectedly hit results in repercussions far beyond what was hoped for. Mix into this event too much information, which is just as bad as too little information, particularly when non-verified information gets mixed with verified information being fed to the leadership who are trying to formulate a response, and things can go wrong, very wrong.

The story line centers around a U.S. Navy pilot, Raven One, and the part a U.S. Navy carrier group plays within the conflict. The writing is tight and accurately portrays the world of today’s Navy. The people encountered in the book are not cardboard persons, but instead are real people. Buried within the tales of the air and naval battles fought in the South China Sea are the foibles of human nature and of any large organization. Each nation’s attack plans crumble in action and must be modified and restructured in the heat of combat. Rewards and punishments for actions and non-actions taken are not always fair.

The book ends with the leadership of both sides contemplating the results of the war that led to the death of so many sailors and airmen and the destruction of numerous ships and aircraft. The internal dialogue within both countries raises the question in the readers mind as to who were the winners and losers in this war. Did the United States really win the war or did they just score a tactical victory and suffer a strategic defeat? Did the Chinese lose the war or did they only suffer a tactical defeat but win a strategic victory? Does one take a short-term view of history or a long-term view of history? The heart of the book is summed up in a quote of Mao Zedong at the start of the book “Fight, Fight, Talk Talk, Talk Talk, Fight Fight.”  Mao’s quote is an excellent summary of the European interaction with the American Indian from the first day Europeans set foot in North America. We know who won that 500-year war. Does Mao’s quote also sum up the current relationship between the United States and China as the author seems to suggest?

In summary, this book can be read as either a very well-crafted fictional account of wartime operations or as an introduction into the complexities of leadership under stress. In the book, there are numerous questions posed at all levels of command that need immediate answers and, as in real life, it often proves impossible to ensure that the right question is being asked and the correct answered supplied. Read and enjoy.