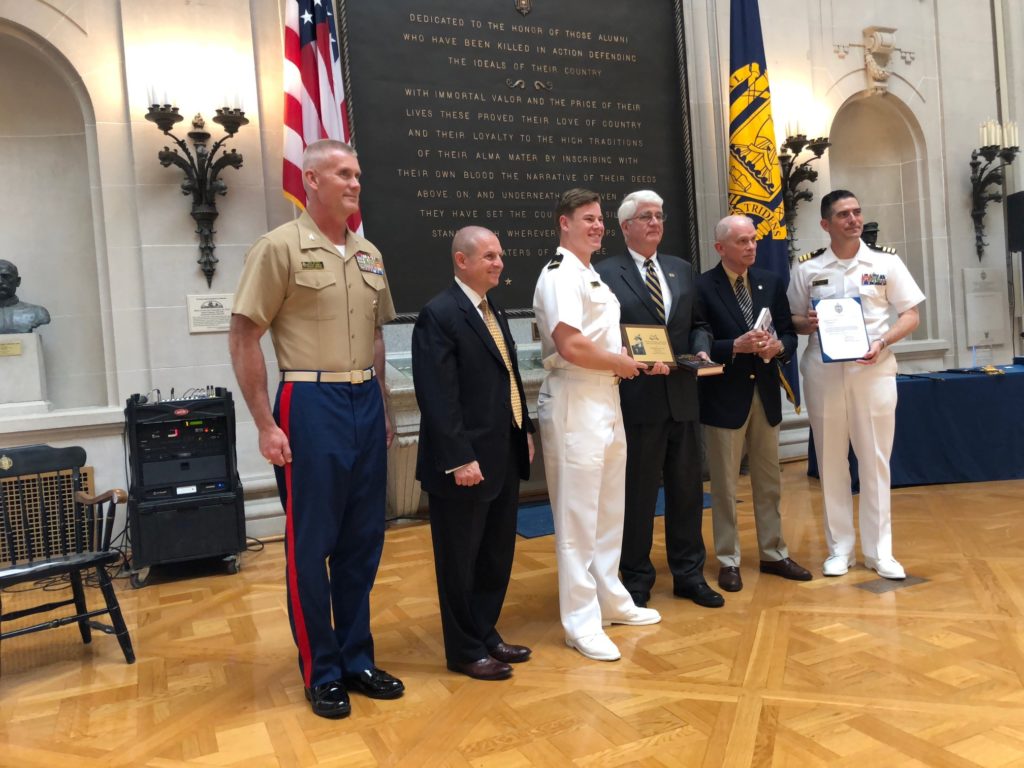 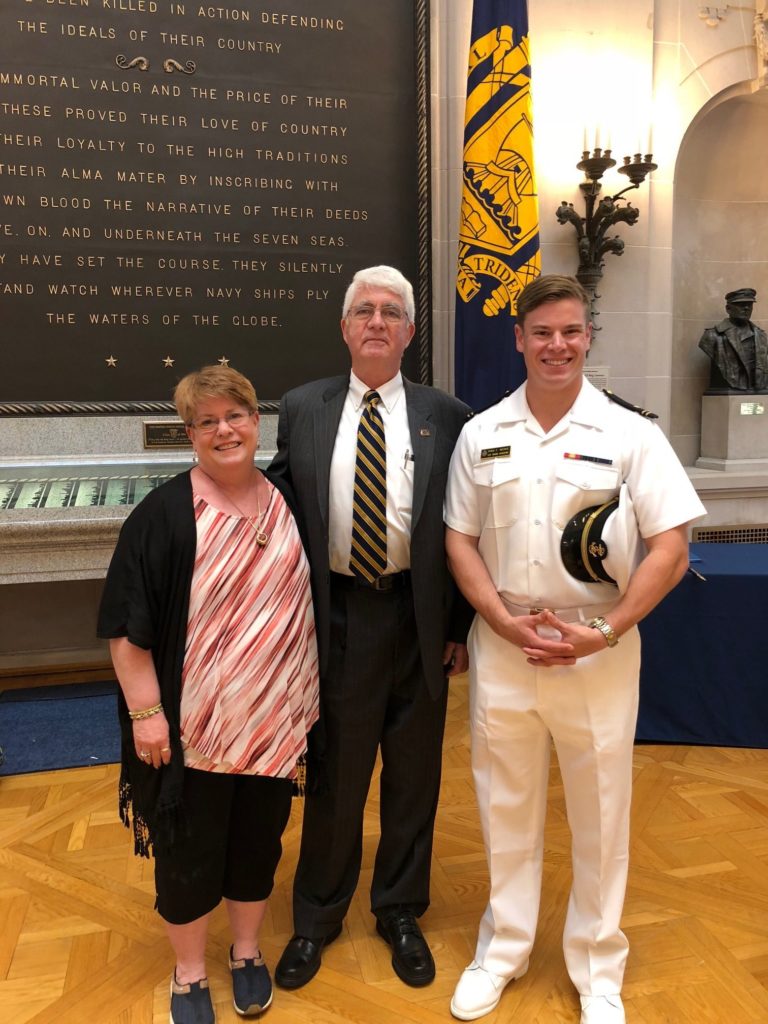 Midshipman Menke’s Honor Thesis that helped earn him this award was titled “Force in the Far East: Royal Navy Gunboat Operations on the China Station, 1860-1870.”

Midshipman Ryan is a History Department Honors graduate who will be commissioned an Ensign in the Navy at his graduation ceremony this Friday, May 25th. This fall he will attend nuclear power school and go on to nuclear submarine duty, following in the footsteps of his late father, Commander Kurt W. Menke, USNA Class of 1985 and the award’s namesake, Captain Ned Beach, USNA Class of 1939.

Ned Beach, a longtime NHF Board Member, was a decorated World War II submariner, commanding officer of USS Triton (SSRN-586), which in 1960 was the first vessel to complete a submerged circumnavigation of the earth. Beach was the author of the best-selling “Run Silent, Run Deep,” a copy of which was presented to Midshipman Menke along with an awards plaque.