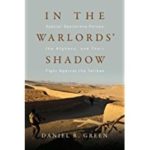 In the Warlords’ Shadow: Special Operations Forces, the Afghans, and Their Fight Against the Taliban.

In his new book In the Warlords’ Shadow, Daniel Green describes the success of Village Stability Operations (VSO) and the Afghan Local Police (ALP) in concert with U.S Special Forces and argues that this is the way forward in Afghanistan. Armed with his own extensive experiences and unparalleled access to his subject, Green makes his case but is held back by a meandering narrative and muddy prose. Further complicating his treatise is the reality that the United States is not winning in Afghanistan five years later. It is unclear what his book is trying to accomplish and whether it is a personal memoir, a counterinsurgency treatise, or just an update to his first book, The Valley’s Edge: A Year with Pashtuns in the Heartland of the Taliban.

Green is perhaps one of the best-placed Americans to write definitively on the ongoing war in Afghanistan. It is clear from the first chapter that he has an unparalleled understanding of the tribal structures in Afghanistan and that he probably understood them before the rest of us realized there was a problem with the “search and destroy” method. A Lieutenant Commander in the Navy with three tours to Afghanistan, and another two to Iraq, Green has also authored Fallujah Redux: the Anbar Awakening and the Struggle with al-Qaeda about his experiences on deployment in Iraq. Green is currently a defense fellow at the Washington Institute, having received a Ph.D. in Political Science from George Washington University in 2012. After finishing his doctorate, Green was asked to accompany Navy SEALs on a third deployment to Uruzgan Province because of his expertise in the area. Working for the Special Operations Task Force Southeast (SOTF-SE) commander, SEAL Commander Mike Hayes, Green was responsible for advising the Hayes and the SEALs on Afghan tribal politics and helping them refine their local engagement strategy and how the command would measure success in Afghanistan. During this tour, Green visited fifteen out of eighteen Village Stability Platforms (VSPs) in Uruzgan, Zabul and Dai Kundi Provinces. The area was the same that Green worked in on his previous deployment and most of his analysis lies in comparing and contrasting the provinces six years apart. Green gives the reader a crash course on the recent local history and tribal politics in each province and district. Usually Green is fortunate enough to accompany the SEALs to meet with the local leadership at shuras (tribal councils) where he dutifully records translations of the scripted and ritual speeches the leaders give.

Green ends the book with his thoughts on the Afghan War as whole, including plugs for adding the Joint Chiefs of Staff back into the operational chain of command and reinstating the draft, which have little to do with the focus of his work. He also includes three appendices that cover ‘Key Lessons from SOTF-SE’s Deployment’, ‘Characteristics of Successful Village Stability Operations’ which includes such Zen bullets as “Enlist the community in its own defense,” “Move beyond your comfort zone” and “Do what is required, not what is comfortable.” The last appendix is the thirteen-question “Village Stability Survey” he created.

Ultimately, Green occupies an uneasy middle zone, which reflects in his writing. Green is not the operator who is carrying out the Village Stability Operations or patrolling side by side with the ALP. A well-studied outsider, he is the analyst who occasionally ventures outside the wire. He discusses strategy with the SEAL commander and writes the after-action reviews and compiles the meeting notes. These speeches and meetings with local officials and elders are as close to the population as Green gets. His analysis is awkward – he does not have the comprehensive national picture of Afghanistan nor does he have an intimate personal view. He is in between, analyzing developments and actions at the district and province level. As a result, In the Warlord’s Shadow reads like a draft. Green’s narrative is at times a dizzying journey through time and space across Afghanistan where characters and places are repeated. There are also some editorial oversights, such as repeated explanations of what the Polaris Razor is or how Colonel Ripley earned his Medal of Honor. Green tries to help alleviate the chronological confusion with several timelines, but these complicate the chronology further because they add events not covered in the text.

If you are interested in a more intimate portrait of stability operations similar to the ones that Green chronicles, read The Village by Bing West instead. West recounts the successes of a Marine squad embedded in a small Vietnamese village as part of the Combined Action Program in 1966-1967. If you are looking for a ‘How To’ manual of stability operations for Afghan counter-insurgency, look at One Tribe At a Time by Jim Gant. Gant was an Army Green Beret who worked in Kunar Province and is credited with an unconventional but uniquely successful approach to SOF and tribal integration and counter-insurgency.

After five years, it still isn’t clear how the war in Afghanistan will end, and the situation on the ground would be as foreign to Green when he returned after six years away in 2012. His book is a scattered portrayal of the US attempt to “focus on the tribes,” with a strong argument for its success despite the dismantlement of the program within months of Green’s 2013 redeployment to the United States. Overall, In the Warlord’s Shadow is an unfinished portrait of an unfinished war, but nevertheless may remain as the best analysis of the Village Stability Operations, a program that could have won the war.