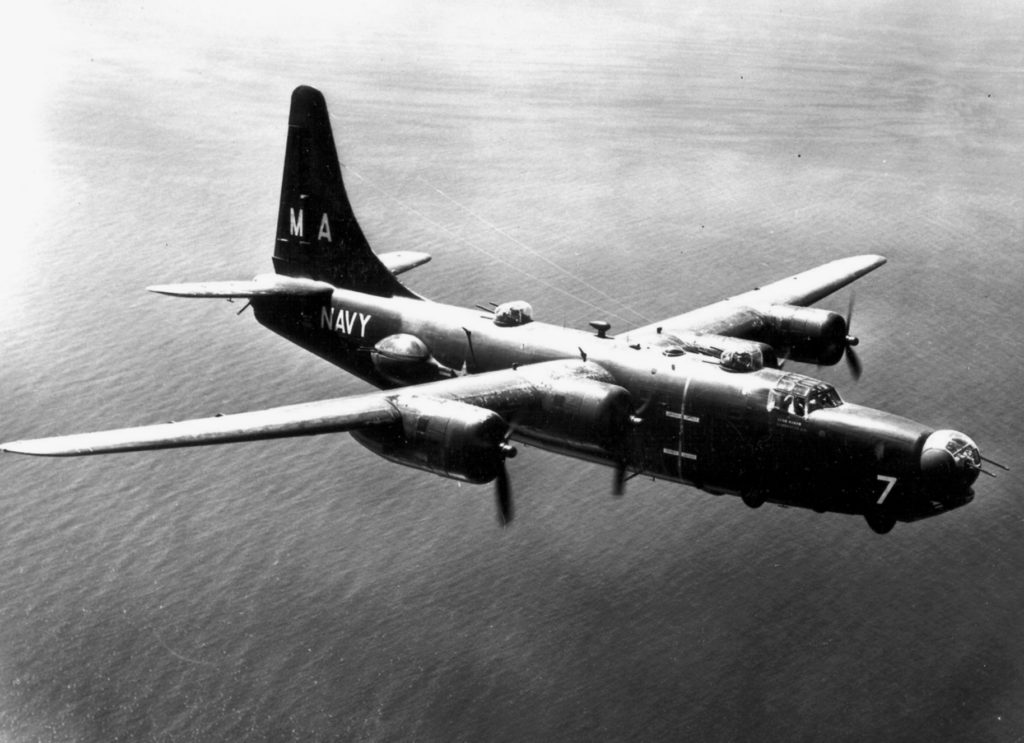 The recent interception of two Russian Tu-95 Bear reconnaissance aircraft off Alaska by Air Force F-22 Raptors earlier this week is reminiscent during the 1960s through 1980s when such interceptions were a common occurrence, especially off the Eastern U.S. coast when large Soviet turboprop aircraft flew down and back to the USSR from Cuba. When U.S. aircraft flew near Soviet airspace during the beginning of the Cold War in the late 1940s and throughout the 1950s, however, the consequences were sometimes deadly.

Two incidents occurred within six months after the September 1945 Japanese surrender ending World War II. On 15 October 1945, and again on 20 February 1946, U.S. Navy patrol aircraft monitoring the Japanese evacuation from China came under fire over the Yellow Sea from pursuing Soviet fighters. In the 15 October case, the Navy plane had flown within a twelve-mile limit established for Soviet-occupied Port Arthur by an agreement between the Nationalist Chinese and the Soviet Union. The 20 February incident occurred after the American plane reportedly lost its bearings and had buzzed a Soviet airfield near Port Arthur. In both cases, the American aircraft managed to escape with no casualties.

Navy and Air Force aircraft began operating off Soviet coastlines to provoke and detect Soviet search and fire-control radar emissions. Known as “ferrets,” these airplanes were coordinated at the direction of the military chiefs in a program called Special Electronic Airborne Search Projects (SESP). On the morning of 8 April 1950, a Navy Privateer patrol plane departed from Wiesbaden, West Germany, to fly a Baltic route and the aircraft failed to return. They quickly resolved the fate of the plane. On 11 April, Soviet Foreign Minister Andrei Y. Vishinsky presented American Ambassador Alan G. Kirk a formal protest note stating a “B-29” type plane had penetrated twenty-one kilometers into Soviet territory. “Owing to this, an advanced Soviet fighter was forced to fire in reply, after which the American plane turned toward the sea and disappeared.”

The Korean War provided the background for some of the most violent air-to-air confrontations between U.S. and Soviet air forces because of the proximity of the Soviet Union to the Korean peninsula. On 4 September 1950, a four-plane combat air patrol from the aircraft carrier Valley Forge intercepted a Soviet twin-engine patrol bomber. The flight leader claimed that the Soviet aircraft fired on him. In self-defense, the American fighters shot down the Soviet aircraft.

On 6 November 1951, Soviet fighters shot down a Navy P2V Neptune flying on a reconnaissance mission over the Sea of Japan. Thirteen days after the Neptune downing, an Air Force C-47 was forced down in Hungary. The Russians held the flight crew and then they turned them over to the Hungarians who released them after payment of a ransom.

On 7 October 1952, an Air Force RB-29 aircraft was conducting a photo-mapping mission off the coast of northern Japan and southern Kuriles. A Japanese fisherman later told an Air Force investigator that a Russian fighter had dived from above and fired at the American plane, causing its tail section to break off.  Search efforts failed to recover any of the eight crewmembers.

On 27 July 1953, four American fighters shot down a Soviet Il-12 passenger plane en route from Port Arthur to the Soviet Union. The United States, acknowledging responsibility for the attack, claimed that the Soviet plane had been in a zone of hostilities in North Korean airspace at the time of the incident.

Two days later in the vicinity of Vladivostok, the Soviets shot down an Air Force RB-50.  The Navy rescued one survivor, and two more bodies were later found adrift in the Sea of Japan. The remainder of the crew of seventeen remained unaccounted for.

Late in 1954, a U.S. Navy patrol plane became the victim of another attack.  In the report describing the 4 September 1954 incident off the East Coast of Siberia, a MiG-15 made repeated strafing passes. Forced to ditch, one of the ten crewmembers did not clear the aircraft and subsequently drowned.

On 7 November 1954, another RB-29 fell to MiG gunfire. This incident occurred not far from the Yuri Island incident of two years previous. One airman drowned after he had become entangled in his parachute.

On 22 June 1955, one or two Soviet fighters ambushed a Navy P2V Neptune flying on a routine shipping surveillance patrol over the Bering Sea. The plane’s pilot managed to fly the crippled aircraft forty miles to St. Lawrence Island and safely crash land.

With a Big Four Geneva summit meeting soon to occur for the first time, the Soviets expressed regret and paid for half of the requested reparations on the Neptune incident.

The number of violent encounters beyond Soviet borders diminished over the next couple of years. Perhaps in the “Spirit of Geneva,” Soviet leaders had ordered its Air Force to refrain from hostile action against American aircraft. If so, the “Spirit of Geneva” faded in 1958.  During the latter half of 1958, there were several incidents involving U.S. and Soviet aircraft along the Soviet periphery. In the two cases where Soviets shot down U.S. Air Force planes, the incidents occurred over land. On 27 June 1958, Soviet fighters shot down an USAF C-118 transport plane over Armenia, injuring two of the nine-man crew. Two weeks later, on 10 July 1958, an Air Force RB-50 patrolling off Petropavlovsk-Kamchatskiy exchanged gunfire with Soviet fighters. No damage was reported. Two months later, on 10 September 1958, Soviet fighters shot down an Air Force modified C-130 over Soviet Armenia. The Soviets eventually returned six bodies from an aircrew of seventeen.

Throughout 1959, as both sides positioned themselves over Berlin, the skies around the Soviet Union remained incident free. Tensions between the superpowers eased in the aftermath of Soviet leader Khrushchev’s September 1959 visit, as people spoke of a “Spirit of Camp David.” In the spring of 1960, there were predictions of a productive “Big Four” Paris summit, followed by a triumphant tour of the Soviet Union by the American president, causing many to believe that the end of the Cold War was at hand.

The 1 May 1960, Soviet downing of the CIA spy flight over Sverdlovsk is only briefly mentioned to place the final known U.S.-USSR air-to-air confrontation involving fatalities in proper context.

On 1 July 1960, an RB-47 left from RAF Station Brize Norton, England. Over the Barents Sea, a MiG passed from above and behind, then reappeared astern and commenced firing. The big six-engine jet was knocked out of the sky. Two of the six crewmembers survived and were recovered by a Soviet fishing trawler. The Soviets also retrieved the body of the pilot. The two Americans captive in Lubyanka remained a contentious issue in Soviet-American relations during the final six months of the Eisenhower administration.

As a goodwill gesture to the newly sworn-in President Kennedy, Khrushchev ordered the release of the two Air Force prisoners.

In the end, however, it may have been technology rather than diplomacy that ended the confrontations. Launched into orbit in the Summer of 1960, Discoverer XIV made several successful photo passes over the Soviet Union before reentering the Earth’s atmosphere. A new era of satellite reconnaissance dawned for the United States, reducing the need for risky aerial missions. Consequently, the July 1960 RB-47 incident became one of the last violent superpower air-to-air encounters in the Cold War.