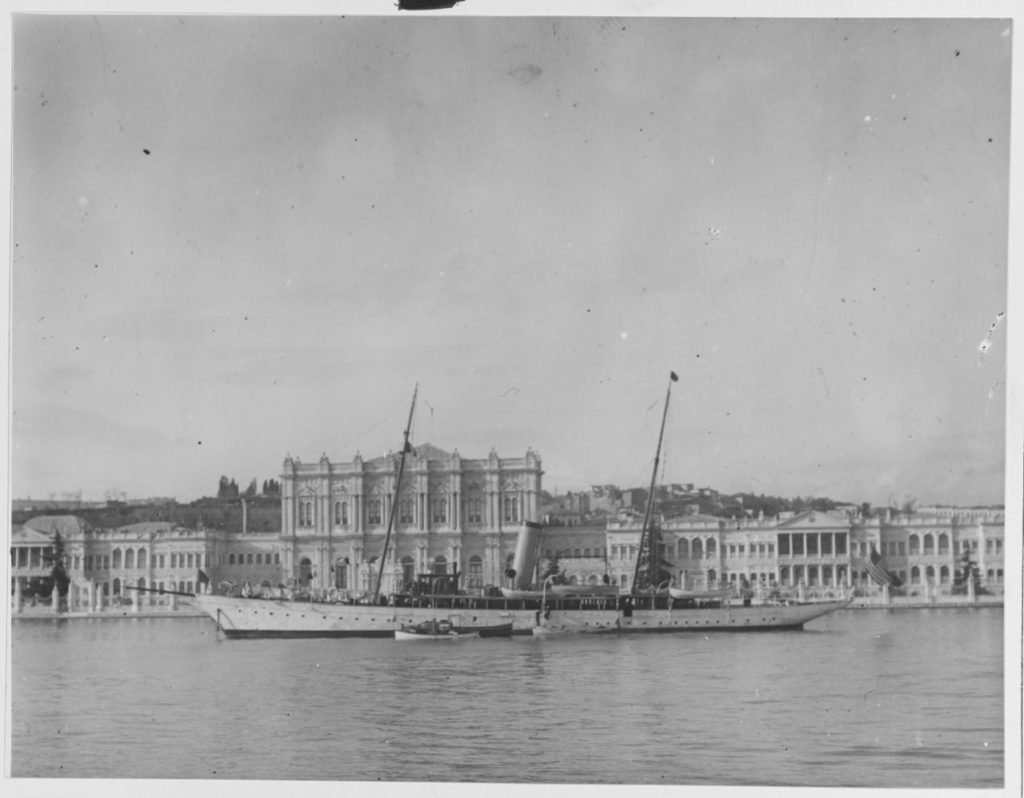 America’s entry into World War I had one interesting repercussion on the crew assigned to the USS Scorpion (PY 3), the U.S. Navy’s station ship at Constantinople. With America’s new status as a belligerent opposing Turkey’s ally Germany, the Turkish government was obligated to intern the ship which it did on April 11, 1917. One of the Sailors affected by the internment was Coxswain Max Miller, the grandfather on NHF member Mark Miller. That he would survive internment and go on to serve in the Navy through World War II as a Chief Petty Officer was a consequence of the card-playing skills of Scorpion’s Commanding Officer Lt. Cdr. Herbert Babbitt.

With America’s declaration of war, the German ambassador pressured the Turks to take the further step of evicting the American crew and turning the former yacht that had been acquired by the Navy for the Spanish-American War over to Germany. 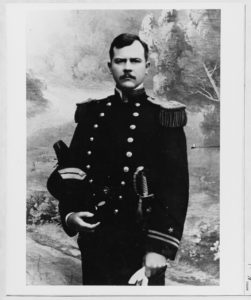 If the Americans were forced off the ship, their likely destination would have been to Brusa, where the Turkish maintained POW facilities that were reputed to be harsh.  That Max Miller and his shipmates did not have to leave the comforts of their former yacht can be attributed to the Bridge-playing skills of Commander Babbitt.

Having built up a friendly relationship with Talaat Pasha, the Minister of the Interior who held sway on the fate of his crew, Babbitt knew he was an avid Bridge player so, in a bold move, he challenged Talaat Pasha to a game of bridge with the fate of his crew at stake.  A long-game ensued, and the score was near tied when the final hand was dealt. Babbitt, looking at his hand, bid “four no-trump” and claimed victory and an agreement to maintain the crew on Scorpion until the end of the war.  For the rest of his days, the fortunate commander would be known as ‘Four No-Trump Babbitt.’  Ironically, the main threat to the crew came from allied warplanes who attempted to torpedo what they thought was the Sultan’s yacht.

Max Miller and his shipmates finally had the opportunity to return to the United States in December 1918 when the USS Nahma arrived with a relief crew. Scorpion herself would remain in the Near East for another eight years before returning home to be decommissioned and scrapped.

*The title is loosely based off of Alan Truscott’s New York Times article “The Only Naval Engagement Ever Won on a Card Table,” dated Jan 1, 2000 – one of the sources for this blogpost.