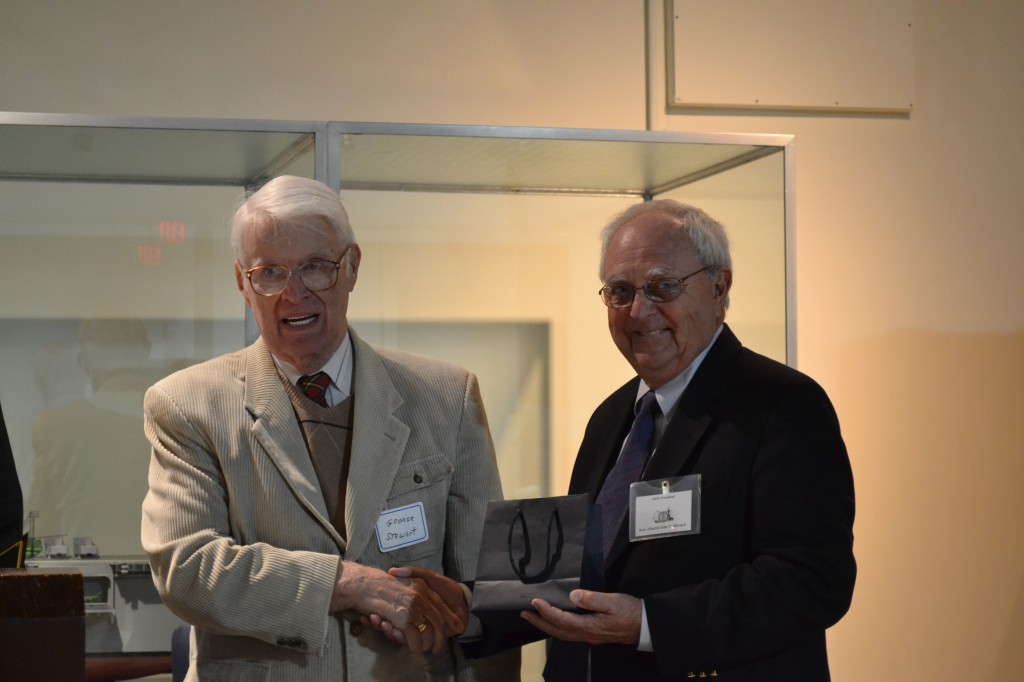 On Saturday, January 7th, 2017 retired Navy Captain George W. Stewart passed away at his home, under hospice care.  While I knew his health had been declining, and had visited him in the hospital and a retirement community several times in November and December, I was just not prepared for his death.  George Stewart had been my commanding officer nearly 40 years earlier, and a friend for the past decade, so his loss has been a personal blow.

George, a Maine native, received his Navy commission after graduating from the Massachusetts Maritime Academy in 1956 and immediately went to sea in a destroyer in engineering jobs—a calling that he took to with talent and determination. After a year out of the Navy working for Texaco as a third assistant engineer on coastal oil tankers, he was back in the Navy, at sea in destroyers and destroyer escorts. His early engineering duty set a pattern that would continue throughout his career, and he was the best naval engineer I ever encountered and the best hands-on teacher for all aspects of the propulsion plant that a young officer could hope for. 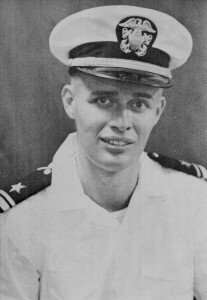 After running the Fleet Introduction Team at Avondale Shipyard in Westwego, Louisiana, where the last dozen or so Knox-class destroyer escorts were built, George was rewarded for his hard work in standardizing the class-wide training and equipment readiness in those ships by being ordered to command the last ship of the class, USS Moinester (DE-1097)—soon thereafter designated a frigate (FF) along with the rest of the class. I was fortunate to be his Weapons Officer and we had several years of excitement at sea, particularly with the new tactical towed array sonar system which helped us win the Commander Sixth Fleet “Hook ‘Em” award for outstanding antisubmarine warfare work in the Mediterranean in 1976 as part of the newly-organized ASW Squadron taking on the deployed Soviet submarines in the Med.

Our paths diverged after that, with me going on to successive shore and sea duty tours including command of a Knox-class frigate myself (USS W. S. Sims (FF-1059)) and later a destroyer tender in Alameda, California, USS Samuel Gompers (AD-37).  George meanwhile had commanded the Gompers’ sister tender, USS Puget Sound (AD-38), which had the unenviable task of becoming the Sixth Fleet Flagship when the last cruiser designated for that duty was retired. His sea stories about trying to tend ships and please an embarked admiral were something to hear!

After Puget Sound, George spent eight years on various inspection boards, the last five of which were on the dreaded INSURV Board under legendary Rear Admiral John D. Bulkeley. George thrived in that environment! During that period he conducted trials and inspections aboard over 200 naval vessels, and burnished his reputation as a superb engineer. Retiring from active duty in 1986, he was employed in the ship design industry where he specialized in the development of concept designs for propulsion and powering systems, some of which have entered active naval service.

Our paths crossed again about a decade ago after my retirement from active duty in 1999 when I was running the nonprofit Naval Historical Foundation in the Washington Navy Yard.  This 90-year old organization has many programs underway to preserve and commemorate the U.S. Navy’s history and heritage and help educate the Navy and the public about seapower.  As the Foundation was moving into the digital age with a capable website and new social media outreach, we needed interesting content—and that’s when George appeared on the scene.  First describing his life-long love of the Casco Bay, Maine area and its prominent World War II role as a convoy staging area, George went on to produce many different stories for us on topics such as life aboard Fletcher-class destroyers in the 1950s and his series on Casco Bay during World War II.  George was an engaging and entertaining writer, who knew how to grab a reader’s interest, and the stories of his we posted were always popular and we would see a spike in our website hits when George’s articles hit the street.

His hard work, on his own time and strictly for his love of the Navy and the sea, earned him the Foundation’s Volunteer of the Year Award in 2015, an honor I was delighted to see bestowed on my “old” commanding officer by our Foundation president, Rear Admiral John Mitchell, a noted Engineering Duty Officer himself.

After he lost Mena, his beloved wife of 55 years in 2012, and as his health began to decline, he worked harder than ever to craft the stories that he was so adept at telling. During my last visit with him, a little over two weeks before his death, we were still talking about his next article which would build on one we published in December about the commercial use of gas turbine engines compared to their use by the U.S. Navy.  Sounds like a boring subject, but George brought the topic alive, and got you eager to learn more!  It was a trait that he had developed to a high degree his whole life, and his death is all the harder to take because this storyteller is now silent.

As I attend his funeral on February 9th, I won’t wish George the traditional “fair winds and following seas”—oh no, not for this consummate engineer!  Instead, I wish him good boiler water chemistry, hot main feed pumps, and cool main line shaft bearings as he steams into eternity with Mena at his side.