The Naval Historical Foundation made a commitment to the Navy a decade ago to build exhibits highlighting Cold War-era aircraft inside NMUSN’s Cold War Gallery. Former AD6/A4/A7 attack pilot and NHF Volunteer Captain Ted “Cash” Bronson, USN (Ret.) arranged for model sponsorships from prominent naval aviators like Jim Flatley, Jerry Miller, Tom Hudner, Larry Chambers, Ken Mattingly, and Neil Armstrong. In all, 44 models are currently on display inside the Cold War Gallery, including models of the planes piloted by the four Naval Aviators awarded the Medal of Honor.

Admiral Fallon weighed in on the importance of these planes in the history of the U.S. Navy during the presentation, noting that these aircraft were “absolutely essential to the successful outcome of the Cold War.”

The models in the MPA case are as follows:

All of the aircraft were constructed and personalized by LCDR Michael “Psycho” McLeod, USN (Ret.), a former F/A-18 pilot and current Delta Airlines captain. Like all of the other models on display inside the Cold War Gallery he worked on, McLeod made sure each detail for the models was as accurate as possible. He went so far as to visit P-8 squadrons in Jacksonville, FL, in order to get all of the antennas properly set on the Poseidon model. He even met with some of the plane sponsors just to make sure every iota of detail was noted. As Captain Bronson noted in his introduction to Admiral Harris, “there are even ejection seats inside the models!” 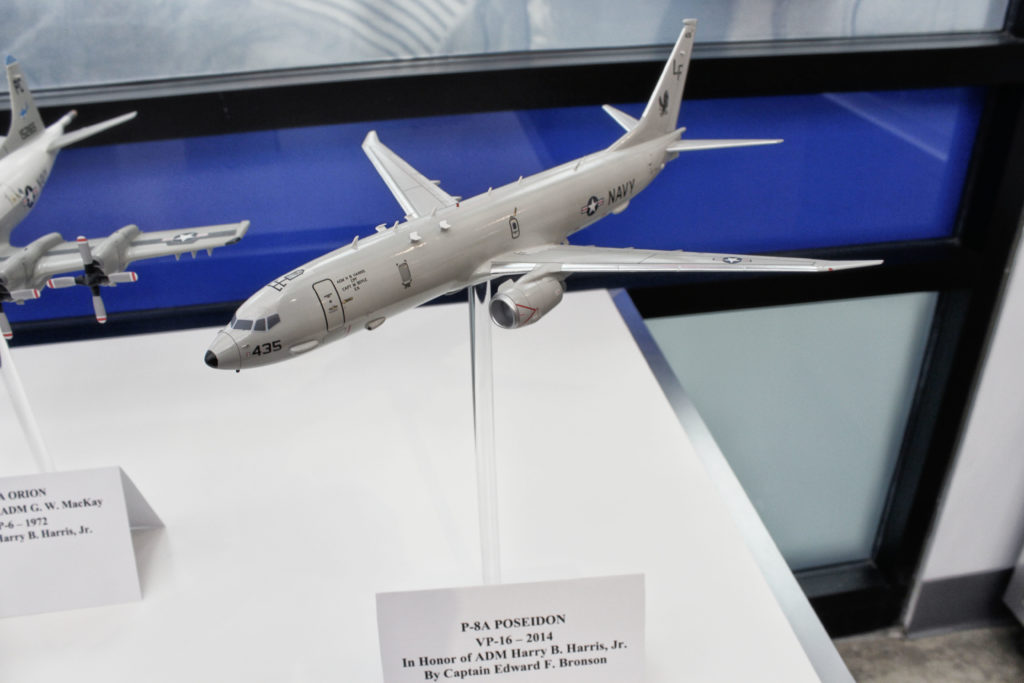 Special thanks to Monnee Cottman and the National Museum of the United States Navy for coordinating this story.