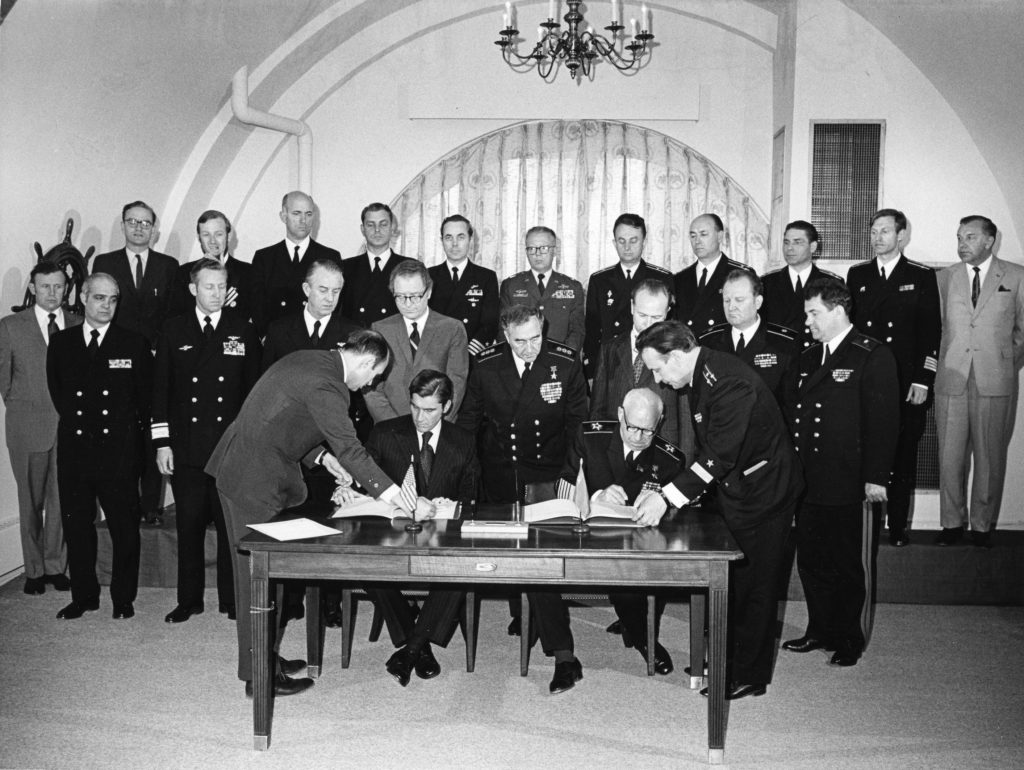 Naval Historical Foundation historian Dr. David Winkler recently traveled to Brussels, Belgium, to participate in a workshop to discuss the “Avoidance of Hazardous Military Incidents.” With the relations between Russia and the NATO alliance in decline due to the annexation of Crimea, ongoing fighting in the Ukraine, and contentious issues elsewhere, the London-based think-tank European Leadership Network convened a gathering of leading experts in the field to discuss current mechanisms to address conflict management and whether the current arrangements are sufficient to handle ongoing tensions. The venue for the workshop was Egmont Palace which was graciously provided by the Egmont Royal Institute for International Relations.

Dr. Winkler, whose dissertation on the Incidents at Sea Agreement signed by the U.S. and the Soviet Union was published by the Naval Institute Press in 2000 under the title Cold War at Sea: High Seas Confrontation between the United States and the Soviet Union , has stayed abreast of the topic, following developments in Asia with the signing of a Maritime Military Consultative Agreement in January 1998 and the Memorandum of Understanding On the Rules of Behavior for the Safety of Air and Maritime Encounters in November 2014 between the United States and China. The Naval Institute Press plans to publish an updated version of Dr. Winkler’s book in 2017.

Workshop organizer Lukasz Kulesa commented, “We benefitted a lot from having Dr. Winkler come to Brussels and his knowledge of both the Cold War origins of the agreements and current developments brought significant added value to the workshop,” and thanked the leadership of the Naval Historical Foundation for allowing Winkler to make the trip and share his expertise during a busy time for the organization.