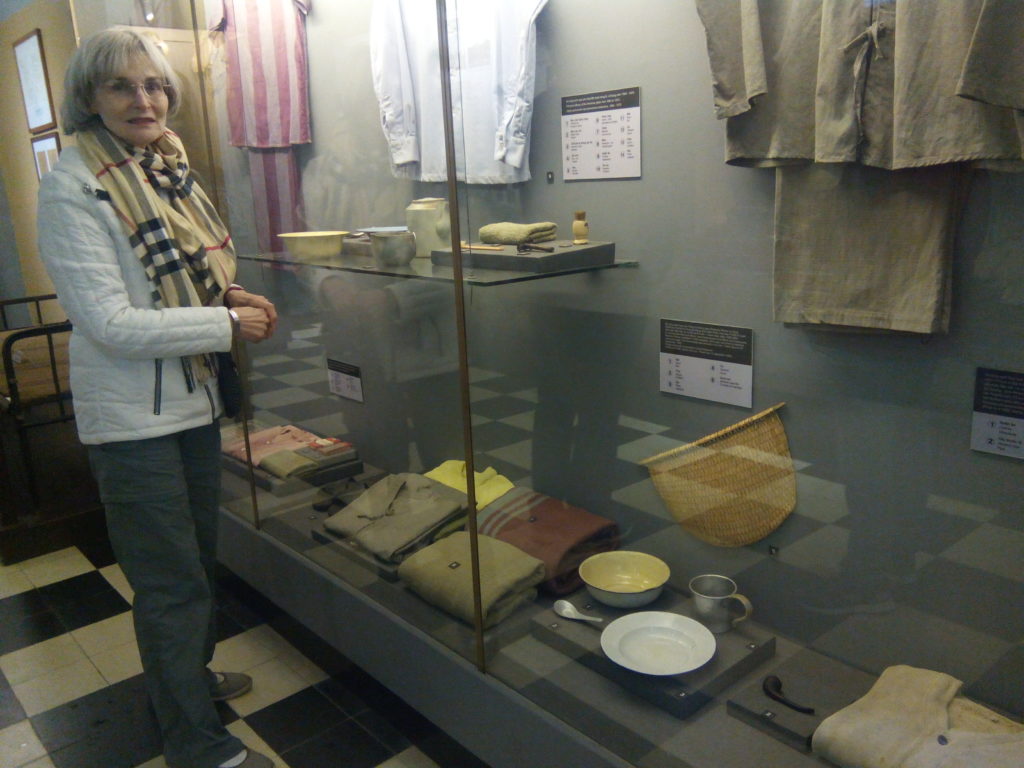 Today marks America’s observance of the National POW/MIA Recognition Day. It is a day to remember those service members who were either prisoners of war (POW) or are still missing in action (MIA). It is also a day to acknowledge the suffering and sacrifices made by POW/MIA families, some of whom
are still waiting for answers about their loved ones.

Retired Navy Captain and former Vietnam POW Ken L. Coskey remains a central figure in the storied history of this Foundation. This year marks the 43rd anniversary of the return of Captain Coskey and nearly 600 other Vietnam POWs to the United States from their long captivity in Southeast Asia. Then-Commander Coskey was shot down in his A-6A Intruder over North Vietnam near the city of Vinh on 6 September 1968. He spent the next four and a half years at the Hỏa Lò Prison, better known as the “Hanoi Hilton” by its occupants. He would go on to finish his career in the Navy in 1982, and served as the Executive Director of the Foundation from 1987 to 1999. He passed away in 2013.

Captain Coskey’s wife, Rosemary Coskey, remains an active participant and member of the Foundation, sponsoring prizes for naval history at each year’s National History Day Award ceremony. In February of this year, she wrote about her emotional and moving experiences on our blog about touring Vietnam and Hỏa Lò Prison in honor of her late husband:

“It’s hard to describe the feeling you get visiting the cells and seeing the displays.  The prison was built in 1896 by the French and most of the focus is on Vietnamese prisoners and their treatment.  But eventually the visitor comes to the spaces devoted to prisoners held during the “American” War.  I had read about and was prepared for the communist propaganda that describes how well the POWs were treated and how content they were—able to practice their religion freely, attend church services, celebrate Christmas, decorate a Christmas tree, receive gifts from home, play chess and basketball, etc.  Indeed, there were photographs and a video playing on a flat screen TV, backing back up their claims.  Of course, we know better but it is their museum after all, not ours.  Visitors should prepare themselves, but that’s another subject.” 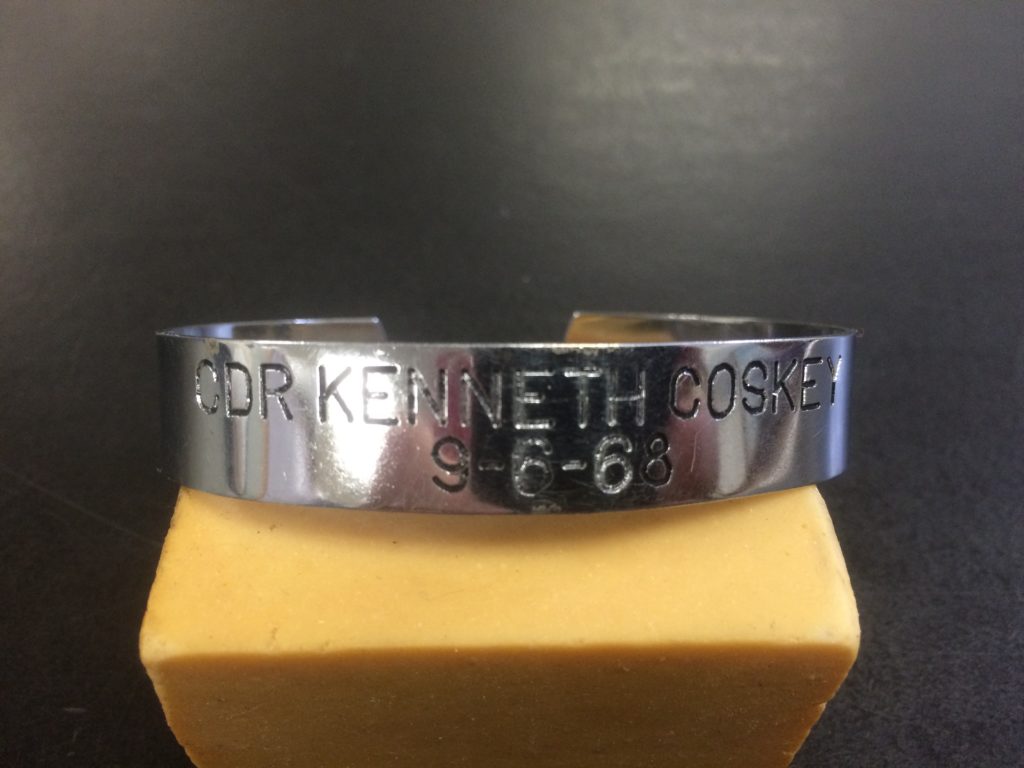 The Ken Coskey POW bracelet she wore during her trip was recently donated to the National Museum of the United States Navy with the help of the Naval Historical Foundation for future display. NHF also helped facilitate another donation of a Ken Coskey bracelet to the Palm Springs Aviation Museum in California for their Vietnam POW/MIA Memorial Bracelet Display. The bracelet was donated by Mr. William T. Holmes of Fairmont, WV. Visit the page for their POW/MIA Display at the Palm Springs Aviation Museum HERE.