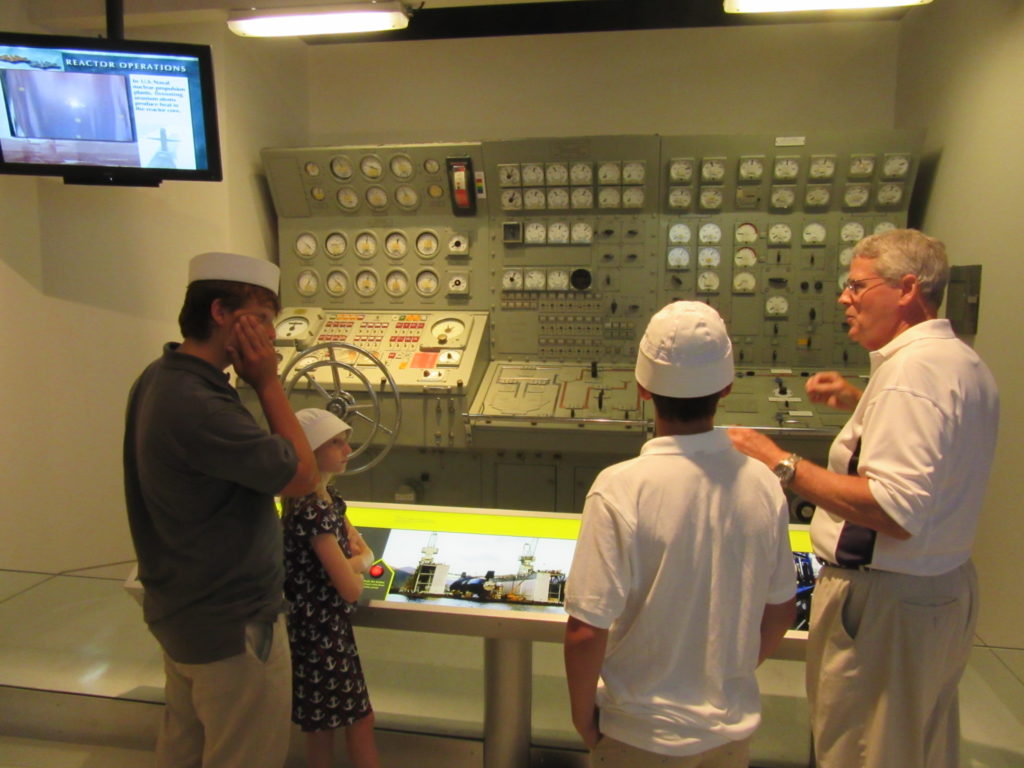 On a recent Sunday at the Washington Navy Yard, an Annapolis family demonstrated across three generations the importance of philanthropy in general and the value of America’s proud naval heritage in particular.  Annapolis residents Mike and Vicki Wallace, both Marquette University graduates, hosted four of their grandchildren for a week of seamanship and history.

After earning his Ensign’s commission through Marquette’s NROTC program, Mike spent five years in the Navy’s nuclear submarine force in the early 1970s, starting out as the Main Propulsion Assistant in USS Thomas Jefferson (SSBN-618). He is believed to have been, at the time, the youngest officer to qualify as Engineer Officer, reaching that milestone at age 24 ½ after having been on active duty less than three years.  After his 4th deterrent patrol, he was assigned as an instructor at the Naval Nuclear Power School in Bainbridge, MD. This assignment was evidence of the value that Admiral Rickover placed on the importance of good training and education for future nuclear-trained officers, by the level of expertise and capabilities of the school’s instructors.  While her husband was at sea, Vicki mastered the challenges of being a Navy wife and raising a family while developing her nursing career. After a distinguished career in the nuclear power industry, Mike has served on the Naval Historical Foundation’s Advisory Council and together with Vicki joined the Foundation’s Admiral James L. Holloway III Donor Society. Their generosity has helped NHF pursue its mission of preserving and commemorating naval history, and was instrumental in the construction of the “Covert Submarine Operations” exhibit in the Navy Museum’s Cold War Gallery. 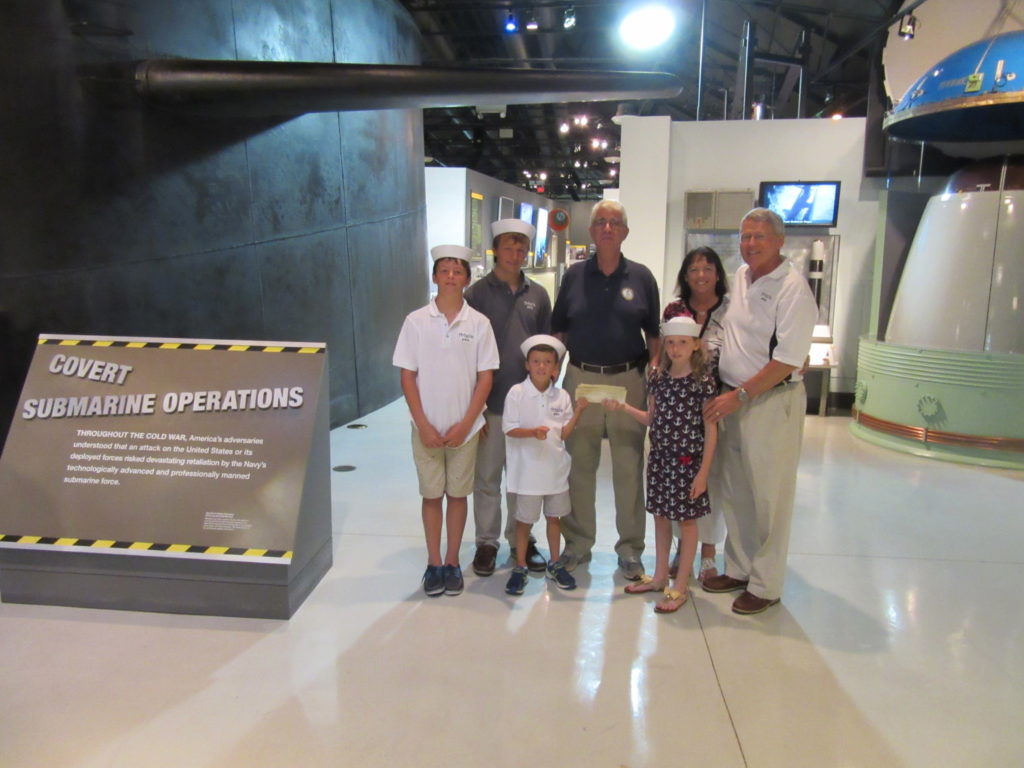 NHF Executive Director poses with the Wallace family during their recent visit to the Washington Navy Yard. (NHF Photo)

Travelling to the Washington Navy Yard to visit that museum and exhibit, Mike stood in the midst of the nuclear submarine display to explain to his grandchildren Alexander, Nathaniel, Isabella and Henry, whose ages ranged from 14 to 7, what he did to contribute to our nation’s defense during a tense and uncertain time in our history.  The grandchildren learned something special about their grandparents’ service and sacrifice for their country, and together with Mike and Vicki, each made donations to the Naval Historical Foundation on behalf of their family foundation. We congratulate Mike and Vicki Wallace and their family for their strong “giving back” ethic and for their generosity towards the Naval Historical Foundation. And we encourage other members to emulate this outstanding example of support for naval history!