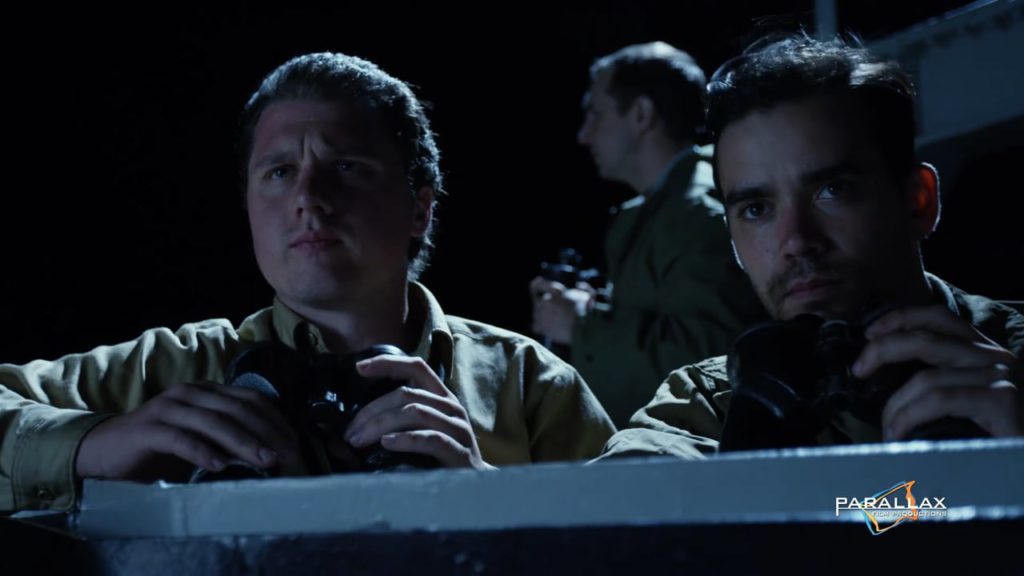 The Smithsonian Channel ‘s Hell Below series provides an important look at World War II submarine warfare in both the Atlantic and Pacific theaters with emphasis on actions by the U.S. and German navies.

“Part VI – Fatal Voyage” closes the series with a story of a boat, her captain, and includes all the key needed elements to fully encompass this topic. If Parallax Film Productions were to produce a single episode or if viewers must choose one of the six to watch, “Fatal Voyage” is it.

Captain Richard “Dick” O’Kane served as the commissioning and only commanding officer of USS Tang (SS-306) a Balao-class submarine. Though she had a short career, Tang and her crew were among the most lethal within the silent service.  During Tang’s first four patrols, she averaged one sinking every eleven days, totaling 17 ships and 72,000 tons. Tang is marked as only second during the war when measuring by the total number of ships sunk (24) or fourth if by total tonnage sunk (almost 94,000 tons). [1. The Silent Service – “The Tang’s Last Shot,” Jean Yarborough (1957; New York: Twin Dolphins Productions Inc.)]

Tang‘s success is in part because Commander Dudley “Mush” Morton  trained, guided, and mentored O’Kane during his tenure as Morton’s executive officer onboard USS Wahoo. Morton imbued his exec with an aggressive spirit and confidence that led to O’Kane becoming an innovative tactician.

Through the storyline, the audience learns that submarines during WWII spent most of their time and indeed would often attack while on the surface, diving only for stealth during approach and escape.

Captain O’Kane does employ his vessel’s unique capability to great advantage, often emerging from the deep at night, right in the midst of Japanese convoys. On more than one occasion O’Kane maneuvers so that Tang appears to be part of the Japanese formation before unleashing torpedoes in multiple directions, wreaking havoc and creating confusion before submerging again, allowing Tang and her crew to slip away.

On Tang‘s fifth and final patrol, her “Fatal Voyage,” she focused on Japanese shipping in the Formosa Strait.  In October 1944, she engaged a convoy, firing the last of her 24 torpedoes. This final shot malfunctioned, its fins causing it to racetrack right back into Tang‘s stern and detonated in her aft compartment.  O’Kane and three lookouts were thrown into the sea as the submarine sank. The rest of the disabled submarine’s crew found themselves fighting an “uphill” battle with Tang‘s stern on the bottom and her bow protruding from the surface. They decided to blow the air from the ballast tanks to allow the boat to sink, to dive one more time to avoid the enemy. The survivors prepared to evacuate through the forward escape trunk. Before emerging, Tang‘s crew endured one last series of depth charge attacks from the Imperial Japanese Navy.

Eventually, thirteen sailors attempted escape from a depth of 180 feet using the Momsen Lung. This was a self-contained re-breathing  device designed by Charles “Swede” Momsen, a diving officer who pioneered experimental diving, submarine rescue, and escape procedures. Momsen led the rescue and salvage of USS Squalus in May 1939 that is chronicled in The Terrible Hours. [1. Peter Maas, The Terrible Hours (New York: Harper Collins, 1999).]

Eight men made it to the surface, but three perished soon thereafter from the effects of battle and rapid pressure changes during ascent. The Japanese captured all of Tang‘s survivors. O’Kane and nine of Tang‘s crew served the rest of the war in a Japanese prison of war camp.

Tang‘s story is a hallmark of submarine service, a story told over and over again because of her actions against the enemy, her untimely self-inflicted destruction, and the fact that some of her crew escaped to tell the tale. This story is relayed in Silent Service Season 1, Episode 37 – “The Tang‘s Last Shot,” which featured Bob Denver as Tang crewmember ‘Murph” before his iconic role as Gilligan, and ended with brief words from an actual survivor, then Warrant Officer Floyd Caverly. [1. The Silent Service – “The Tang’s Last Shot.”]

“Fatal Voyage” presents an accurate and engaging depiction of this important vessel , her crew, and their contribution to the United States Navy’s war in the Pacific. The narrative, animation, dramatized reenacting, and commentary from historians provides a multi-faceted view that is entertaining and informative. The program puts Tang‘s final mission into context, disrupting shipping in the Formosa Strait to erode Japan’s ability to thwart MacArthur’s invasion of the Philippines. Though Tang‘s demise came from her own MK 18 torpedo, the program rightly reviews the infamous struggle to convince the Bureau of Ordnance that the MK 14 torpedoes were of faulty design. Before delving into the crew’s escape, there is a brief review of submarine rescue, noting that Squalus was the only known rescue with include footage included. Perhaps most enjoyable to those with a seaman’s eye is that the reenactments are clearly conducted on a World War II-era sub, in fact USS Cod (SS-224).

“Fatal Voyage”  could only be strengthened by a discussion of O’Kane’s experience as a POW, even if just a short segment informing the audience that survival required not only escape, but enduring capture, internment, and torture and that he received the Medal of Honor for his service as Tang‘s commanding officer.

Commander Stephen Phillips, USNR-Ret, served in the U.S. Navy as an Explosive Ordnance Disposal (EOD) and Diving Officer.  He is the author of two works of naval fiction, Proximity and The Recipient’s Son. CDR Phillips is a Doctoral Candidate in the Department of War Studies at King’s College London.