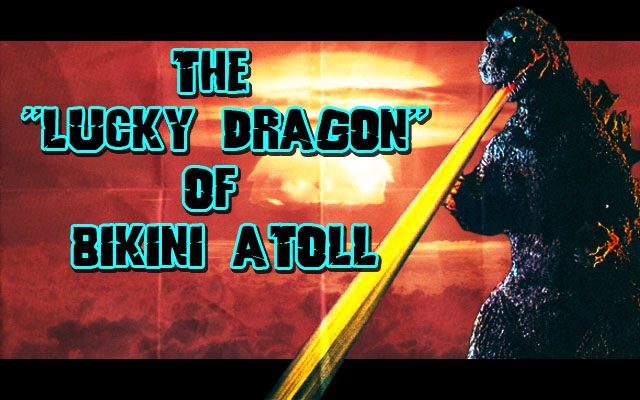 EDITORS NOTE: Bikini Atoll remained a nuclear test site long after shot Able and Baker devastated USS Independence. Eight years after the Able and Baker detonations, the United States tested a dry fuel hydrogen bomb, code-named Castle Bravo, on 1 March 1954. Far more powerful than the MARK III bombs use din 1946, Castle Bravo led to the most significant radioactive contamination by the United States in its history. The fallout, as will be discussed in this article by Kelly Helm, had dire consequences.

It is a peaceful night at sea on March 1, 1954. A group of Japanese sailors enjoy a bit of R&R on the deck of their ship; some play Go, a version of checkers, while others are playing harmonica and strumming guitars. It seems like all is well—until the Pacific begins to churn and bubble in the distance. There’s a bright flash of light and a loud boom; the ship immediately starts to capsize. Sailors leap overboard, and the radioman sends out a distress signal, but it’s already too late for the Daigo Eiko-Maru. The ship plunges to the bottom of the Pacific with the entire crew aboard, the water still churning and bubbling an eerie shade of whitish-grey.

Although it sounds like reality, this is the opening scene from Ishirô Honda’s 1954 classic Gojira, released in the United States in 1956 as Godzilla, King of Monsters with additional footage of Raymond Burr as an American reporter. This film—and its countless sequels, remakes, and spinoffs—continues to both frighten and entrance international audiences 62 years after its initial release. Honda stated years after making Godzilla that he “wanted to make radiation visible.” Thus, Godzilla was created to represent both the action and consequences of atomic bombs. Honda did not stop with this single symbol, though. He continues his anti-atomic weapon message throughout the film, or at least the original Japanese version, using both symbolism and parallelism to depict the horrors the Japanese lived through after the bombing of Hiroshima and Nagasaki.

The opening scene of Godzilla is an indirect connection to the United States’ atomic testing at the Marshall Islands. On the night of the March 1st test, the crew aboard the Daigo Fukuryu Maru, or Lucky Dragon No. 5, were fishing for tuna off the Bikini Atoll. The ship itself was approximately 85 miles from Castle Bravo’s detonation, making them outside of the blast zone anticipated by U.S. atomic testing experts. However, due wind and weather changes, and simply the limited knowledge of atomic bombs, a giant cloud of radioactive ash fell onto the boat at approximately 6:45am—three hours after the initial blast. Captain Hisakichi Tsutsui and his crew continued pulling in their fishing nets while the ash fell around them for five hours, then returned to their home port of Yaizu, Shizuoka, on March 14 with nine tons of unknowingly-radioactive tuna. The men already began showing symptoms of radiation sickness while at sea, and these were confirmed upon their return; both Chief Engineer Chuji Yamamoto and sailor Yuichi Matsuda chose to go to Tokyo for further treatment. Over the next several months, symptoms progressed for all 23 Lucky Dragon crewmembers, with one succumbing to the radiation in September 1954. 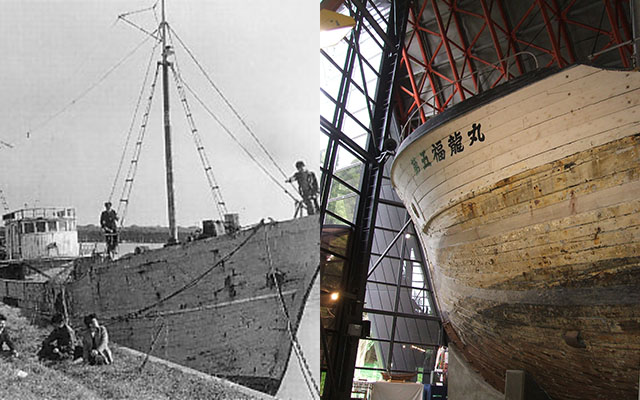 The story of the Lucky Dragon and her crew was highly publicized throughout Japan. Newspapers had reporters stationed both in Yaizu and in Tokyo, following American doctors and atomic experts who came to partner with Japanese medical staff to treat the Lucky Dragon’s crew. The media, however, became highly biased due to an internal tiff between the Ministry of Foreign Affairs and the University of Tokyo’s medical division, with newspapers forced to side with either the far-left or far-right. This lead to further publicity and an underpinning of anti-American sentiment due to cultural differences between the Japanese and American doctors when it came to bedside manner. The American doctors are portrayed as using the injured crewmembers as guinea pigs to see the consequences of radioactive ash; the doctors themselves maintained that they were on a humanitarian mission to save the 23 men. 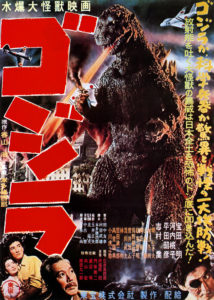 Honda uses parallelism between the opening sequence of Godzilla set the anti-atomic war message shown throughout the rest of the film. With the plight of the Lucky Dragon’s crew, Bikini Atoll atomic testing, and the bombings of Hiroshima and Nagasaki fresh in the Japanese mind, it goes without saying that the average filmgoer would immediately draw the necessary parallels between the opening sequence and current events. Honda would later state that he did not want to repeat the actual scene that took place on the Lucky Dragon; this would upset the filmgoers. Instead, he created the Daigo Eiko-Maru and her crew, setting the tone for the rest of the film.

Godzilla continues to discuss the consequences of atomic bombs in the rest of the film, or at least it does in the Japanese version. The original Japanese film was 98 minutes long; the American version, including 20 minutes of footage in which scenes including Raymond Burr were inserted or original footage was redubbed for U.S. audiences, was 80 minutes long. Some of the lost or redubbed moments include people comparing seeking shelter from Godzilla to Nagasaki, and a conversation between Ogata and Yamane about the results of Hiroshima and Nagasaki. The American version also omits a key term: radiation. These alterations allegedly make the film more palatable for the American audience. However, the anti-American sentiment can still be seen in the American version if the viewer pays attention to detail.

This being said, Godzilla itself is not an anti-American symbol. Instead, as previously stated, the “King of Monsters” is the physical embodiment of radiation and atomic energy. It wreaks havoc throughout Japan mercilessly, yet does not show direct anger or hatred toward the Japanese. Godzilla moves like a wild creature, or wild energy, with a disregard for anything in its path of destruction. Atomic bombs function in the same way, annihilating anything within the blast radius. By personifying—or lizardifying—the images within Japan’s collective consciousness, the population as a whole could better cope with the lingering consequences of atomic radiation.

Kelly Sirles Helm is the daughter of a sailor and holds the deepest regard for all giant city-trampling monsters. She holds an M.A. in English Literature from Arcadia University and an M.S. in Library Science from Long Island University.