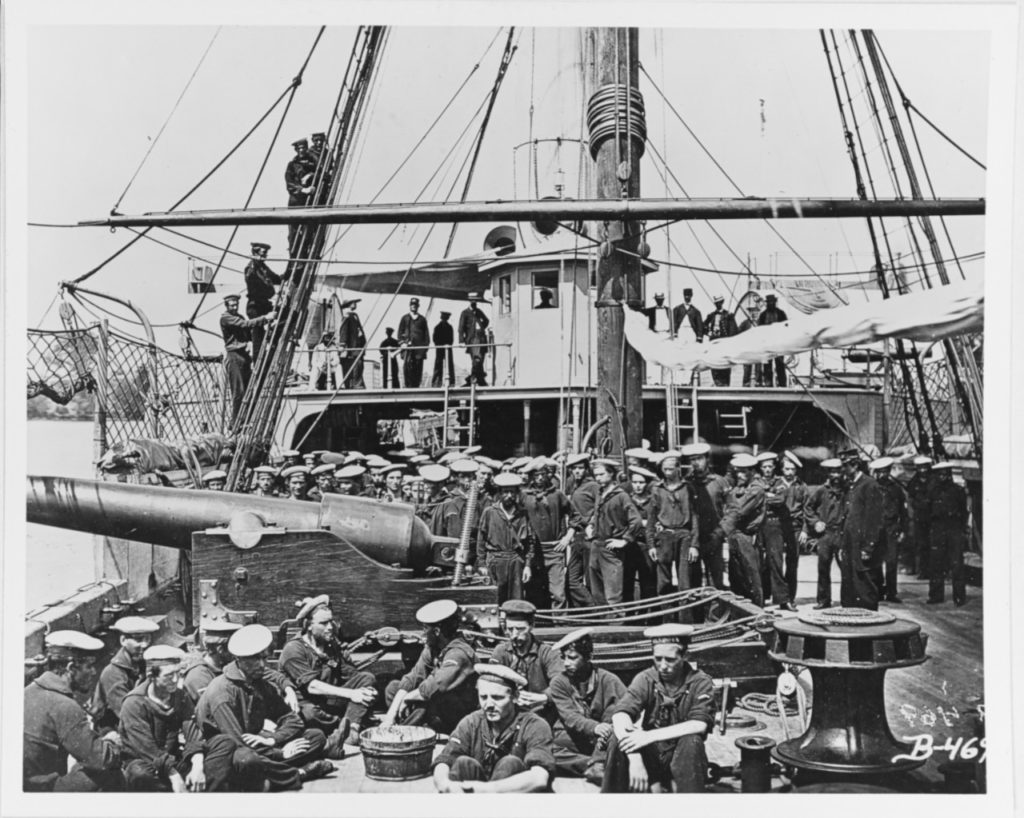 Ship’s officers and crew on the foredeck, 1864-65. Photographed by Matthew Brady. Note 100-pounder Parrott rifled gun on a pivot carriage; men wearing white flat hats with the ship’s name on the hat ribbon; foremast and yard; anti-boarding netting; and capstan. The original negative is # 111-B-469 in the National Archives. U.S. Naval History and Heritage Command Photograph.

You never know where you find naval history. A recent email exchange that began through our social media outlets led to some interesting information one of our Facebook fans was kind enough to share about her family and professional ties to naval history. 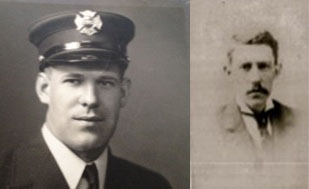 During my childhood in the 1950s and early 1960s, my father, Alexander Leslie Winterbottom, told me about the history that was not taught in schools.  One part of that history was the service of black Americans in every war the United States has fought.  As a young adult, I learned that my paternal great-grandfather, Alexander Leslie Bower, had served in the Union Navy from 1864 – 1865 as a landsman aboard USS Mendota.  In researching the USS Mendota, I learned that the Union Navy, unlike the Army, was integrated prior to and during the Civil War.  In fact, some of the most experienced sailors at the outbreak of war were black.

Years later, I became the teacher librarian at an elementary school with a large minority population.  Part of the fifth grade history curriculum was the Civil War.  The fifth grade teachers asked if I would create a Civil War research project for their students to complete during their library instructional time.  In planning this unit, I looked for topics that would interest my students.  The three topics I decided upon were blacks in the Union Navy, Fort Pocahontas (manned by white and U.S.C.T. who defeated Confederate cavalry) and Edward Ratcliff (a local U.S.C.T. who earned the Medal of Honor).

Each class was divided into six groups of 4 students.  Two different groups researched each topic.  The completed project was a PowerPoint presentation that included four facts and four pictures.  The four web sites that the students used were:

Each group presented their PowerPoint project to the class then I saved each class’ projects to a flash drive provided by the teacher.   The teacher in turn saved her class’ projects on the flash drives of each student so they could be viewed at home.  Parental response was very positive.

Do you have a personal story about naval history you would like to share? Please email Matthew T. Eng at meng@navyhistory.org and help us share your naval history.