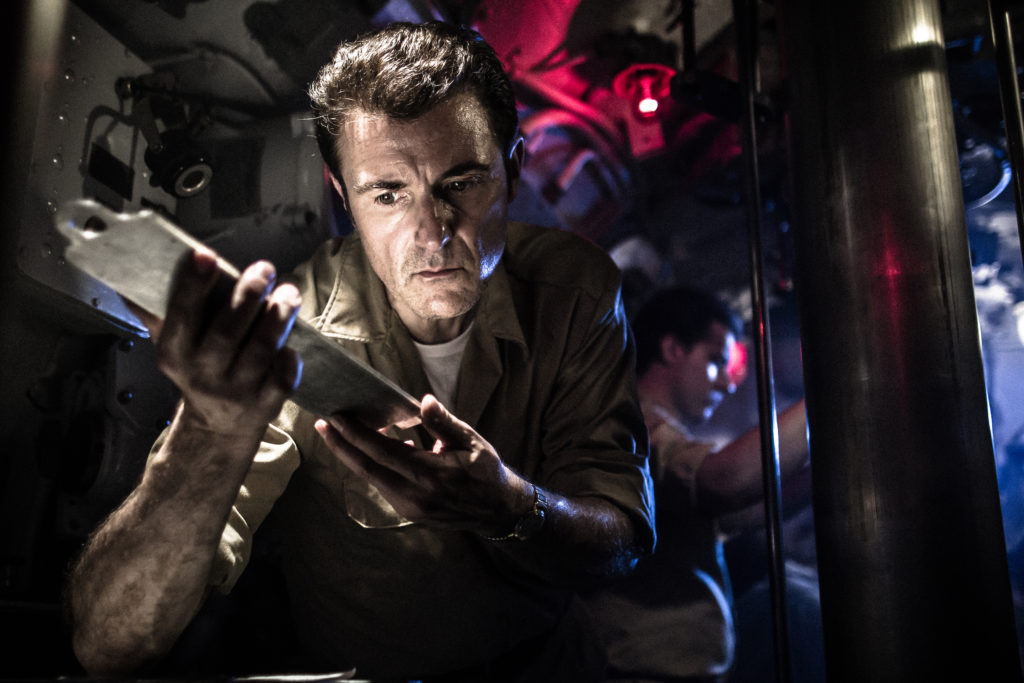 Episode Three of the Smithsonian Channel’s new documentary series Hell Below, “America Strikes Back,” is a good rendition of the U.S. submarine service’s role in the Pacific War.  Like all documentaries and other works of history, however, it has both strengths and weaknesses.  I think the strengths outweigh the weaknesses but the weaknesses do need to be noted given the lack of military background among a majority of the American public and given the power of entertaining but fantastic fictions such as U-571 and The Hunt for Red October.

First, the strengths.  It is encouraging to see episodes devoted to the U.S.’ submarine war in the Pacific.  The number of documentaries about the Battle of the Atlantic and the U-boats are legion but there are only a couple of documentaries dealing with the U.S. submarine war in the Pacific, done by the History Channel some years ago.  The Smithsonian Channel should be commended for taking this on.

There is a very effective strategic background given to the war, especially by Dr. Norman Friedman (no relation).  Viewers will get a good idea of the resource poor Japanese Empire’s strategic weaknesses and the attempt to compensate for those weaknesses in its national security policy by conquering a self-sufficient empire in East Asia and the Western Pacific, the vaunted Japanese East Asian Co-Prosperity Sphere.  Japan as a resource-poor nation, in fact, is what will allow America’s submariners to wreak such havoc on the island empire by effectively strangling its economy by 1944-1945.

Related to strategy, the episode makes good use of maps so that the viewers’ understand that the U.S.’ submarines were operating in the Pacific Basin and that the Pacific Basin was vast.  The difficulty of sometimes finding targets with old maps, such as Wewak in Melanesia and Palau in Micronesia, will add geographic flavor to the episode.  This context is also added to by focusing the viewers on the limitations of diesel-electric submarines as opposed to nuclear-powered ones and advantages of the Torpedo Data Computer (TDC), the latter nicely referred to as revolutionary since it might seem quite quaint to today’s viewers.

The episode also did a credible job in illustrating what the late Clay Blair wrote about decades ago, the need for the Pacific Fleet to clear older, more timid submarine commanders out of their billets in favor of younger, more aggressive ones like Lieutenant Commander Dudley “Mush” Morton. [1. Clay Blair, Silent Victory:  The U.S. Submarine War against Japan (Annapolis, Maryland:  Naval Institute Press, 1975). ]  Given Marc Milner’s analysis of German submarine success largely resulting from the efforts of a small number of submarine aces, Episode Three implies (though does not fully clarify) that there was the same concentrated talent with U.S. submarine commanders like Morton.

How the Navy operated in this environment is also demonstrated by looking at the ways in which Morton mentored more junior officers for higher command, such as Lieutenant (later Rear Admiral) Richard O’Kane.  The Navy’s institutional culture is also illustrated with the “Clean Sweep” broom at the end of the successful patrol.  In addition, the savagery of the Pacific War is shown by Morton ordering his crew to kill floating Japanese survivors.  Additionally, mistakes in war are analyzed when it turns out that large numbers of those survivors were actually Indian prisoners of war.

Now, the weaknesses.  I think the entire series suffers from the use of the word “warrior” as it pertains to these men.  These were military professionals of the 1940s and while it is for some reason fashionable in American society today to refer to U.S. military service members as warriors, the World War Two generation did not.  In fact, they would have taken the term to be an insult since warrior usually meant to them someone who was undisciplined and less than professional. 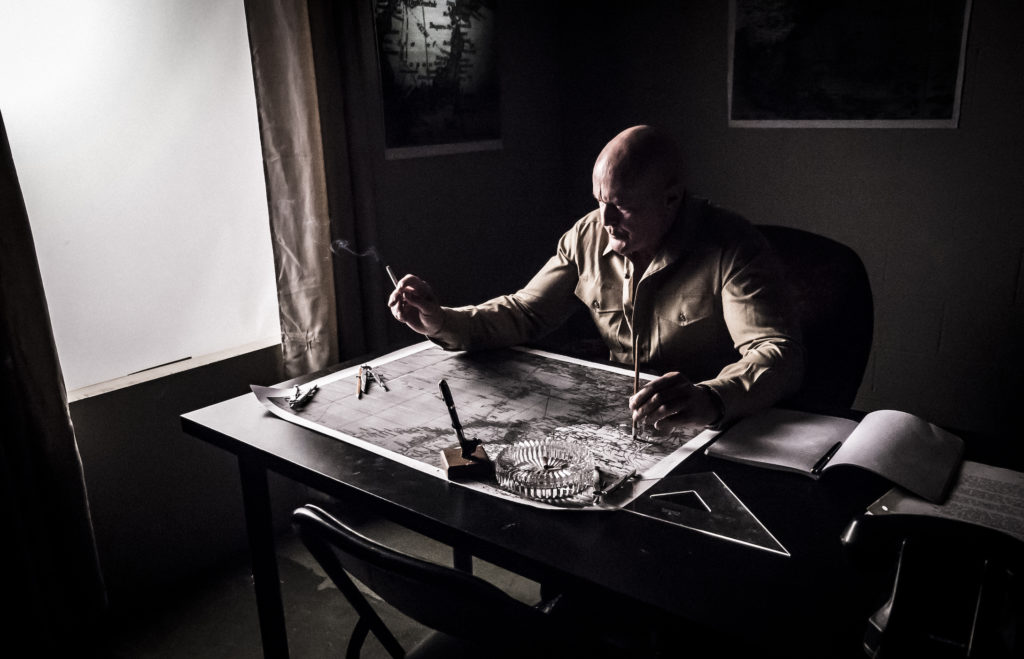 In addition, the documentary mentions the change in submarine strategy from fleet scouting to destroying merchant shipping, not to mention warships when the targets were available.  However, there could have been an additional mention of the interwar controversy surrounding the December 1941 order by Admiral Harold Stark, then-Chief of Naval Operations, for U.S. submarines to begin unrestricted submarine warfare.  That point would have resonated well in the episode since the United States had been condemning unrestricted submarine warfare since World War One and then adopted the strategy at the beginning of the Pacific War without any public debate and even without Stark receiving orders from civilian authorities. [1. Joel Holwitt, “Execute Against Japan”:  The U.S. Decision to Conduct Unrestricted Submarine Warfare (College Station, Texas:  Texas A&M University Press, 2009). ]

References to popular culture might have improved the episode even more.  For instance, was Morton’s “down the throat” shot the inspiration for Navy Captain Edward Beach’s scenarios in his novel Run Silent, Run Deep, which was later made into a major motion picture?  Beach’s biographer argues otherwise, [1. Edward Finch, Beneath the Waves:  The Life and Navy of Capt. Edward L. Beach, Jr. (Annapolis, Maryland:  Naval Institute Press, 2010). ] but the issue being explored would have given viewers some idea about how historians approach their craft.  Similarly, Morton’s surface killing of survivors from the Japanese convoy was illustrated in an episode of War and Remembrance, another popular culture reference that could have been a further avenue of exploration for interested viewers.The episode also failed to explain why Morton seemingly had good luck with his torpedoes.  In fact, in an American popular culture that likes to illustrate nothing but American military successes and given the realities of the bureaucracy of war and the mistakes that are made, it would have been very educational for viewers to see the Navy Bureau of Ordnance’s incompetence when it came to ignoring submariners’ reports about faulty

The episode also failed to explain why Morton seemingly had good luck with his torpedoes.  In fact, in an American popular culture that likes to illustrate nothing but American military successes and given the realities of the bureaucracy of war and the mistakes that are made, it would have been very educational for viewers to see the Navy Bureau of Ordnance’s incompetence when it came to ignoring submariners’ reports about faulty exploders and depth settings.  That it took so many of Morton’s torpedoes to sink the Arizona Maru might mean that he also had problems with his weapons, but the torpedo problems were entirely left out of this story in spite of the fact that they were so central to the U.S. submariners’ war.

Another aspect to the war as a case study in bureaucracy is the focus on Morton.  He is, no doubt, key but he was also one person in a very large organization and there were others like him.  These were not only more junior officers like O’Kane and Beach himself but contemporaries of Morton’s such as Lieutenant Commander Sam “The Destroyer Killer” Dealey, who was given credit by Beach’s biographer as the first sub skipper to succeed with a down the throat shot. [1. Finch, Beneath the Waves, 76-88. ]  If the latter claim is accurate, that should have been researched and confirmed.  Even if not, though, the point is that Morton and Dealey were team players on a large team.  Whenever a documentary focuses so much on one person, it distorts what viewers will take away in terms of an authentic military context.

Finally, when it came to special effects, there needed to be some sort of variety of torpedo shots hitting the under-hulls of ships.  Literally the same shot was used for all three episodes so far and that doesn’t give a very realistic perspective of the three- dimensional conflict which was the Pacific War.

As noted, the strengths outweigh the weaknesses, but the weaknesses are noteworthy.  Hopefully, the Smithsonian Channel and other venues will continue to work on historical documentaries and continue to strive for improvements.

Hal Friedman is Associate Chair of History at Henry Ford College in Dearborn, Michigan.  He is the author of a trilogy on U.S. national security policy toward the Pacific Basin between 1945 and 1947 and is completing another trilogy on the transition of the U.S. Naval War College from the Pacific War to the Cold War in the Pacific in the same time period.