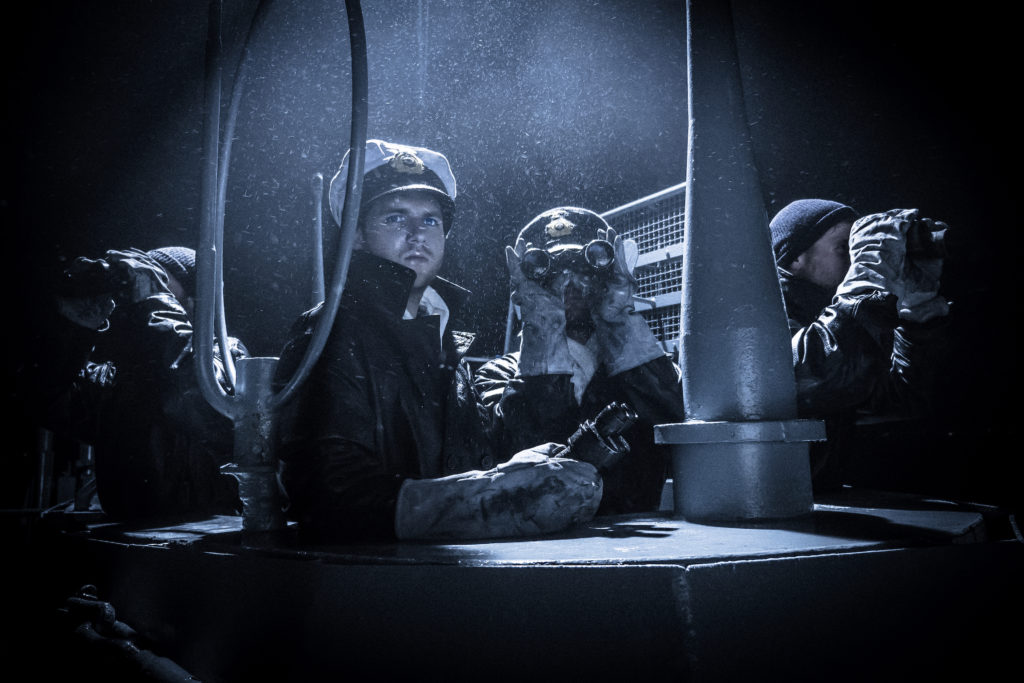 Read our PART I review here.

The second episode of the new Smithsonian series on undersea warfare during World War II continued with the devastating efforts of the Kriegsmarine U-boat fleet as the United States entered the war following the Japanese attack at Pearl Harbor. Growing up in Northern New Jersey, we vacationed at Seaside Heights later of “Jersey Shore” fame. Located on a barrier island, I recall locals telling of the war and witnessing ships being sunk off the coast. Indeed, I was told a submarine actually entered Barnegat Bay to attack shipping.

This episode, interestingly titled “Hitler’s Revenge” (revenge for what?) reaffirms the stories that I was told of a young boy about the toll taken on allied shipping after America entered the war. Shortly after the American entry into the war, Admiral Karl Doenitz receives approval from Adolf Hitler to send five Type IX boats to the Canadian-American seaboard to stalk allied shipping. The Type IX boats were an upgrade of the Type VII boats as the had the “legs” to transit the Atlantic and spend time on station.

In this episode, the narrative focused on the exploits of Reinhart Hardegen who commanded U-123 which successfully sunk eight merchant ships mostly in the vicinity of New York during this initial phase of Operation Paukenschtag (Drumbeat.)

Watching the ease of how the Germans eventually accounted for some 700 ships during the early months of the war is quite the head-scratcher given that the United States had seen German U-Boats in action for two years before its entry and had already suffered from German torpedo hits. As the program pointed out, the Americans anticipated the arrival of the Germans thanks to broken codes and signal direction finding capabilities. Why was it that the resources simply not in place at the time? The Naval Reserve had been fully mobilized by mid-1941. Where were they? Perhaps, in retrospect, that destroyers for bases deal that sent the British 50 American old destroyers in exchange for basing rights was not a good deal for the U.S. Two partial explanations were that the U.S. had concerns in the Pacific with even fears of a Japanese attack on the West Coast. Then it was noted that the Americans used many of its combat vessels to escort troop carriers to Britain, voiding their use along the coast.
Again the program intersperses reenactors with period footage to good effect. It’s noted that in many of the scenes, the actors portraying Doenitz, King, and other naval admirals are just gazing intently. If they were given fictional sentences to speak, it would detract from the historical accuracy that the series is attempting to maintain.
This week Norman Friedman joined the international ensemble of highly qualified talking heads that appeared throughout the program. His observations are always insightful and I look forward to hearing him talk next week when the episode discusses the American submarine campaign against the Japanese Empire – the topic that is in Friedman’s wheelhouse!

Dr. David Winkler is the Historian and Director of Programs at the Naval Historical Foundation.