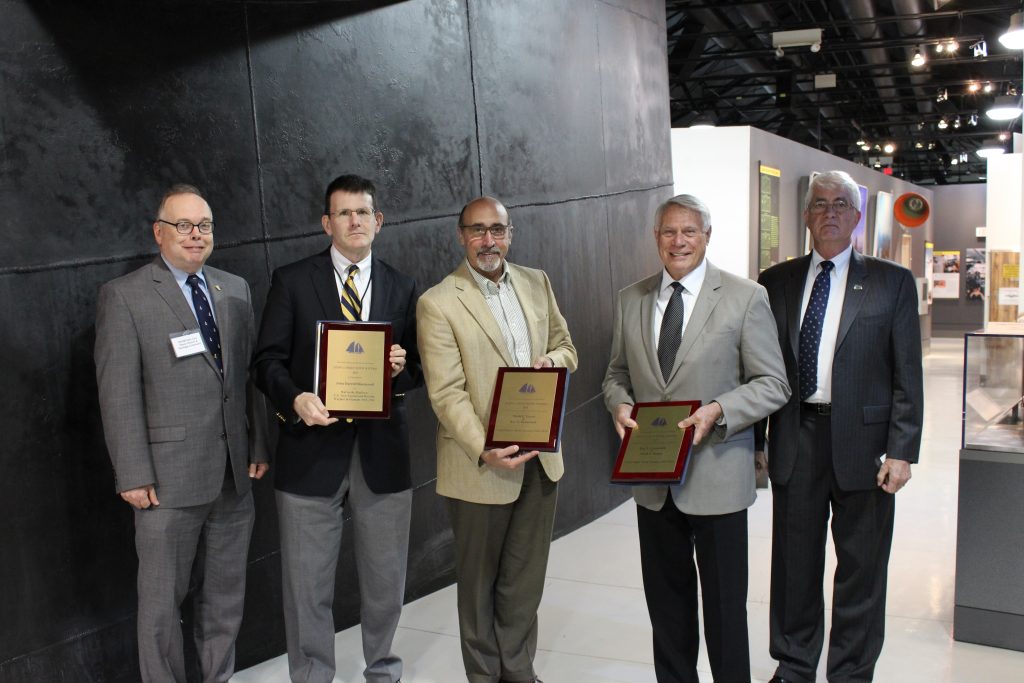 Members and friends of NHF had the opportunity to meet for fellowship at this year’s annual meeting at the Washington Navy Yard on 11 June. It was a great day to sit back and reflect on the many accomplishments of the Foundation and our members since they gathered together last year.

Sufficed to say, it’s been a productive year for the Naval Historical Foundation. From June 2015 to June 2016, the Foundation has been involved in several major projects that correspond to our main mission: the preservation, education, and commemoration of naval history.

We look forward to another great year!

NHF Volunteer of the Year

NHF recognized former staff member and current volunteer STEM-H education coordinator Captain John Paulson, USN (Ret.) as the 2016 NHF Volunteer of the Year. John helped secure a recent STEM grant with the Naval Academy and Hornet Museum, which helped train museum and historic ship educators this past year. He has also expanded NHF’s STEM-H program through engagement with Dr. Robert Ballard’s Ocean Exploration Trust and his exploration vessel Nautilus. In the words of Admiral Fallon, “we simply could not function today without John.”

“The Monitor,” by Bishop Allen 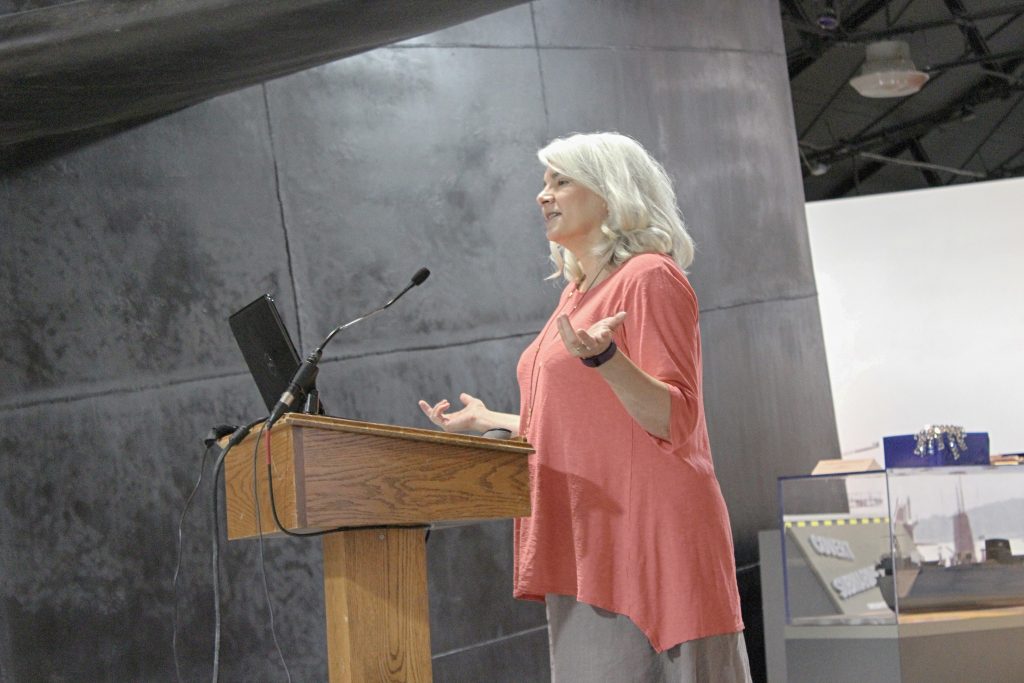 Who knew that USS Monitor had a connection to Swedish death metal music? Anna Holloway, apparently.

Over the course of her career, she has grown to become one of the foremost experts on the Civil War ironclad. She previously served as the Vice President of Museum Collections and Programs and Curator of the USS Monitor Center at the Mariners’ Museum in Newport News, VA. During her time there, she helped develop the award-winning “Up Pops the Monitor” exhibit, which formed the basis of her talk at this year’s meeting. 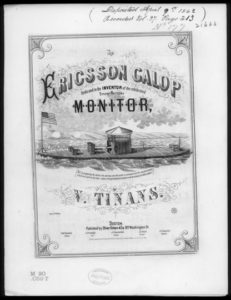 According to Holloway, the Monitor as a vessel and symbol of the U.S. Navy was “personified in many ways following the engagement in Hampton Roads.” Unlike CSS Virginia, individuals took it upon themselves to assign personalities to the ship and use that as a selling point for everything from ballads and songs to newspapers. The evidence is clearly visible in contemporary books, music, newspaper articles, and art, which Holloway expertly guided guests through. To her, it was Monitor “that developed the true personality” because it was always about the machine, and not the people inside of it. Indeed, her description of Monitor’s impact on popular culture is just one of the ways that naval history as a discipline is rather unique: we remember the ships from the past, but not necessarily the men or women that sailed in them. In effect, Anna is using the example of a Civil War ironclad to change how we understand naval history and its impact on culture today.

The highlight of the presentation was Anna’s descriptions of songs and ballads penned in honor of Monitor and her 1862 fight with CSS Virginia. Most contemporary songs, popular in parlors, were mostly segregated to the North. It was fascinating to hear musical snippets from the “Monitor Polka” and “Ericsson Galop,” many of which are available to hear courtesy of the Library of Congress. Even music’s top artists today, which Holloway mused “would give you cool points if you mentioned it to your kids,” used the story and personification of Monitor to sell records. Two notable examples are indie artists Bishop Sullivan and Titus Andronicus, who based songs and albums off Monitor and her engagement at Hampton Roads. Even one hundred and fifty years later, “the ship continues to sell music today.”

She ended her talk by discussing the time that Monitor came to the Washington Navy Yard in October 1862, describing it as a media sensation. “Anybody who was anybody,” she said, “came down to the Navy Yard to see the famous ship.” For Washington, D.C. residents, she was both the savior of the Union and a true celebrity, one again solidifying Holloway’s assertion that the ship, not the men who sailed in it, was the hero.

A New Vector for NHF

One of the most important and exciting things to come out of the meeting was the announcement of a new “vector” by NHF to gain membership and relevance with the general public. This new “vector” is something that Chairman Admiral Fallon and President Rear Admiral Bud Langston have worked with the staff over the course of the Spring to formulate. In effect, we want our members and potential members to rediscover our maritime domain in the 20th century by using our rich naval and maritime heritage of the past.

NHF is currently forming a plan to assemble a volunteer cadre of energetic enthusiasts willing to spend time helping us partner with deep sea exploration that enables us to rediscovers naval history and actively supports our mission of preservation, education and commemoration.  Our goal is to begin a new expanded dialog about the maritime domain and inspire a new generation of maritime enthusiasts by illuminating naval history and the importance of maritime security in protecting our oceans for a safe and prosperous future.

Stay tuned for exciting opportunities for interested parties in the near future.