The Puget Sound Navy Museum in Bremerton, Washington is excited to announce the opening of a new exhibit on March 4th. “When Baseball Went to War” explores the history of U.S. Navy baseball from its earliest years through World War II.

Baseball was among the earliest team sports played at the U.S. Naval Academy, getting its start around the 1860s. By the late 1800s, there were many ship-based teams and leagues. Quickly, the excellence of a ship’s ball team was seen to reflect the excellence of their command.

During World War I, baseball truly became integrated into Navy training. The exhibit features a World War I-era Navy aviator’s baseball uniform. By the 1930s, sailors had brought the game to dozens of countries, including Japan, China, Nicaragua, the Philippines, Haiti, Cuba, and Brazil. 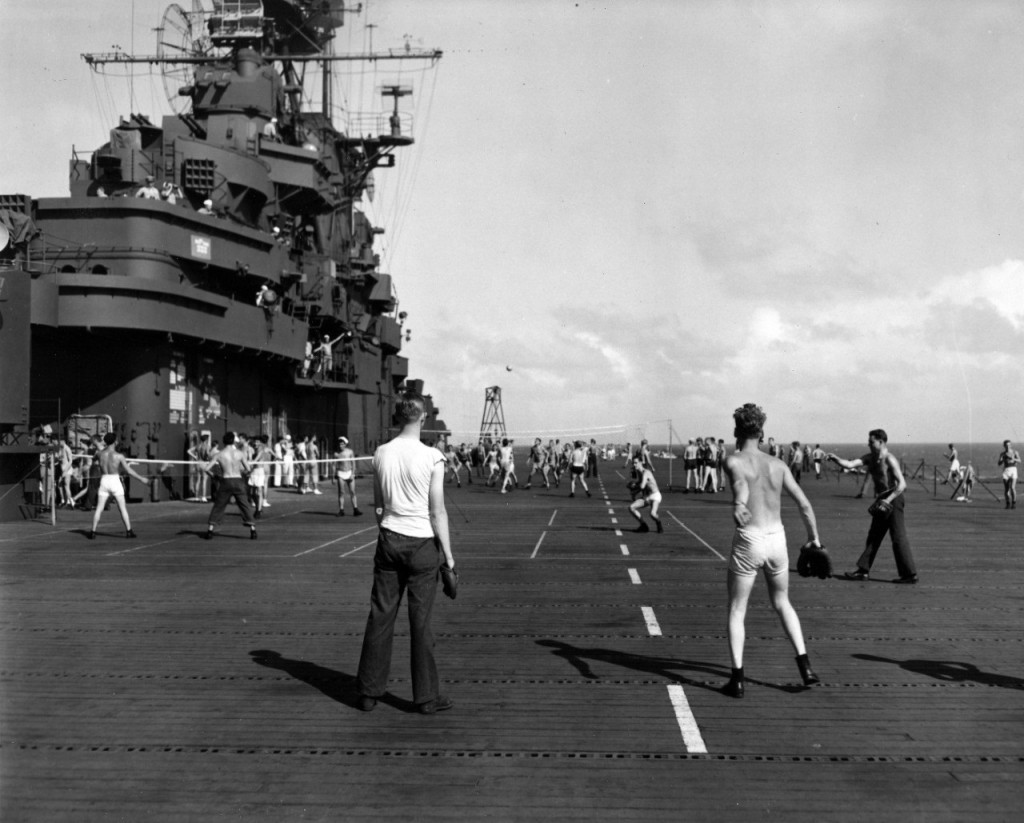 Though most ships did not have enough space for a baseball diamond, ballgames while on dry land – and games of catch while at sea – kept sailors in shape. Baseball games were even played on the deck of aircraft carriers. (Puget Sound Naval Museum)

Baseball was a major morale booster throughout the war years, both on the home front and on the fighting fronts. “Reading about the Yankees or the Dodgers made the deck of a destroyer in the middle of the Pacific seem a little more like home,” said sailor Richard Nowak. Sailors could pick up a ball, bat, or glove in foreign theaters and feel like they were back in their neighborhood sandlot. They played baseball whenever and wherever they could. When Americans went to war overseas, so did baseball. Service baseball flourished in both the European and Pacific theaters, as well as Navy bases throughout the United States.

“When Baseball Went to War” opened on March 4, 2016 and will remain on view for two years.