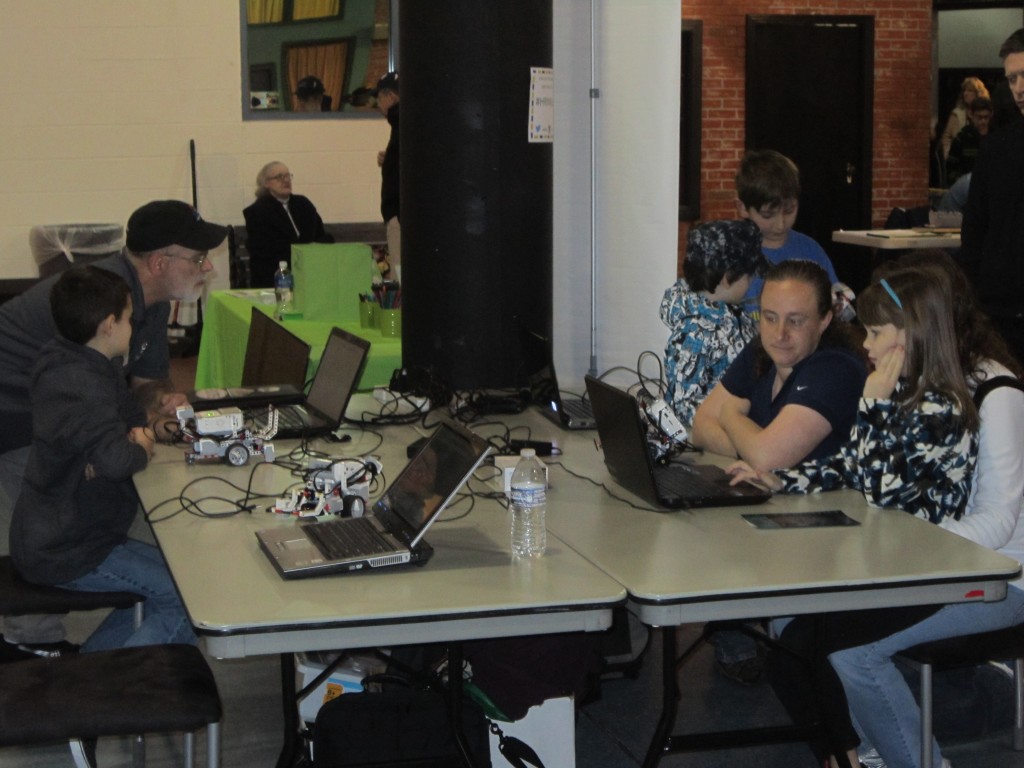 Kids and volunteers use the LEGO EV3 Mindstorms sets during the 2016 LEGO Shipbuilding Event. (Photo by John Paulson/NHF/Released) 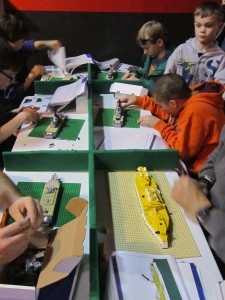 Over 2,000 visitors flocked to the Norfolk waterfront for LEGO fun this year, making it their largest event to date. According to HRNM Deputy Education Director Laura Orr, the influx in participation was due in large part to the change of venue. “We had the fantastic opportunity to work with Nauticus and move the event nearby to the Half Moone Cruise and Celebration Center, which addressed our growing need for space in previous years,” said Orr. Because of this venue change, HRNM was able to invite other organizations such as the First LEGO League of Virginia and Engineering for Kids to do LEGO robotics demonstrations and activities for participants and attendees. “That was a big hit,” said Orr. Attendees had more space to view contest participants and build their own brick ship creations in the free play area. Laura also noted the importance of local volunteers, the majority of which were active duty Navy. “We couldn’t do it without them,” noted Orr. The popularity of the single-day event helped education staff at the museum develop a year-round educational program based on STEM principles and ship designs for local kids in the Hampton Roads area. Indeed, the museum prides itself for its quality educational program and accessibility to local area schools. Their new program will surely not disappoint. All of the HRNM-produced designs from this year’s competition are available to download for FREE on their website.

The most popular activity of the day was the shipbuilding contest. This year, HRNM separated contestant groups between those made at home and those built from LEGOs provided at the event. Participants (and parents) responded well to the new direction, as it allowed the opportunity for more kids to receive prizes on an even playing field. There were 107 individual entries for ships made by contestants at home, by far the most in the event’s history. Former NHF staff member and current NHHC Photo Archivist Dave Colamaria helped judge at the competition. He admitted that it was no easy task. “Judging was difficult, he said, “but it was great to see the level of talent of these kids grow every year my wife and I come.” Colamaria brought his own expertly-built LEGO ships this year as a display for aspiring naval architects to admire.

There are many reasons why kids and adults come back every year to the competition. The thrill of building the new designs and seeing the burgeoning creativity of young minds surely top the list. Junior LEGO enthusiast and multi-year winner Nathan Cowfer is one of the few individuals who can say that they were at the event back when HRNM staff first “layed the keel” on the program. Since 2012, he has participated in every single LEGO shipbuilding event. Thanks to Laura Orr, I was able to contact Nathan and his mother to chat a bit about their experiences with the program and to talk a bit about his prize-winning design this year, the Viking ship “Skidbadnir.”

I have participated all five years and am already planning next year’s ship already! Mom and I look forward to and plan for this day every year. Having HARDLUG and the other displays was great, and separating the sets from the made-at-home kits was a real good idea. The separate judging made it more fair.

Nathan was equally enthusiastic about his Viking ship design:

The Viking ship was my choice because I’ve always liked the way they look. I had another ship started earlier in the year, but changed my mind later on. The challenge of designing my own ship seemed to flow once I focused on one of my favorites. I had to order a lot of the pieces and that was a wait that made me wonder if it would get finished in time. Picking a name for registration was kind of fun. Skidbadnir (Skeed-bahd-neer) is Nordic and means “wood leaf or wood blade.” It takes work just to say it!

HRNM posted the full list of winners this year on their museum blog. 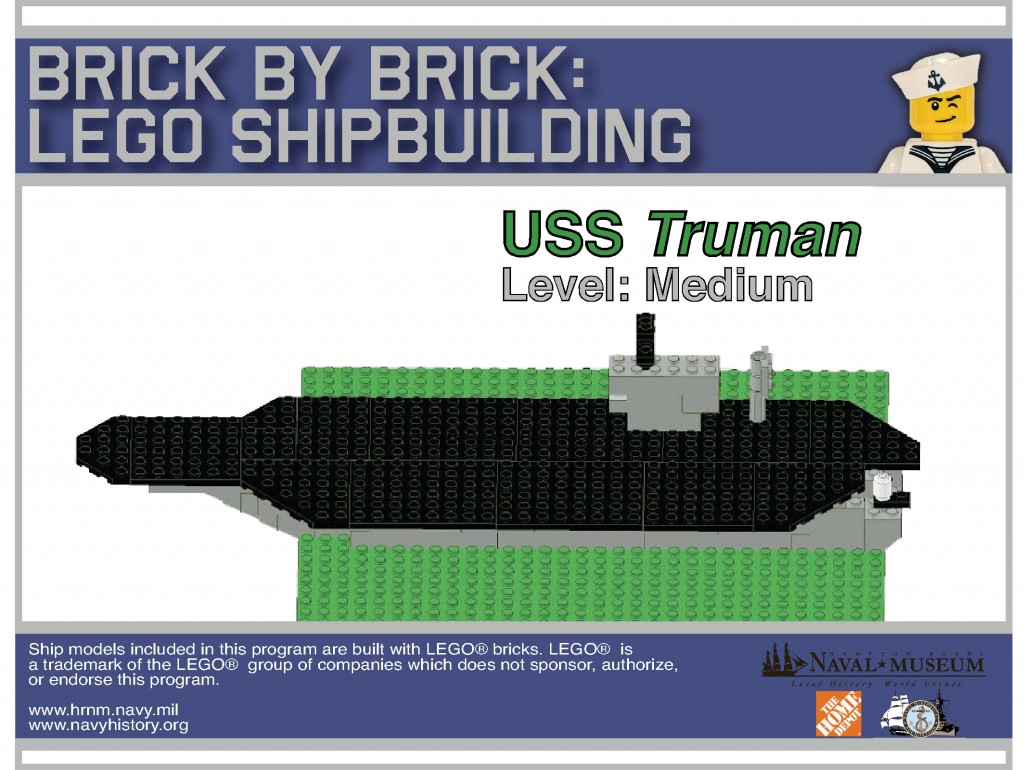 When will you see LEGO shipbuilding next? HRNM staff members will be traveling up to Delaware next month to help out the Kalmar Nycklel Foundation put on their first annual shipbuilding contest. They will also be talking about their program success at this year’s CAMM and HNSA conferences.