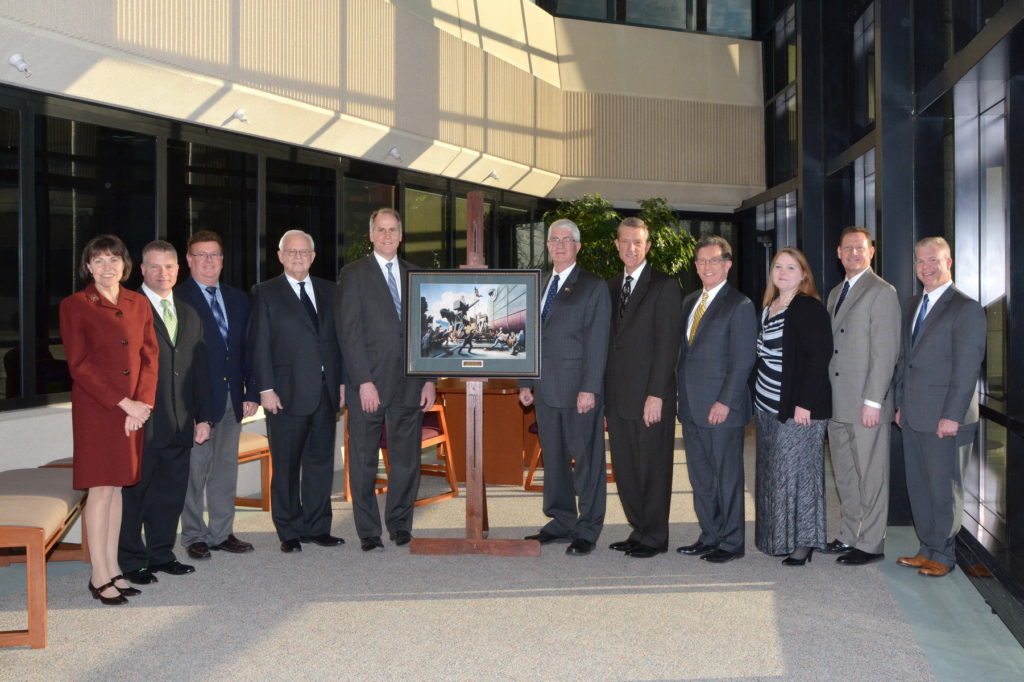 In 2016, the Naval Historical Foundation is celebrating its 90th year as a non-profit institution. As a testament to our Foundation’s mission to preserve, educate, and commemorate, we are highlighting instances where we are actively seeking out ways to keep naval history alive for generations to come.

The Navy Art Collection, most of which is in secure storage in the Washington, D.C. area, contains over 20,000 individual paintings, drawings, sketches, and engravings. Only a limited number of those art works are on display or in travelling exhibits at any one time. The Art Collection, administered by the Naval History and Heritage Command, collects, maintains, and exhibits art that is significant to the history of the Navy for the benefit of the American public and the Navy. Thanks to a steady flow of new donations, transfers and original artwork created by the two civilian artists currently on staff, the number of pieces in the Navy Art Collection continues to increase each year.

Some of the greatest artists of American history contributed to the Navy’s valuable collection. Artists like Gilbert Stuart and Charles Willson Peale vividly portrayed the leaders of the young American Navy during the Revolutionary War and the War of 1812. The United States Navy began a more systematic documentation of its various military actions, explorations, and other activities prior to the First World War. Art works created by Navy combat artists added to the collection by showing the Navy at war from World War II through Vietnam. More recently, staff artists have added new work depicting the Navy during Operations Enduring Freedom and Iraqi Freedom.

During the early part of the Cold War, the Navy’s Chief of Information (CHINFO) developed a process originally pioneered during World War II by companies like the Abbott Laboratories pharmaceutical company, who commissioned civilian artists to depict the Navy during that conflict, and then donated that art to the Navy. CHINFO devised a cooperative agreement with the venerable Salmagundi Club in New York City to similarly commission civilian artists to document military operations in the post-WWII era. This partnership became Navy Art Cooperation and Liaison Committees (NACAL) on east and west coasts to advise on art matters and to nominate artists for diverse assignments to portray Navy activities throughout the world. These artists were sent out to record their impressions in their desired medium and donate their work to the Department of the Navy under an agreement with NACAL. Although some works from the 1,785 pieces in the NACAL collection have been on display, most remain unknown and unavailable to the public. 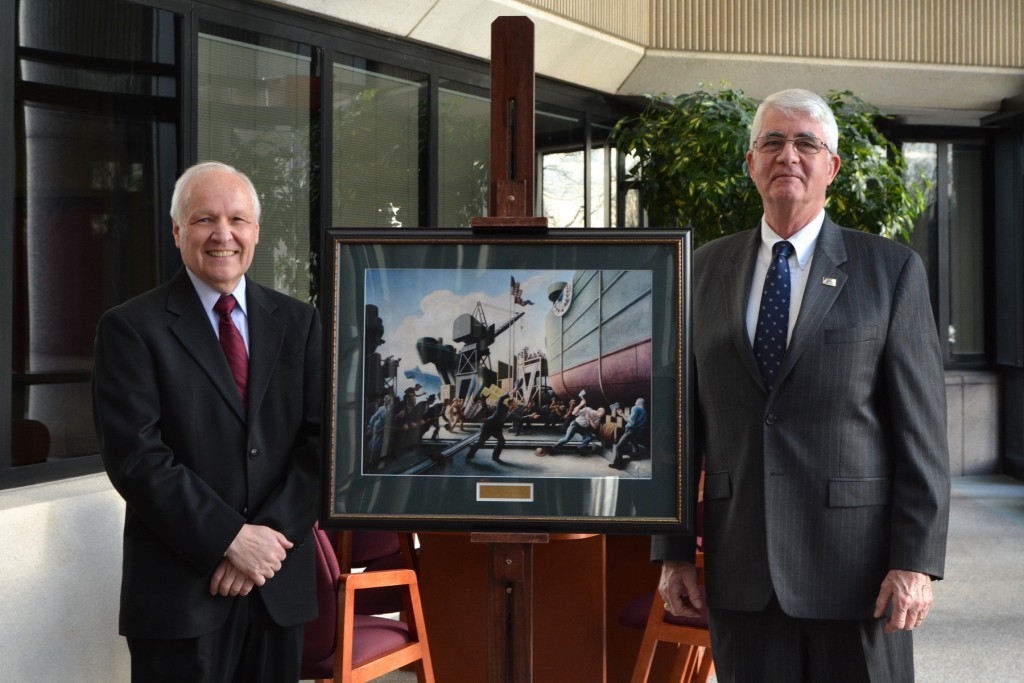 An ongoing Navy project over the last decade has been the photographic reproduction and creation of high resolution digital files for the 20,000 pieces of artwork within the collection, including those donated through NACAL. By September of last year, only 3,775 of those works had been photographed and digitized, including approximately half of the NACAL collection.

The Naval Historical Foundation, incorporated in Washington, D.C. in 1926, has supported the Navy Art Collection for decades, raising funds to purchase and conserve art. Recently, as the centennial of World War I gets underway with conferences and commemorations, we purchased and donated to the Navy an artist’s watercolor depiction of the arrival of the first USN destroyers at Queenstown, Ireland, in 1917 to begin operations with their British allies.

The Foundation also serves as an intermediary for major donations on behalf of the Navy Art Collection, including the ongoing art digitization effort. With a generous grant from The Cincinnati Insurance Companies, an additional 615 artworks from the NACAL collection have now been photographed and digitized by professional photographer Joe Rudinec of North Lima, OH. In just two and a half months’ time, Mr. Rudinec, who has also worked extensively with the Marine Corps’ and White House’s historic art, was able to digitally photograph each piece of NACAL art as well as provide a color transparency for further preservation by Navy Art curators. Not only have these important works been preserved, but the digital images are currently uploaded on our website where they are now accessible to the American public at www.navyhistory.org/nacal-navy-art-collection/. We will continue to expand our website content to add additional Navy art in the future. 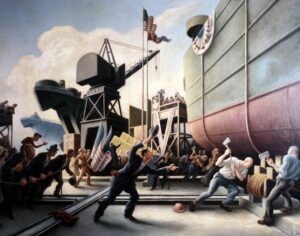 In appreciation for their generosity, and in memory of Cincinnati Insurance co-founder and WWII Navy Supply Corps Officer LCDR Jack Schiff, Sr., Naval Historical Foundation Executive Director, retired Navy Captain Todd Creekman, travelled to Cincinnati to present the company a print of Thomas Hart Benton’s 1944 masterpiece “Cut the Line,” depicting the World War II christening of a Navy ship built not too far away from Cincinnati. This particular painting showcases the construction of LST 768, a 327-foot long Landing Ship Tank built by the American Bridge Company along the mighty Ohio River upriver from Cincinnati. Benton, a noted Midwest artist, served in the U.S. Navy during World War I where he documented Navy shipyard and ship camouflage work. Known for his fluid, sculpted figures and abstract landscapes, Benton’s striking painting of shipyard wartime work seen in “Cut the Line” is truly a masterpiece. As Benton put it, the work he did for the Navy during both world wars “was the most important thing . . . I had ever done for myself as an artist.” LST 768 served in the Pacific theater’s island-hopping battles in the final year of World War II, including the Iwo Jima and Okinawa campaigns.

Captain Creekman met with the President and CEO of The Cincinnati Insurance Companies, Mr. Steve Johnston; retired Navy Vice Admiral and Cincinnati Financial board member, Mr. Dirk Debbink; and a select group of Cincinnati associates to present the print and thank the organization’s leadership for their vision to support a project which pays tribute to the service and sacrifice of generations of Navy men and women. This corporate commitment to the values that make America strong have resulted in the preservation of a significant collection of U.S. Navy art work, and its accessibility to the public.

For more information on how you can help us continue this worthy project in art digitization, please contact Naval Historical Foundation Executive Director Todd Creekman at ccreekman@navyhistory.org.