With base access at the Washington Navy Yard restricted, I wanted to give readers a sneak peak behind the process of producing the Winter 2015 (Vol 54, no. 4) issue of Pull Together. Disclaimer: The comments included in these posts are my own, and represent an “unfiltered” approach to writing about and communicating history. There’s a lot that goes on before each member gets their issue, and I want to share every bit of it with you. Read PART I , PART II and PART III.

If you have been following along with this blog series, you know that I did not make my 7 December deadline due to illness. After a very rough weekend/week dealing with a terrible sinus infection, I am happy to report that the first draft of the December Pull Together is complete! I went into the weekend having four main pages left:

Of course, there were a few other pages that needed a little bit of love, but the bulk of what I had to do was done. I knew I needed to do a “Season’s Greetings” photo on Page 15. Thankfully, I was able to recycle something I had done for social media around this time last year. I took my “Haze Gray Holidays” graphic and simply changed the words and dimension. After the week I had, it was nice to have something I could easily grab “out the box.” 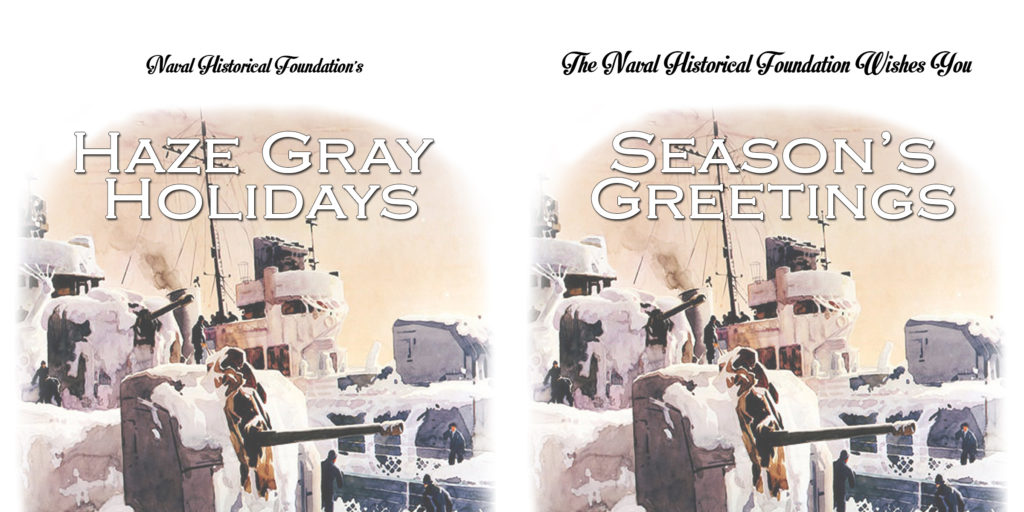 That was relatively easy. I had more trouble figuring out what to include in the “Naval History News” section. I didn’t want to merely repost text from former blog stories that I already wrote, or repost pictures already shared via social media. It’s my hope that SOME of the loyal readers of this blog or followers on Facebook are also loyal NHF Members (Are you not? You should join!). That idea was especially true for McMullen Symposium piece that is just beginning to generate some good commentary on the state of naval history (more of that to come). For that specific page, I ended up using commentary from the Knox Medal roundtable discussion that followed their award speeches during the 16 Sept. banquet.

The rest was merely cranking down the text from the latest issue of the International Journal of Naval History and designing a few small quarter-page advertisements. By the time the Redskins eeked out a victory against Chicago on Sunday, the first draft was complete. I looked forward to moving the notes on my wall of progress to the “edit” section on Monday.

The next logical step in the progression of creating a publication from start to finish may be the most harrowing for any writer, designer, or developer: the editing process. Unfortunately, it’s the most crucial.

Ask a historian or author about the most dreaded part of the writing process, and they will likely give you one of two answers: starting a project or editing said project. I tackled the start with cautious ease. Now that I am starting at a 82 MB inDesign document on my computer desktop, all I can think about is how little of it may be left by the end of the week.

When it comes to editing, I talked about the concept of “murdering your darlings” in the first part of this series. It’s a big  As far as the editing process is concerned, the first stab at taking a rough something as coarse as rough copy and making it smooth is an outright massacre – but an important one. I was always taught that the writing process doesn’t begin until you edit. Although I don’t agree with that philosophy completely, I do believe that it is the most important step.

Monday morning came. I sent off the gathered page text to our copyeditor and sent a low resolution PDF of what I had to the other NHF staff members. I could kick back for the rest of the week while everyone else

I casually glance through the PDF after I sent it to my colleagues. Scrolling through I begin to see tiny mistakes about the layout and text that I never would dream of including were it going to press that day. A dangling participle on Page 4. A misaligned image on Page 10. An incorrectly labeled photograph on Page 14. How did I miss these? Did I have layout “beer goggles” on? Thankfully, my colleagues also spotted the (many) mistakes. by the mid-morning, we were already meeting to go over the document for the first round of editing. 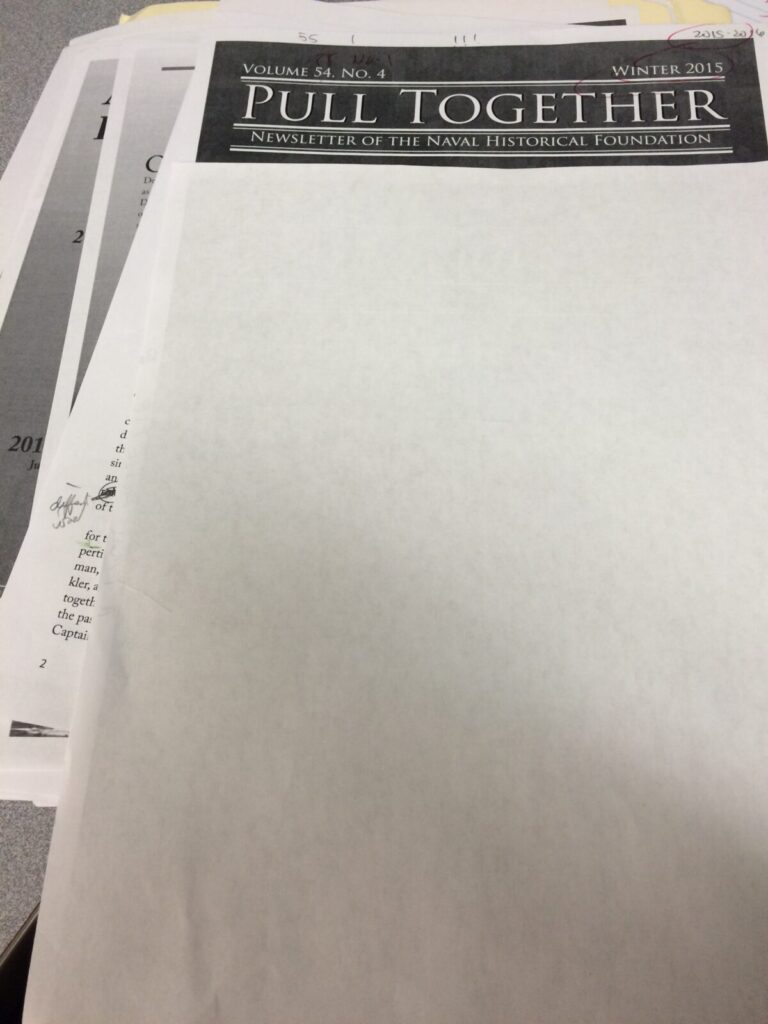 I bet you would like to see the front cover design! That one is going to stay close to the vest until our members receive the publication in the mail.

If I had to come up with a metaphor for the editing process, I would have to use the turkey fiasco scene from one of my favorite films of this time of the year, A Christmas Story. In this classic scene, Ralphie’s family is terrorized by a group of dogs who run through their house just as their beautiful and succulent Christmas turkey is cooling in the kitchen. The dogs make quick work of the turkey, tearing it to shreds to the dismay of Ralphie’s foul-mouthed father. In this scenario, my colleagues are the hungry dogs, the turkey is the first draft of PT, and I (of course) am said foul-mouthed father. (Disclaimer: I don’t really think my colleagues are “dogs.” It’s just an analogy. Chill out)

They begin to go through the document with me, tearing out pieces that I noticed. They also pointed out errors and omissions to several sections that I overlooked. The turkey was beginning to shred. By the end of it, the hounds of the Bumpus household are out the door, and I am left with a former shadow of what it once was. I have a lot of corrections to make. Once the copyeditor comes back to me, the second draft will be the next to final step before sending it off to our printer for publication.

BUT THERE IS HOPE!

Editing will always be a large bandaid on the wound of your creative efforts. Once ripped off, however, you are left with something more substantial and professional. Without a second, third, or fourth eye on the draft, we run the risk of publishing something that is either in-factual or (gasp!) unprofessional. Nobody can do it by themselves – You’ll shoot your eye out. Heck, look at our title: we do not PULL ALONE; we PULL TOGETHER. It’s going to be a good week, turkey or no turkey.