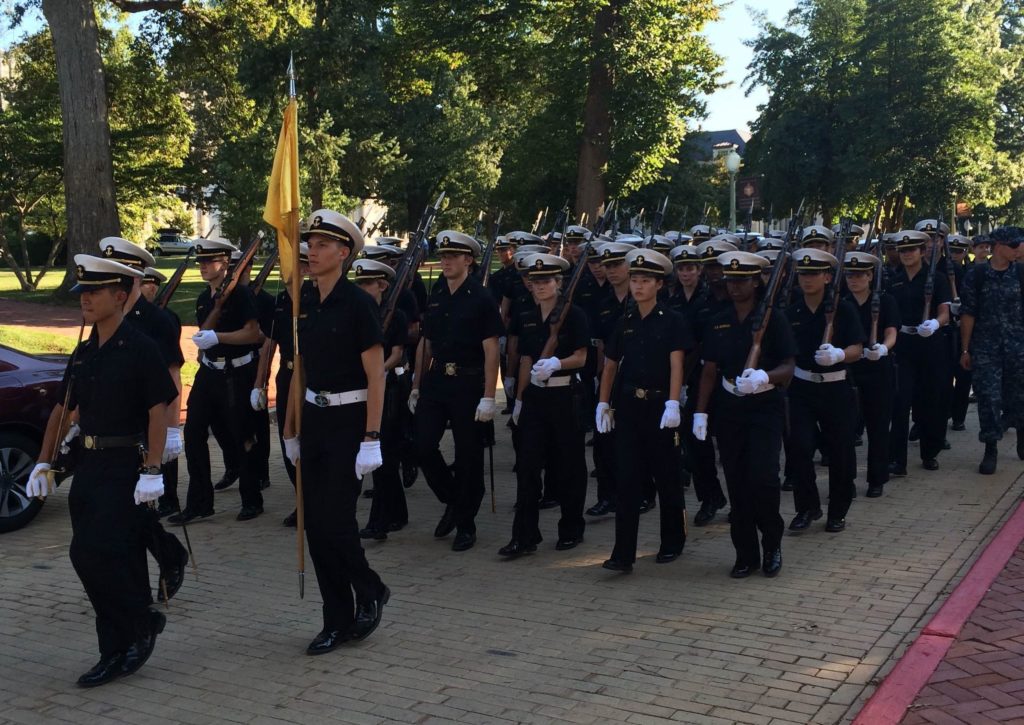 Midshipman march outside of a reception held at the Naval Academy Museum at the 2015 McMullen Naval History Symposium. (NHF Photo by Matthew Eng/Released)

In his introduction to the 1995 essay collection Doing Naval History, Naval War College Professor Dr. John B. Hattendorf discussed the (then) current state of naval history. Using information gathered at the 1993 Yale-Naval War College conference, Dr. Hattendorf noted the dangers of moving forward in the field:

“While there were exceptions to the rule, many agreed that much of the work that was being published in the field was both relatively unsophisticated and outdated in its approach, particularly when contrasted to the best work on other themes in current historical research [. . .] While the old naval history may well be food for worms, the substance of naval history should not be lost because of it.“

The argument was not a new one among scholarly and professional circles. Hattendorf noted the need for naval history to “reappear in a new, corrected and amended model, linking it to general history while also improving methods for the specialized study of the subject.”

Unfortunately, that outdated approach remained relatively unchanged throughout the nineties and into the new millennium. Naval history stayed two-dimensional and transparent in intention, form, and purpose. Although great naval history occurred during that time period, very little was showcased to breathe new life into the discipline like other similar fields. People began to notice. In 2011, authors like Captain Alexander Martin, USMCR of the Naval Institute Press blog declared naval history to be “dead.” Although harsh, the self-proclaimed accusation had some shred of truth to it. In his Naval Institute blog article “The Death of Naval History,” Martin stressed the need for individuals at the U.S. Naval Academy, the epicenter of naval lore, to study naval history in order to become better officers and leaders for the future. According to Martin, plebes were learning about American naval history in their senior year instead of in their plebe curriculum. To Martin, the study naval history from the outset of academy life was critical to help transform “a jumble of motivated yet unformed individuals into an amalgam of inspired and unified officers-to-be.”

This rings true for most naval historians today. The method and means of retaining and presenting information, however, has changed completely in recent years. After all, there could be no Renaissance without the Dark Ages. This was clearly evident at this year’s McMullen Naval History Symposium at the United States Naval Academy. Over two-hundred scholars, students, and military personnel attended the two day seminar last week. This year’s symposium built on the success of the previous event held there in 2011, with a bevy of informative topics and lively debate. Naval history today is no longer worm food as suggested by Dr. Hattendorf in 1995, but instead a buffet of new and exciting scholarship.

Naval history today is sleek and sophisticated. Presentations are tightly focused. Subject matter are more cross-disciplinary than ever. The faces in the crowd in the exhibition hall were younger and more frequent in number, making way for a new generation of individuals to carry the torch held by many of the world’s most respected naval historians also in attendance last week. These trends are as exciting as some of the topics discussed over the course of the two-day symposium. 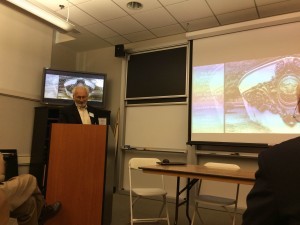 Naval history is no longer simply dealing with ships and sailors. We are seeing the influence of naval history on the environment and geopolitics. Historians ask the tough questions about everything from maritime law to several prominent naval figures’ ties to popular fiction. Who knew that Matthew Fontaine Maury played as big a part in mapping ocean depths as he did in inspiring Jules Verne to write 20,000 Leagues Under the Sea?  Several presentations utilized the latest web and computer technologies to engage attendees and bring about a better understanding of the subject material. These are complicated issues and ideas, but as such are well worth exploring in the future. During a luncheon on Thursday, Naval History and Heritage Command Director Sam Cox gave a spirited talk on the state of NHHC and the many innovative ways they using their resources to preserve the Navy’s story. It is truly an amazing time to be writing and studying naval history. I felt fortunate enough to be a fly on the wall this year and drink it in amongst giants in the field.

Among the merriment of catching up with old friends and colleagues, there were some exciting papers and presentations by attendees. As previously stated, several historians used their skills and expertise in other disciplines to create some provocative presentations. Unfortunately, I could not attend all of the sessions I wanted to – there were too many good ones going on! It is a good problem to have in a field in need of energy and excitement. Some of the more interesting papers that I overheard during the conference were:

Naval history is not dead. We are merely seeing its rebirth.

IJNH Update: The Way Ahead 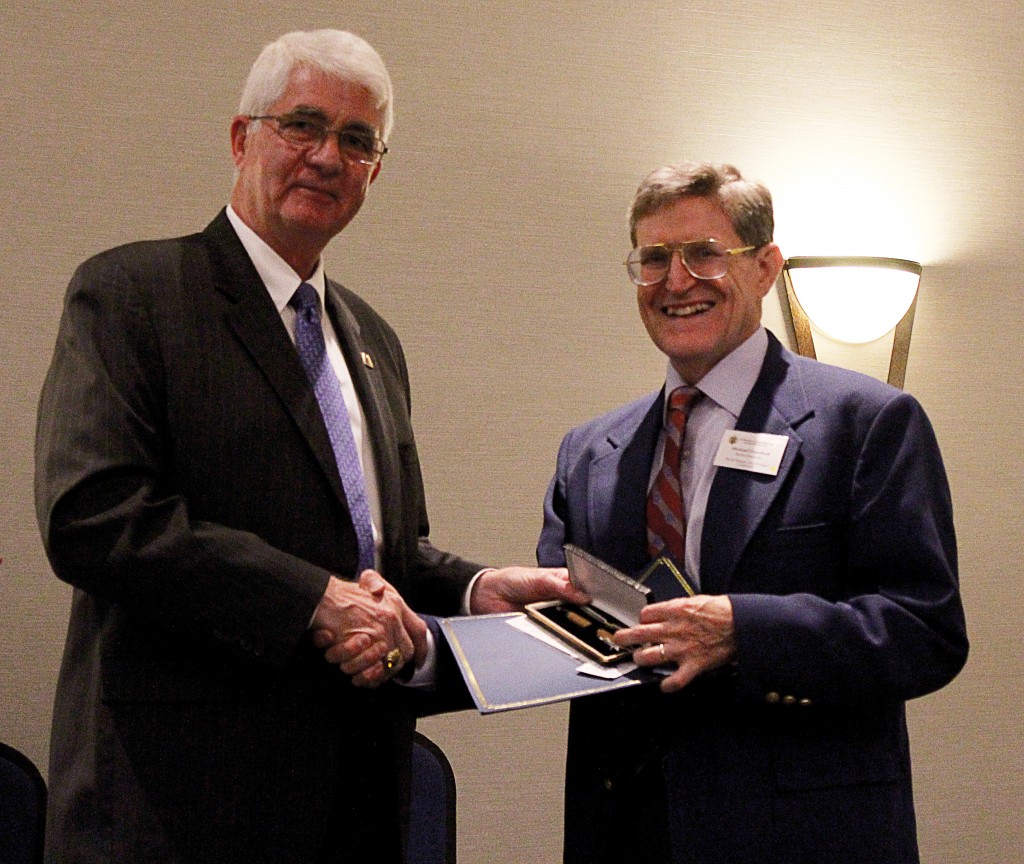 Several members and invited guests of the Editorial Board of the International Journal of Naval History took time out of the conference to meet for a luncheon/strategy session at the USNA Officers’ Club on Friday afternoon. I am excited to report good news for fans of IJNH. Look for a more robust and timely journal in the future. If you presented a paper at the Naval Academy Symposium this year and are interested in publication in the peer-reviewed International Journal of Naval History, please email me at meng@navyhistory.org. NHHC Senior Historian Dr. Michael Crawford received the 2015 IJNH Article of the Year Award for his article “Taking the Moral High Ground: The United States, Privateering, and Immunity of Private Property at Sea.”

DGUTS: Don’t Give Up the Ship 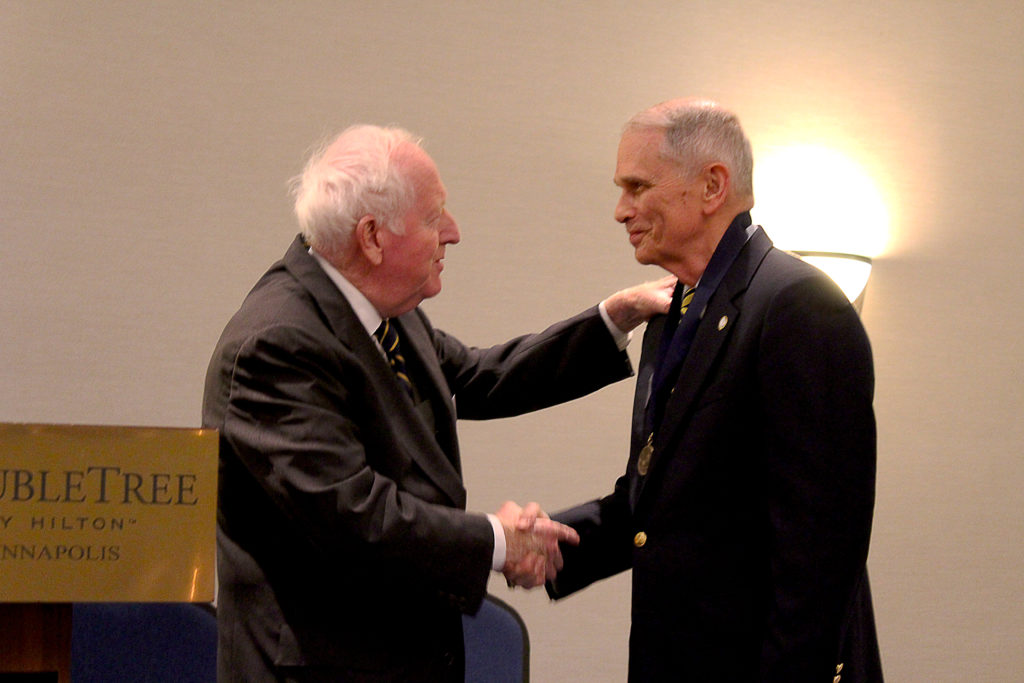 Drs. Dean C. Allard and Kenneth J. Hagan, and LCDR Thomas J. Cutler were honored at a banquet hosted by the Naval Historical Foundation on Friday evening. The awards banquet served as the official close to the McMullen Naval History Symposium (a reception was held at the Naval Academy Museum on Thursday evening). Over one-hundred and twenty conference attendees, close friends, family, and colleagues of the award-winners enjoyed a special evening to honor each recipient’s lifelong commit to the teaching and study of naval history. Dr. Hagan and LCDR Cutler were there to receive the Commodore Dudley W. Knox Lifetime Achievement in Naval History Award (Due to health and scheduling issues, Dr. Dean C. Allard and his family could not attend the banquet). Five previous Knox Award winners (Dr. William Still, Dr. William Dudley, Dr. John B. Hattendorf, Dr. James C. Bradford, and Dr. Harold Langley) also attended the banquet. This is the third year the Naval Historical Foundation has presented the award. The first awards were given at the 2011 McMullen Naval Academy Symposium.

One Naval Historical Foundation board member recently referred to the Knox Award the “Oscars of Naval History.” It surely felt like an awards atmosphere, complete with teary-eyed reflection and lively banter amongst friends. LCDR Cutler got emotional during his acceptance speech after NHF Chairman Admiral Bruce DeMars gave him the award. “It’s a tough job,” Cutler said in reference to doing naval history. “When used properly, it can get you through some tough times.” Cutler is the author of many important works of naval history, including the well-received A Sailor’s History of the United States Navy. Many were reminded by Cutler’s now famous signature to every email he sends out: DGUTS, or Don’t Give Up the Ship. After a life of serving and teaching history, it seems that he has lived up to the saying to its fullest potential.

Albeit humbled by the experience, Dr. Kenneth Hagan’s commentary was dry, witty, and downright comedic. When asked what he would suggest to young naval historians in the field by Dr. David Rosenberg at the evening’s conclusion, he joking said to “study the Army.” Like Cutler, Dr. Hagan taught for several years at the United States Naval Academy. Hagan, best known for his one-volume monograph history of the U.S. Navy, This People’s Navy, urged those in attendance to remain passionately dispassionate in their pursuits:

For a full transcription of their remarks during Dr. Rosenberg’s roundtable discussion, go to our previous blog post HERE.

Disclaimer: The views and opinions represented in this post are personal and belong solely to the author. They do not necessarily represent those of the Naval Historical Foundation, Naval History and Heritage Command, or  United States Navy, unless explicitly stated. If you have any questions, please contact our Digital Content Developer, Matthew Eng, at meng@navyhistory.org.