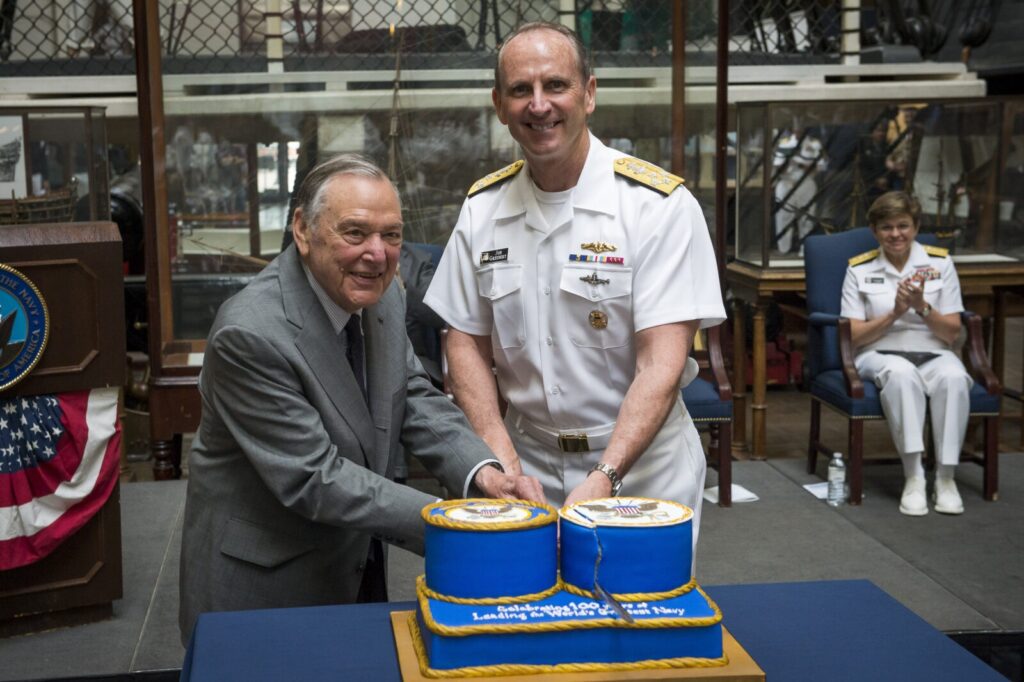 Admiral Holloway is the oldest living CNO today. Admiral Greenert took time out of his address to personally thank Admiral Holloway for his dedication as CNO and his mentorship to him. Following his brief address, Holloway and Greenert posed for pictures as they cut a cake commemorating the event.

In honor of the event, our partners at the Naval History and Heritage Command released a commemorative program book about the establishment of the Office of the Chief of Naval Operations. CNO Greenert presented special guests with the NHHC publication. The book, available online, tells the story of the establishment of the office and includes brief biographies on each of the forty CNOs from 1915 to present day.

Holloway served as the 20th Chief of Naval Operations from 1974 to 1978. Following his retirement from active duty in 1978, he served as a consultant and board member to many military and maritime organizations, including the Naval Historical Foundation.

Holloway served as the President of the Naval Historical Foundation from 1990 to 1998, the longest in the history of the organization. He moved on to become the Chairman of NHF from 1998 to 2008. He was named Chairman Emeritus after the position was taken over by Admiral Bruce DeMars, USN (Ret.) that year.