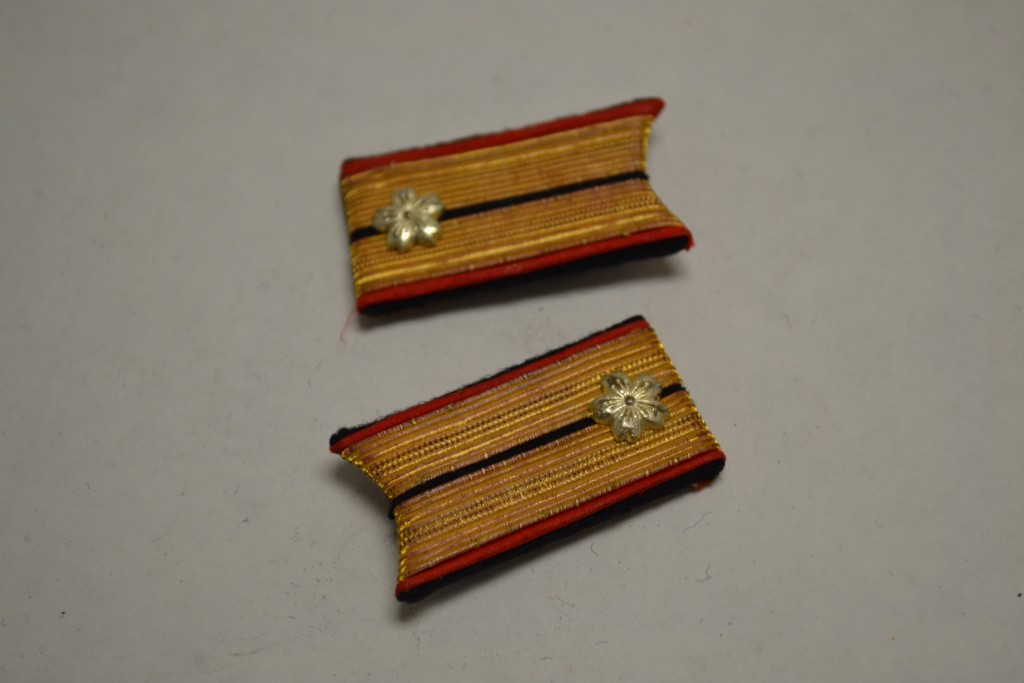 The Imperial Japanese Army and Imperial Japanese Navy shared rank titles during World War II. Ranks for the military ascended from Ensign (Shōi) to Sub-Lieutenant (Chūi) all the way through to Grand Marshal (Dai-gensui). In order to distinguish between the two branches, the respective branch’s name—rikugun (army) and kaigun (navy)—was stated before the rank designation. The Imperial Japanese Navy used a series of colored ribbons and cherry blossoms to indicate a sailor’s rank.

Lower ranks were designated with one golden ribbon surrounded by two ribbons of the rank’s respective color. Medium grade ranks displayed three, thin ribbons of the rank’s respective color on a gold field. High ranks did not exhibit any ribbons, rather they outlined a gold filed with the respective rank’s color. Cherry blossoms were added to indicate a higher rank within each of these three grades. Color tabs for the highest rank, Grand Marshal, exhibited a gold field with three cherry blossoms outlined with a dark blue color.