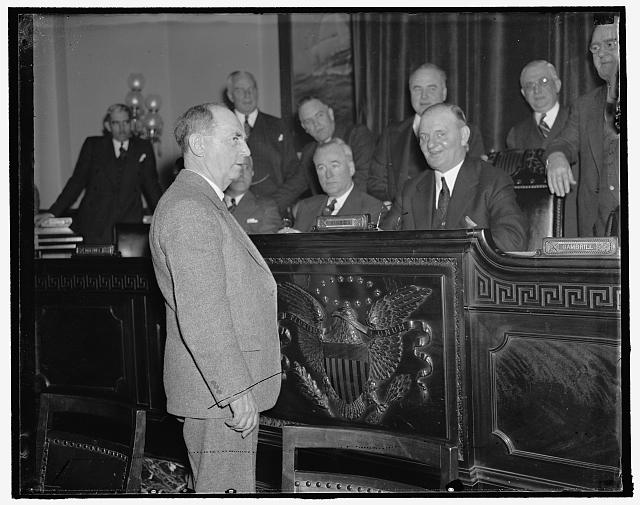 Washington, D.C., Jan. 31. Chief of Naval Operations Adm. William D. Leahy, as he appeared before the House Naval Affairs Committee today, Leahy told the committee what Japan and Great Britain have completely upset the old 5-5-.3 ratio and unless United States increases its Navy its fleet will soon be insufficient security against attack from overseas. Rep. Carl Vinson of Ga. Chairman of the committee on the right, 1/31/38 (LOC Image # LC-DIG-hec-24000)

Today marks the centennial anniversary of the creation of the Office of Chief of Naval Operations. Congressed established the office under the Naval Appropriation Act on 3 March 1915 (10 U.S.C. § 5033).

There were two main predecessors to the Chief of Naval Operations. One series of positions known as the General Board of the Navy dealt more with the threat of war, while the other highly esteemed position (Naval Aide System) dealt more with the day-to-day operations both ashore and afloat.

Governance of the Navy was still with the Secretary of the Navy – beneath him within the chain of command were the afloat commanders and chiefs of bureaus responsible for the Navy’s material requirements (Yards and Docks, etc.). 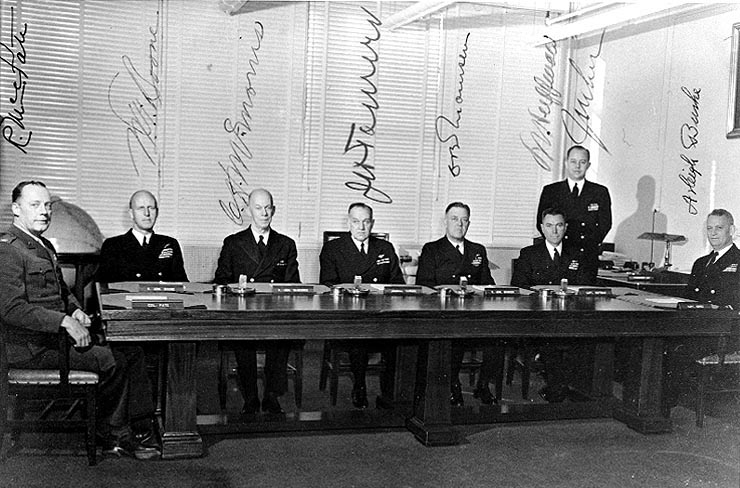 GENERAL BOARD
Prior to 1900, SECNAV John Long created the General Board of the Navy. Their job was to advise SECNAV “to insure efficient preparation of the Fleet in case of war and for the naval defense of the coast.” The General Board remained a critical part of the Navy’s success in the two World Wars and was disbanded in 1951. Admiral of the Navy George Dewey chaired the board from 1900 to 1917.

NAVAL AIDE SYSTEM
On 1 DEC 1909, SECNAV George L. Meyer established an “aide system” of four Rear Admirals responsible for Operations, Personnel, and Inspections. Each senior officer was given the title of “Aide” who reported to and advised the Secretary. They also provided advice and information for coordination and work between the bureaus. Unfortunately, the positions only had as much authority as the SECNAV chose to delegate to them. The proceeding SECNAV, Josephus Daniels, did not approve of the job and let the positions lapse. 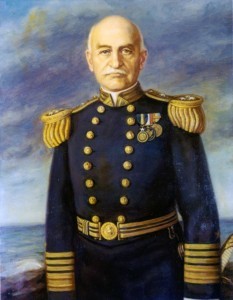 Despite these two positions, the command structure within the Navy at the turn of the century was difficult. To put it plainly, there were “too many chiefs and not enough Indians.” A more substantial and all-encompassing position was required. There was no operational director or advisor – and little coordination between the different bureaus. Problems with coordination and cooperation existed. By the time World War I began in Europe, there grew a need for a sole uniformed advisor for the Secretary of the Navy.

The Chief of Naval Operations was created by Congress in FY1915 to fill the need for such an advisor, with Admiral William S. Benson, a former Chief of Staff for the Pacific Fleet, taking the first position. He held the much needed position through the First World War.

THE JOB
The CNO has a tireless job within the United States military command structure.

The Chief of Naval Operations, a four star USN Admiral, is nominated by the President and must be confirmed by the Senate. As a requirement, appointees must have experience in joint duty assignments, which includes one full tour of duty in a joint duty assignment as a flag officer. The term length is four years renewable.

The official residence of the CNO is Quarters A at the Washington Navy Yard (right across from NHF offices!). Before 1977, CNO residence was at the United States Naval Observatory in SE.

The CNO is responsible for the operating efficiency of the forces of the Navy and the shore activities assigned by SECNAV. As a member of the Joint Chiefs of Staff, CNO is the principle adviser to the President and SECNAV on war, and the principle adviser and naval executive to SECNAV on the conduct of activities within the Department of the Navy. That being said, the position is administrative in nature – no operational command authority over U.S. forces is given. The Vice Chief of Naval Operations (VCNO) and the Deputy Chiefs of Naval Operations, who are collectively known as the Office of the Chief of Naval Operations (OpNav), assist CNO. Policy documents are called OPNAV instructions.

Four CNOs have had leadership roles within the Naval Historical Foundation: