There are some things in life we cannot change. As hard as we try, time ceaselessly moves alongside absolutes such as the changing of seasons or the color of the sky. You can even set your watch to the inexorability of afternoon traffic on the DC beltway. Of all these constants surrounding our lives, our birth date stands out as the most important and obvious. Reasons abound for this significance. Unlike all other constants we come to know throughout our time on earth, this one unchangeable facet is the first for everyone. Granted, we all have different days marking when we were born. Yet that specific date is set in stone. One could even say that birthdays are a “uniquely un-unique” human trait. 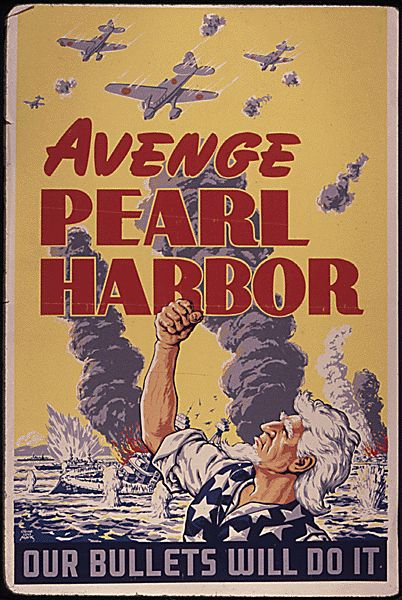 For some, birth dates are no more than a yearly occurrence marked by the overindulgence of cake, spirits, and gifts. Like my father always says when I call him, “it’s just another day.” The significance is what you make of it. Then again, I was not born on December 7th.

It must be hard to be born on a day where you can hear the words “Happy Birthday” in the same breath as “A day which will live in infamy.” It’s like a update for an anti-virus that never seems to go away from your computer screen. It’s something I always ask my wife every year on her 7 December birthdate anniversary. For the past four years, she has heard the same thing from me. The same snarky comments every year. I am not a fortuneteller, but I can guarantee I will continue to do something similar over the next few years (or decades?). She thankfully takes my blend of historical curiosity and playful banter in stride.

Why the fascination then?

History can be cruel for those who wish to see it remain in the past. History may not repeat itself, but it often has a way of becoming the “uninvited guests to dinner.” With only 365 days each year, something important happens every day. For naval history, that list of dates narrows down to only a few significant events. Of these, the 7th of December ranks near the top.

We learn about Pearl Harbor in elementary school, middle school, and high school. It’s in our college curriculum, too. We see it in the movies and on television. It’s on posters and in magazines. It’s parodied the world around. We live in a world today where telephone numbers and personal contact information does not have to be memorized. We are reminded on our Internet’s dashboard when significant events we deem as such are happening (often days in advance). December 7th is one of the few dates all Americans have grown accustomed to through repetition. Just like a birthday.

It makes a difference and is meaningful because we have the historical insight and privilege of living in the future – of knowing what happens. In this world, victors do not necessarily write the history, but they are the spin doctors of our collective knowledge of the past. We know the outcome of these horrific events. History becomes a book we can read the last page of before moving on. Treating history this way makes it all easier to digest. This goes for all other major events in American naval history. We know that the U.S. Navy steamrolled the Spanish Fleet in the wake of the Maine explosion. We acknowledge that America came to the aid of the Allies in World War I once President Wilson had enough with unrestricted submarine warfare. Most importantly, we recognize how America stood defiant and fought back to avenge the surprise attack on the Hawaii base at the outbreak of World War II. That page cannot be rewritten. What if that last page was the first of your life? How would you react? 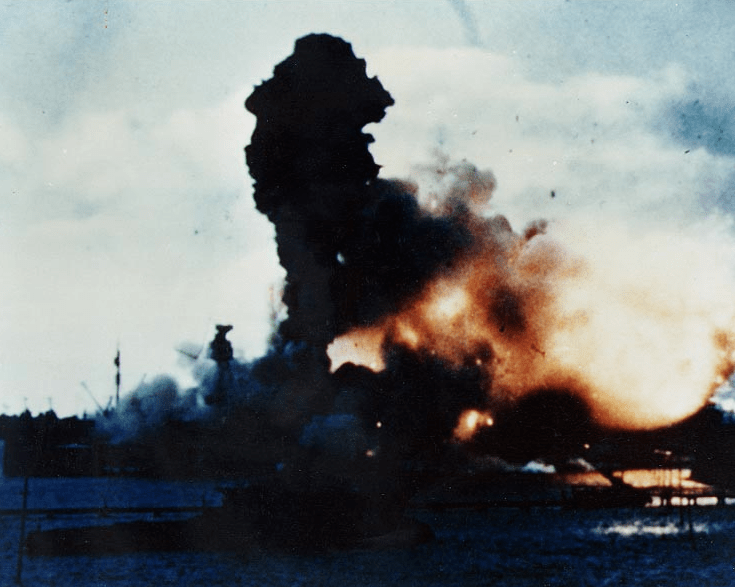 It’s not just for birthdays. You can be sure that every anniversary of Pearl Harbor is an anniversary worth remembering. This is especially true for historians and history enthusiasts. There are lectures, books, news articles, and videos created every year to help commemorate and honor those who have fallen. A recent book review published by Charles Kolb showed statistical proof of this overindulgence for all things December 7th. According to Kolb, the international online library WorldCat lists 18,353 publications about the Pearl Harbor attack. The Library of Congress in the United States lists over 1,200. Kolb estimates that more than 200 scholarly articles or monographs are published each year about the event. By his estimation, there seems to be “no end” to what people will write about. Emily Rosenberg’s excellent 2003 book on the history and memory surrounding Pearl Harbor, A Date Which Will Live in Infamy, is one excellent example. Between all of that, there are those who are trying to have a good time amidst the narrative of pain and anguish.

I decided this past week to do a little experiment. I randomly selected 10 people in my Facebook friends feed and asked them why Pearl Harbor is significant. All ten of my friends gave me great answers. All but one of my friends stated that it was the start of World War II, three of which further added that our involvement in the war was “the most significant event of the twentieth century.” Two of the ten interviewed went further into why the event is significant. The best answer came from an elementary school teacher from Virginia (They asked to remain anonymous):

“I want to believe that Pearl Harbor is significant because it’s the basis for why many of us stand up for what is right and wrong. With so much of that going on nowadays in our society and around the world, it’s important to have something pivotal to look back on and say ‘Yeah, we did it…we were strong and saw it to the end.’ It is horrible that an event like Pearl Harbor has to happen for that type of change to occur, but it is important nonetheless.”

According to author Patricia Leavy in Iconic Events: Media, Politics, and Power in Retelling History, the American press repeatedly referenced Pearl Harbor “in order to reify the turning-point quality they had afforded the event. Furthermore, drawing on Pearl Harbor allowed the press to seamlessly evoke war rhetoric (85).”

An article published in the Orlando Sentinel on the 60th anniversary of the attack in 2001 helps shed light on the important date, especially in the wake of the (then) recent attacks on the U.S:

“The world these children were born into on Dec. 7 was also a world filled with fear and uncertainty. Some recall their parents saying they were terrified of the next Japanese attack, afraid their towns could be next.”

Perhaps we know and acknowledge this particular date because many of us can openly sympathize with the fear and uncertainty. I was not alive when Pearl Harbor happened or when Kennedy was shot. I have only seen the moon walk on replay. I was alive and can tell you exactly where I was when September 11th occurred. It’s a significant date. It is too cliche to say it is “my Pearl Harbor,” because that dishonors the memory. Regardless, the date is significant in my mind. There are obvious parallels between the two events, separated by only 60 years. “They will forget everybody else in the family,” Carolyn Szell stated in the Orlando Sentinel article. “But not yours.”

Those born on the seventh of December are not surprised by its significance or meaning – it’s hardwired into their system. There is literal documentation for it…for most. 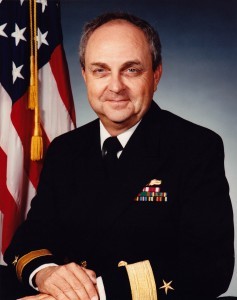 Current NHF President is one such individual born on December 7, 1941. His brief and “chaotic” story details why the date holds specific importance to his life (and education!):

“I was born in Magnolia Arkansas on 7 Dec 1941. My parents described the hospital on that day as really chaotic.   We moved to Hobbs, New Mexico a few years later. When I got ready to enroll in school, they discovered that in the confusion that I had never had a birth certificate issued. This was needed to register for school. So, my birth certificate has a big “DELAYED” stamp on it and was actually issued on the 16th of June 1947.  I started school in Sept of 1947.

When I signed up for Navy ROTC in college I never dreamed that I would end up spending 30 years in the Navy!  One of my friends once commented that perhaps my Naval Career was influenced by my birthday!”

When it’s all said and done, Pearl Harbor and December 7th mean something different to all of us. It’s even special. We are hardwired to enjoy anniversaries to some degree, right? To some, it is merely another day in the annals of American naval history. For others, it’s a date that will “live in infamy.” And still for some, it is a yearly anniversary to remember how insignificant each of our lives are when compared to the overall weight and meaning dates hold to American memory.

Today is the 73rd anniversary of the attack. Take a second to remember those who gave the ultimate sacrifice that morning. And, if necessary, wish somebody happy birthday.

In case you do want to get your fix, here is a great list of events for Pearl Harbor day.