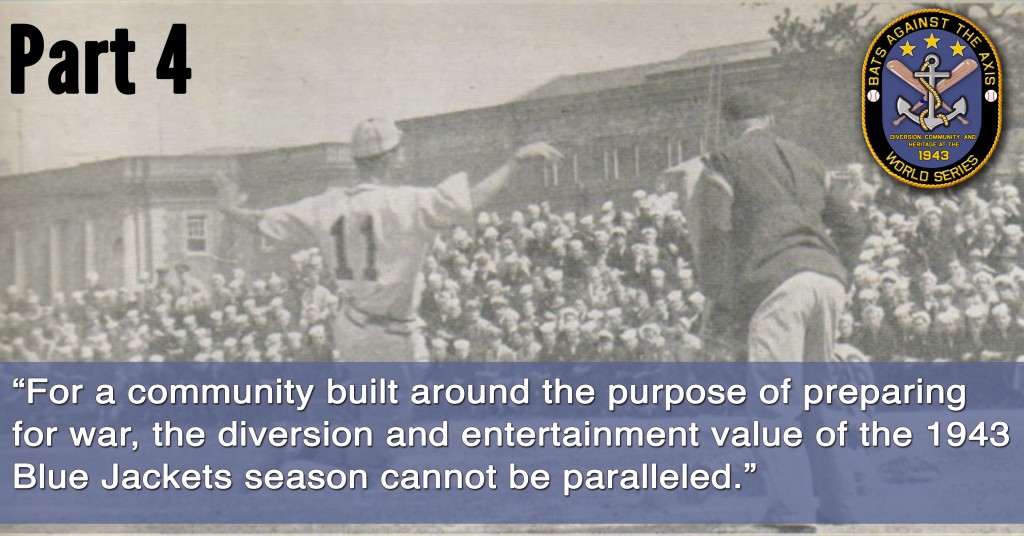 Baseball in Norfolk radically changed the lives of the countless sailors stationed there during World War II. As a means of diversion, sailors at NTS Norfolk created their own private baseball utopia amidst the horrors of war waiting for them in the European and Pacific Theaters. The final part of our four part series.

“Confidence reigned supreme today in both the Naval Training Station and Naval Air Station baseball camps on the eve of the opening of the Fifth Naval District ‘World Series’ at the spacious NTS Stadium Sunday afternoon.”
– Norfolk Sea Bag, 11 September 1943

Everybody on base was excited for the final games to begin. The NTS World Series was scheduled to begin on the afternoon of 12 September at Naval Training Station Norfolk. The games would run on consecutive days until a four game winner was declared. The feeling on base was tense and anxious. It was also crowded. By 1943, 16,000 sailors called the Fifth Naval District their home. Word spread about the game like an epidemic. The station newspaper referred to the upcoming contest between the Blue Jackets and Flyers as “post-season warfare.” For the sailors on station who had never seen combat, this was the closest thing to it until they shipped out. With so many sailors on base, the scheduled games were the hottest ticket in town.

Hugh Casey helped the Flyers shutout the Blue Jackets 3-0 at the opening series game that Sunday. More than 5,000 sailors were present. The Flyers had a big first inning, scoring two runs off a few expertly hit balls by Pee Wee Reese and Murray Franklin. The Blue Jackets bounced back in the second game to tie the series, thanks in part to Phil Rizzuto’s inspired base running early on.

Both teams continued to trade wins. Two games went into extra innings, due in part to the excellent pitching by both sides. Hugh Casey once again proved to be the thorn in the side of the NTS Nine. His pitching in games four and six propelled the Flyers into a final game seven decision. 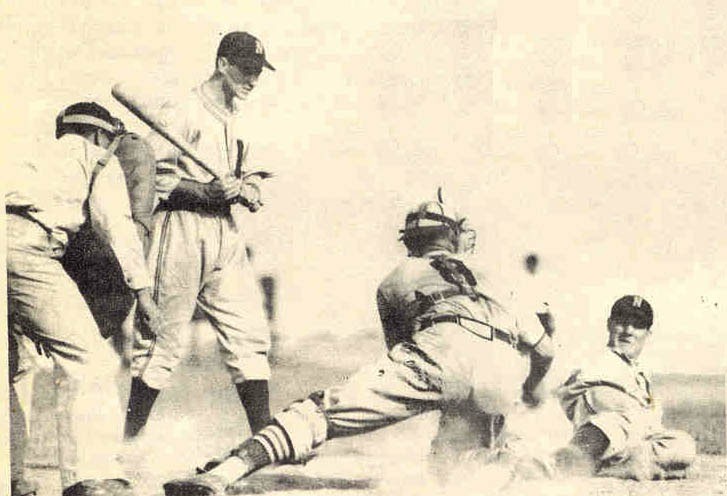 The final game on 22 September ended in a shutout win for the Blue Jackets. Local pre-war Portsmouth Piedmont League player Maxie Wilson won his third pitching contest against the formidable Flyers. Hugh Casey lost his third of the series.

Over 29,000 sailors came to the stadium during the series, averaging sold-out attendance each game. According to Virginian Pilot reporter Rich Radford, only a small blurb about the series made it to major publications like the New York Times. The series that drew record crowd quietly made baseball history on a series of afternoons in September 1943.

One team. One Season. 250,000 spectators. No service team would equal those numbers during the war. Maybe Captain McClure was right – those statistics did matter. For a community built around the purpose of preparing for war, the diversion and entertainment value of the 1943 Blue Jackets season cannot be paralleled.

The 1944 ball club was good. They were not better than the 1943 team. The 1943 NTS Blue Jackets were great. While most major league teams lacked aptitude, players in Norfolk bled talent. The Sea Bag often mentioned the glory days of the 1943 season in 1944 and 1945. In honor of the win and Captain Henry McClure’s support, the station renamed NTS Field as “McClure Field” in 1944. The field still exists today. 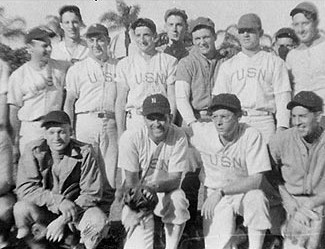 Most of the 1943 NTS team went off to war shortly after the series ended in September. Phil Rizzuto shipped off to the Pacific to play baseball at Pear Harbor. He was later in charge of a 20mm gun crew on a ship. He caught malaria in New Guinea and subsequently coached a team in Australia while he recuperated. He would later leave the Navy and continue on his path to the Baseball Hall of Fame in 1994. Other players had similar stories and travels, but Rizzuto was the biggest star on the team.

The 1943 Blue Jackets had a bit of a reunion in 1944 at the Service World Series at Pearl Harbor, Hawaii. Players like Dom DiMaggio and Phil Rizzuto were flown in from Australia with other veteran players from Great Lakes and Maryland to play the Army All-Star team. Navy soundly beat Army in nine of eleven games played at Furlong Stadium at Hickham Field, nearby where the Japanese strafed the area on 7 December 1941. Baseball in Wartime noted the large spike in attendance: approximately 20,000 servicemen came to each contest.

“What the critics forget is that the no-so-talented guys ain’t complaining. Perhaps these critics have never read a sailors letter, telling his folks with a great deal of pride that he is in a company commanded by Johnny Rigney or that he is taking small-boat instruction from Johnny Mize.” 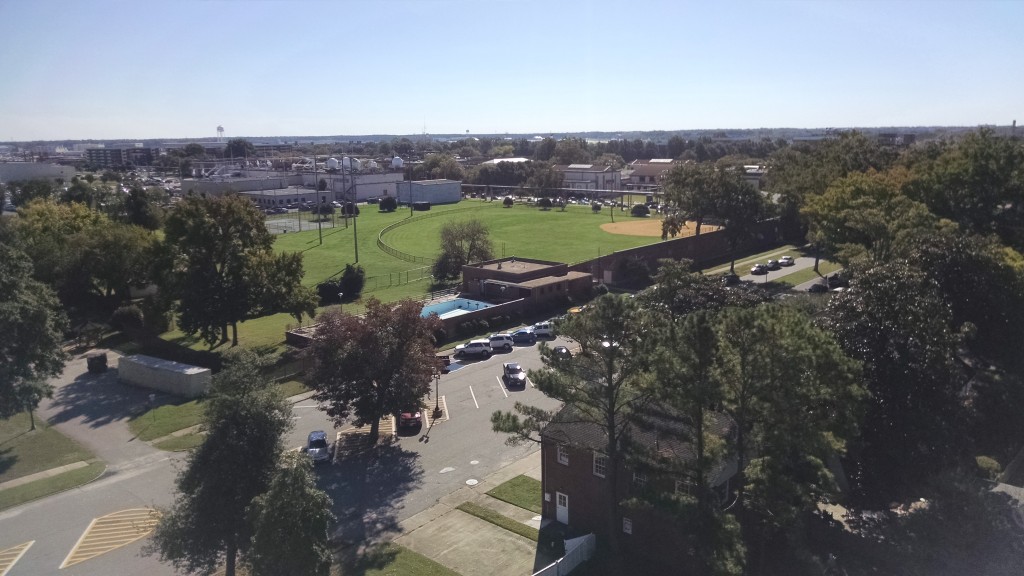 Baseball did not transform the United States Navy. The Navy, however, helped transform baseball into what it is today, with the help of hundreds of brave men who answered the call to serve during America’s darkest hour. Their service helped countless sailors find comfort in their pre-war fascination with America’s most popular sport. In no place was this seen better than at NTS Norfolk. Players there created their own private baseball utopia amidst the horrors of war waiting for them in the European and Pacific Theaters.