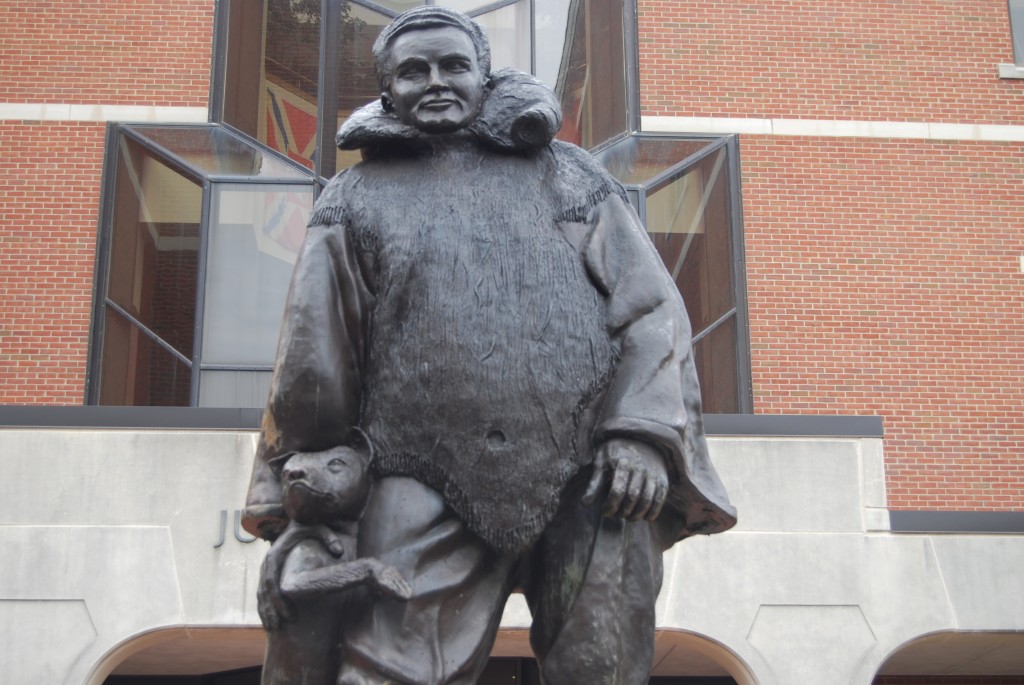 I wanted to be a bit spontaneous yesterday. I decided to skip the throng of crowds in Baltimore’s Bicentennial of the Star-Spangled Banner (Our friends at NHHC had it covered) and spent the day in Winchester, VA. The sleepy, historic town was just over an hour away. It would be the perfect place for my wife and I to get out of the city and clear our heads. I put on some Patsy Cline and headed down I-66 towards the Shenandoah Valley.

We arrived a shade under an hour and a half. To my surprise, parking was free there on the weekends. We picked a spot on the street near Winchester’s Judicial Center and started making our way towards the nearby historic district. As we walked away from our parking spot, I noticed a statue off in the distance in front of the building. It looked oddly familiar. I told my wife to wait a second while I did a little bit of detective work. Sure enough, I realized why it looked so familiar once I got closer: 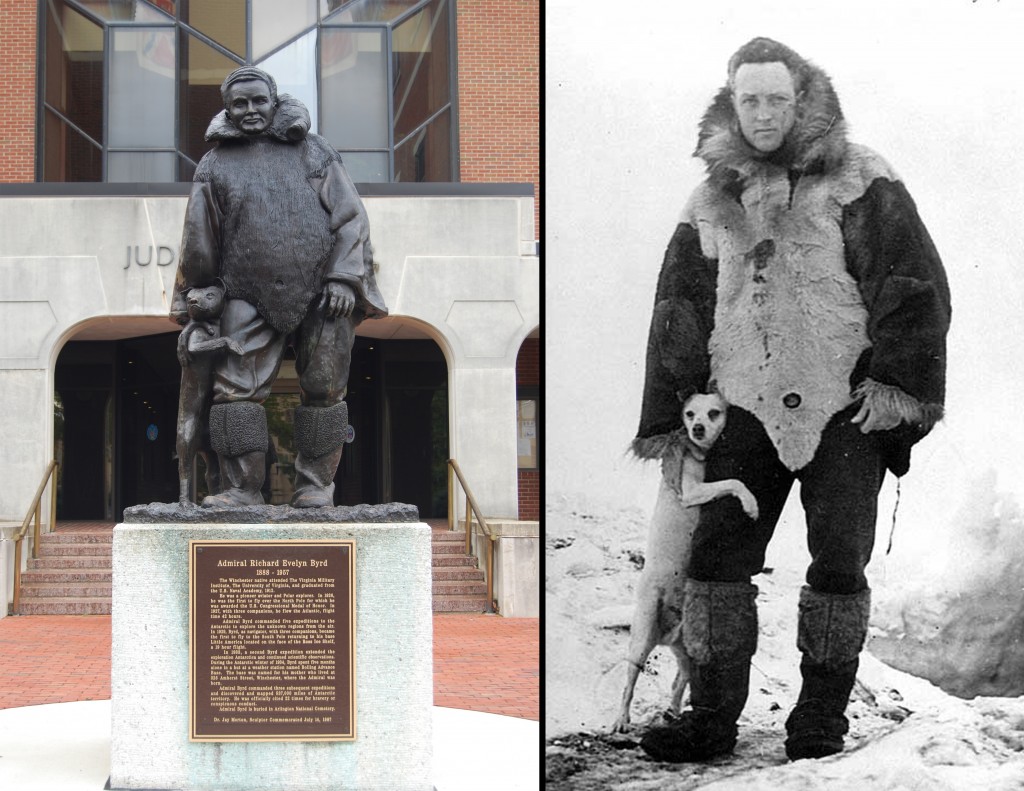 As it turns out, Admiral Richard E. Byrd, famous naval explorer of the Antarctic, was born in Winchester. His boyhood home was only a few blocks away The Byrd statue depicts the famous photograph of the explorer with his dog “Igloo” during his first Antarctic Expedition in 1930. A transcript of the 1997 dedication ceremony found online revealed that the statue was built “entirely by contributions, large and small, from members of the community, friends, neighbors, and admirers.” Then Secretary of the Navy John H. Dalton. Dalton had much to say about the “lion of a man” that became one of the most decorated naval officers in U.S. Navy history:

“He was a man who loved a challenge. He was a man of firsts. The first to fly over the North Pole. The first to fly over the South Pole. The first to explore and map the vast continent of Antarctica. Amazing feats . . . and especially so, given our reliance today on the wonders of navigation now available to us, like the global positioning system. Admiral Byrd had no such tools available . . . he called upon his courage almost exclusively, to achieve the firsts that began out search for those marvelous tools we use today. His was a special breed of courage.”  (Remarks of Secretary of the Navy John H. Dalton, Winchester, VA, 14 July 1997)

Admiral Byrd is honored in other ways around in Frederick County. Admiral Richard E. Byrd Middle School, opened in 2005, is named in his honor. According to their site, several letters and pictures from his incredible career are on display at the school. The school mascot is the “Husky,” which I found to be a fitting tribute to the man and his love for dogs. 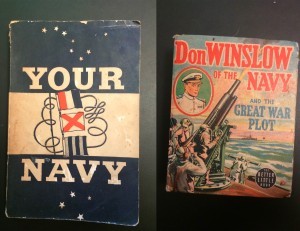 We walked into a nearby antique store in the historic district to search for anything interesting for my house. The day had no agenda – why not? I briefly talked to an employee about the Byrd statue. He knew a great deal about the statue and the history behind it. The gentlemen told me that Byrd was also a descendent of Englishman John Rolfe and Pocahontas. Byrd’s thirst for exploration and adventure was in his bloodline.

The antique store looked more like a museum of Americana, bookended between the turn-of-the-century and the 1970s. While there, I managed to find two interesting pieces of naval history: A 1946 edition of Your Navy (NAVPERS 10600) and a rare children’s copy of Don Winslow of the Navy, published in 1940. More on these later.

There are several other famous naval figures from Winchester. RADM Louis M. Noulton, interwar Superintendent of the U.S. Naval Academy, was born in Winchester in 1869. Commodore John H. Aulick, War of 1812 hero and Midshipman prize master of HMS Boxer after her engagement with Enterprise in 1813, was also born in Winchester in 1787. 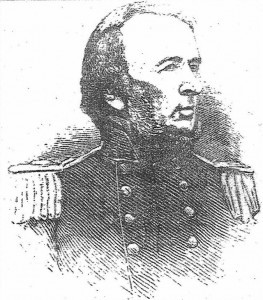 I left Winchester with a huge smile on my face. Who knew there would be so much naval history in a small town inside the Shenandoah Valley? It goes to show you that you can find naval history just about anywhere.