(This is the third in a series of blog posts covering the various operations conducted in Maine during WWII. To read Parts I and II of George Stewart’s blog series about Casco Bay during WWII, go HERE and HERE. To read all other post by George, go HERE.)

By 1943, the Naval Auxiliary Landing Field and Navy Fuel Annex on Long Island were in full operation. The landing field provided training and support for the catapult-launched scout floatplanes that served as the “Eyes and Ears” of major combatant ships prior to the development of radar. 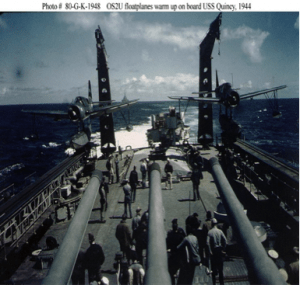 During one transit in July 1943, the USS Iowa (BB 61) ran aground on Soldiers Ledge in Hussey Sound.

Even though the requirements for escort ships in the Atlantic began to lag in 1944, it would prove to be the most active period in Casco Bayduring the war.

By 1944, the tide had turned in the Battle of the Atlantic. The Germans attempted a comeback using a new breathing device called a “schnorkel” which allowed operation of their diesel engines with the submarine cruising at periscope depth. They were unable to reestablish a dominant position in the Atlantic. However there was still action in the waters around Europe and there was some sporadic engagements off the East Coast. 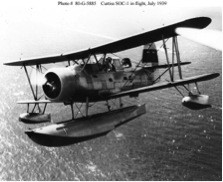 Many of the East Coast based destroyers supported of the various operations in the European theater, including the invasion of Normandy and the invasions of Italy and Southern France in the Mediterranean. Many destroyers and destroyer escorts would be transferred to the Pacific, where they were in high demand. A number of destroyers were converted into high-speed minesweepers (DMS). There was also a need for more troop carrying capability for support of invasions in the Pacific. This need was filled by converting a number of destroyer escorts into high-speed transports (APD).

Despite these developments, 1944 was a very busy year in Casco Bay. In fact, there were more recorded ship visits (336) than in any other war year. The ship count included the battleships USS Arkansas (BB 33), USS Texas (BB 35), and USS Nevada (BB 36). Nevada was a World War I vintage battleship that was damaged at Pearl Harbor and subsequently restored to service. It went on to the Atlantic to support the invasion of Normandy. Ninety-four destroyers also appear on the list. Among them was nine of the new Sumner (DD 692) class and one Gearing (DD 710) class ship. These would be the last new classes of destroyers to enter service during the war. The largest group of ships on the list was the Des, with 178 of these ships appearing in the database for that year. It appears that virtually every DE that was assigned to the Atlantic Fleet during the war visited the bay for antisubmarine warfare training at some time or another. 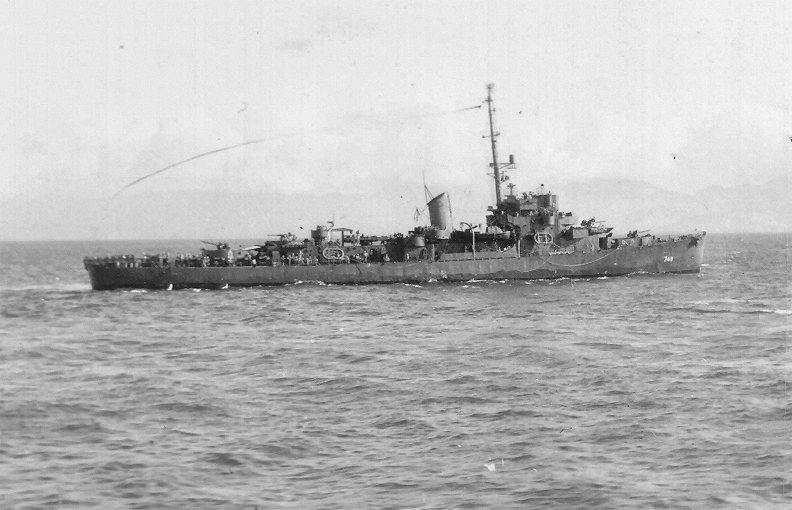 There were lots of world-shaking events in 1945, including the deaths of FDR and Hitler, the end of the war in Europe, the use of the atom bomb, and finally, the surrender of the Japanese in September. As the year began, things were definitely winding down in the Atlantic culminating in the cessation of hostilities on May 8 (“VE-Day”).  There were some U-Boat actions in the early part of the year. But the Battle of the Atlantic was won by the Allies. Overall the Germans had lost 768 U-Boats. The British had actually done the majority of the damage, with 561 U-Boats destroyed as compared by 177 by U.S. Forces. But these 177 kills were the major factor in the elimination of the U-Boat threat in the Western Atlantic.

A key factor in this was the establishment of the hunter-killer groups built around the escort carriers (CVE) and the DE’s. The most successful groups were built around the USS Bogue (CVE 9), USS Core (CVE 13), USS Card (CVE 11), USS Croatan (CVE 25), USS Block Island (CVE 21) and USS Guadalcanal (CVE 60). These vessels generally operated out of either Quonset Point, Rhode Island, or Norfolk, VA. There is no record of any of them ever stopping in Casco Bay, although it is probable that one or more made brief fuel stops. Yet virtually all of their escorts were in the bay at one time or another either for shakedown, upkeep, or specialized ASW training. Of the eleven carrier escorts that operated in the Atlantic, a torpedo sank only one, USS Block Island, on 29 May 1944. Since the end of World War II, there has been a tendency to overlook the contributions of these groups because the majority of the CVEs were decommissioned shortly after the war due to their inability to support jet aircraft. 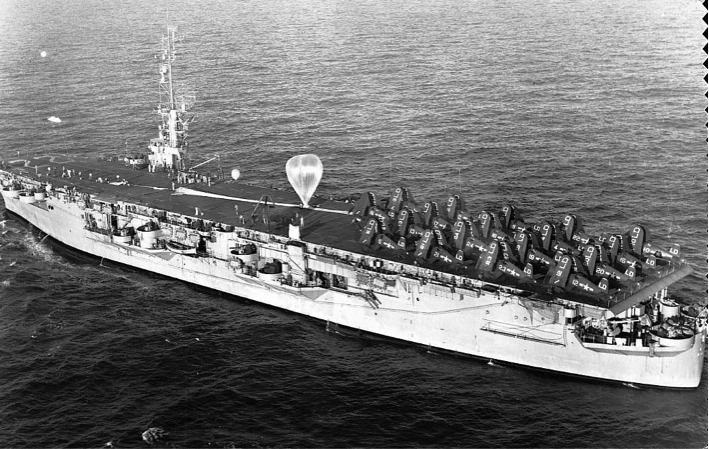 Although things were wrapping up in the Atlantic, action in 1945 was still hot and heavy in the Pacific. It was also a very busy year in Casco Bay. A total of 191 ships appeared on the list, including sixty-one destroyers and eighty-two destroyer escorts. There was an the influx of patrol vessels that was due to the introduction of the new Tacoma class patrol frigates (PF) which were powered by twin reciprocating steam engines. Unfortunately, these ships entered service too late to be of much use during the war. The new minesweepers that were entering service at the time were being fitted with anti-submarine equipment.

There was a mass exodus of destroyers and DE’s from the Atlantic to the Pacific during the latter part of the year. Destroyers were in particular demand to make up for losses to Kamikazes. A number of these ships including many of those of the Sumner (DD 692) and Gearing (DD 710) classes were still in transit or on the building ways when the war ended with the Japanese surrender in Tokyo Bay on 2 September 1945.

By October 1945 the last of the 266 Liberty Ships were completed in South Portland and production ceased at the East and West Yards.

Although hostilities had ceased, there would still be a significant naval presence in Casco Bay up until early 1947.  This will be discussed further in the next post in this series.