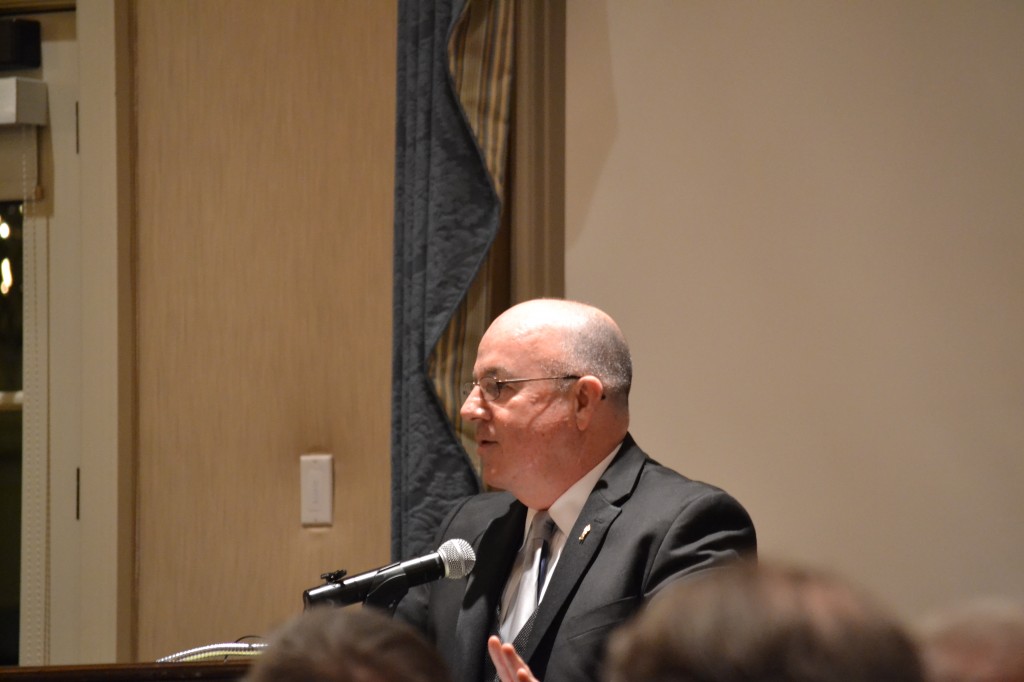 This year marks the 72nd Anniversary of the Battle of Midway, the most decisive battle in the Pacific Theater. During the pivotal day of 4 June 1942, the United States Navy managed to engage an imposing Japanese fleet and inflict crippling losses to their four carriers and surface ships near Midway Atoll.

A large crowd of VIPs and distinguished guests gathered at the Army Navy Country Club in Arlington on Wednesday to celebrate and commemorate the battle. Among the honored guests were several Midway battle veterans. Although their numbers dwindle each passing year, you could still see the magnetism and fighting spirit in each of their eyes.  That same spirit was with them 72 years ago near a tiny island in the middle of the Pacific Ocean. 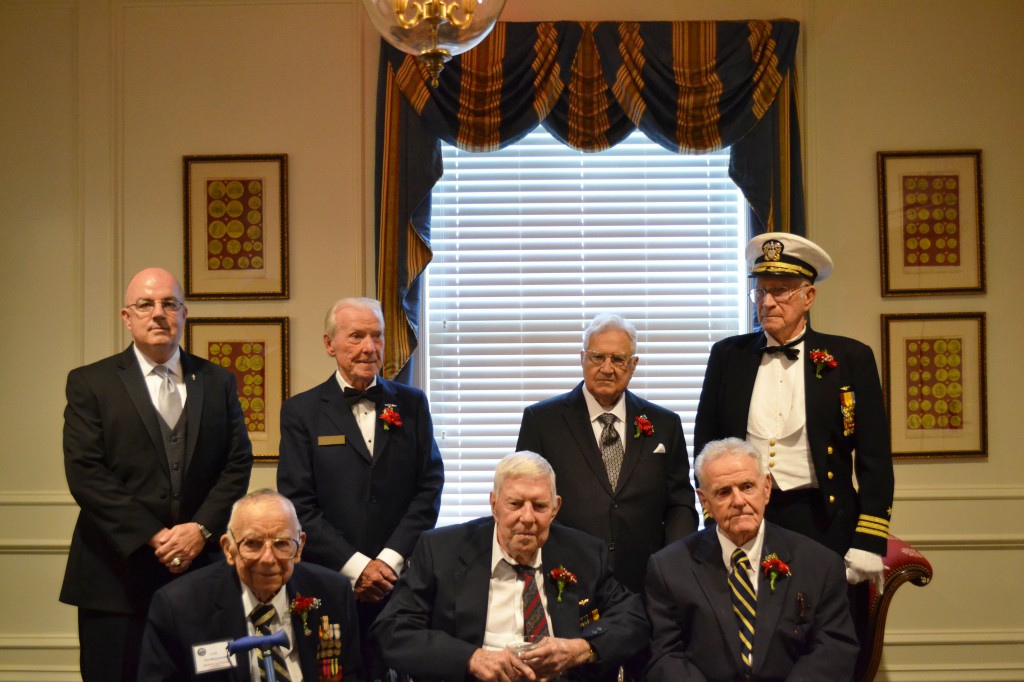 The evening’s keynote speaker was former Fleet Forces Commander Admiral John Harvey, USN (Ret.). Admiral Harvey gave an insightful talk on the memory and meaning behind Midway.  Rather than focus on the strategy and legacy of the battle itself, Harvey focused on what he feels was the most decisive weapon of the battle – the people. His words were both spirited and passionate. He commands the audience as a man who understands naval history and its ability to empower both civilian and sailor alike. His talk, “The People Who Fought and Won,” is a shining example to his dedication and love of the United States Navy and the men and women who continue to serve today. 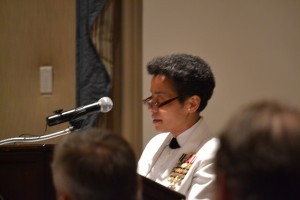 Admiral Harvey dedicated his speech to the memory of a Pearl Harbor and Midway veteran, Chief Petty Officer Howard Snell.  A longtime friend of Harvey’s, Snell recently passed away in January of this year. “He was the prototypical sailor,” Harvey mused at the beginning of his talk. He went on to discuss Snell’s own personal experience in the Navy from enlistment to Midway and beyond. After surviving the attack at Pearl Harbor, Snell was assigned to USS Enterprise and had a ringside seat on the bridge to one of history’s greatest battles. “What he remembered most on 4 June was Spruance’s coolness under fire.” That same coolness became a trademark of Spruance throughout the war.  Snell went on to survive several harrowing conflicts in the Pacific Theater, retiring in 1976 after a life-long career and association with the Navy.

“What a sailor. What a shipmate.”

With clear emotion still hanging in the timbre of his voice, Admiral Harvey shifted course to the question of Midway.   Why bring up Chief Snell and his relationship with the Admiral?  He had an answer: “It is the perfect illustration of the power of our people, and particularly, the people that fought at Midway.” 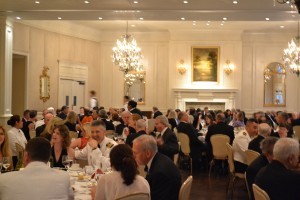 Admiral Harvey eschewed all doubt of luck or skill as the decisive factor for victory.  Although those played a part, he felt those qualities alone do not complete the epic story.  “How did a Navy that hadn’t fought a war in 20 years – a Navy that hadn’t fought a major battle in 33 years [. . .] engage in a brutal conflict with a skilled and determined enemy. How did this victory happen?”

To Harvey, it was the men who fought 72 years ago that made this happen, like the six in attendance on Wednesday. “At Midway, it was the American sailor and the Marine who made up for those significant deficiencies in our ships and aircraft,” Harvey noted. “These men filled whatever tactical gaps in tactical training unanticipated by warfare.”

Although the men and ships needed to properly match such a formidable Japanese foe would not be available until 1943, the calculated decisions of sailors like Lieutenant Dick Best, Lieutenant Commander Wade McClusky, and Commander Max Leslie helped make the Navy’s luck:

“(They) believed that they were primarily responsible for their own and thus their Navy’s fate – and acted on that belief. And their actions clearly demonstrated what was by far the most salient characteristic of the American sailor ever since America first put her Navy to sea – and that is intelligent initiative at the decisive time and place.”

The machines and mechanisms of war do not achieve victory in combat. They are at best a minor player in the combat narrative. The brave men and women who go into harm’s way and make the decisions that ultimately prove successful. Admiral Harvey’s message is a casual reminder of the Navy’s most important asset – its sailors.  “The ability to act decisively despite the risk of life,” Harvey ended his talk with, “is the main reason for victory.” Certainly, this lesson is as important today as it was 72 years ago:

“Remember the people that fought at Midway. It is their sterling example that will surely show us the way ahead, if only we took the time to look at that example and follow that example.”

You can see the full video of Admiral Harvey’s speech here: