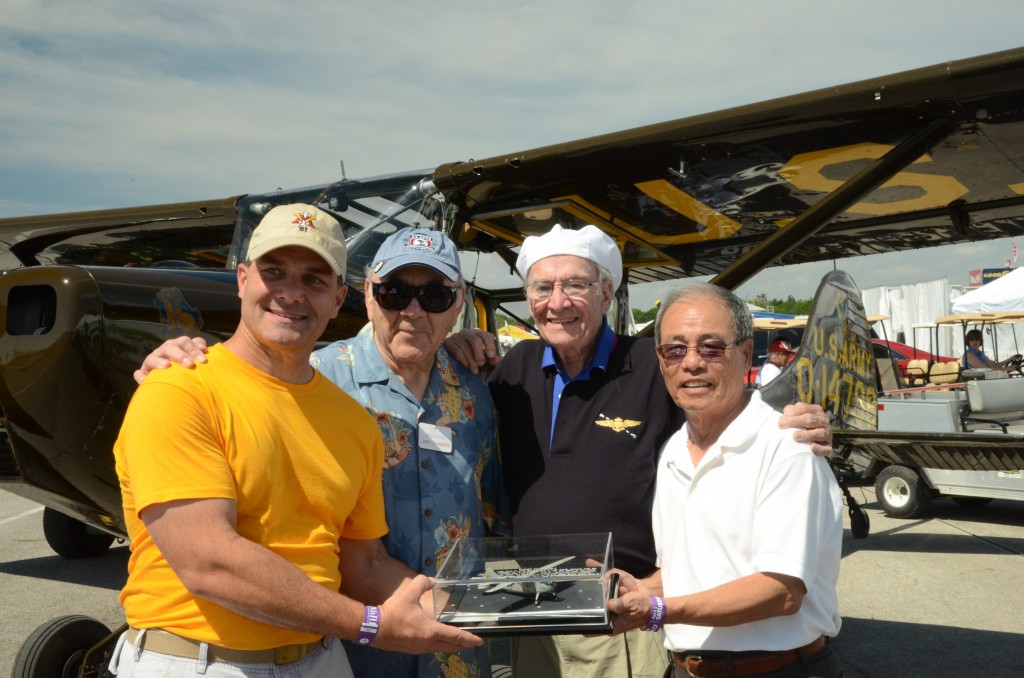 “The bravest guy I know. He didn’t have enough gas to make it back to the beach when Midway gave him an opportunity to make history.”    – Rear Admiral Larry Chambers, USN (Ret.) on Buang-Ly’s historic landing on the deck of USS Midway. 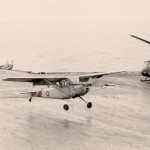 The U.S. Navy was busy cooperating with South Vietnamese forces in Operation Frequent Wind, the largest helicopter evacuation in history. According to NHF volunteer and Vietnam War veteran Capt. Ted Bronson, USN (Ret.) Frequent Wind was the final phase in the evacuation of American civilians and Vietnamese from Saigon, South Vietnam. When that final phase ended, more than 7,000 people had been evacuated to safety aboard many U.S. Navy ships operating in the South China Sea.

Although the U.S. ran the operations during Frequent Wind, several South Vietnamese aviators took it upon themselves to escape in countless helicopters and planes. The most memorable story of the evacuation occurred nearly fifty years ago this month.

Ly began to circle around the Navy ship, desperate but unable to make contact. He resorted to writing a note stuck into his pistol, which he then dropped on the flight deck during a low pass: 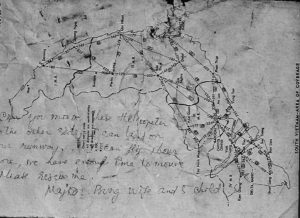 “Can you move the Helicopter to the other side, I can land on your runway, I can fly 1 hour more, we have enough to mouve. Please rescue me.

“The sky was overcast. Light rain was falling. Not much of a sea state. When we turned into the wind we had 40 kts over the deck (15 knots natural plus 25 knots that the old girl was making). My only concern, besides the Admiral telling me not to do it, was whether or not Major Ly would carry enough power to get through the burble and down draft aft of the ship. The high wind over the deck increases the downdraft and the turbulence. Because we were operating helos, I had given the engineers permission to shut down half the plant for maintenance. When I told the chief engineer that I needed 25 knots, he informed me that we didn’t have enough steam. I ordered him to shift the hotel load to the emergency diesels. You get the idea. In addition, we stripped the arresting gear cross deck pendants. At Ly’s approach speed, my only worry was getting him across the ramp. His relative speed couldn’t have been more than 20 to 25 knots.”

Ly received the “green light” from the tower and had permission to land. Landing the Cessna on the deck of carrier without a tailhook was no easy task. One website described the “Bird Dog” as “the plane those gutsy pilots used from Korea to Vietnam.” According to Chambers, Ly nonetheless “made a perfect landing.” Everybody on deck applauded, and Ly made it into the history books. Many sailors aboard collected money to help Buang and his family emigrate to the United States. 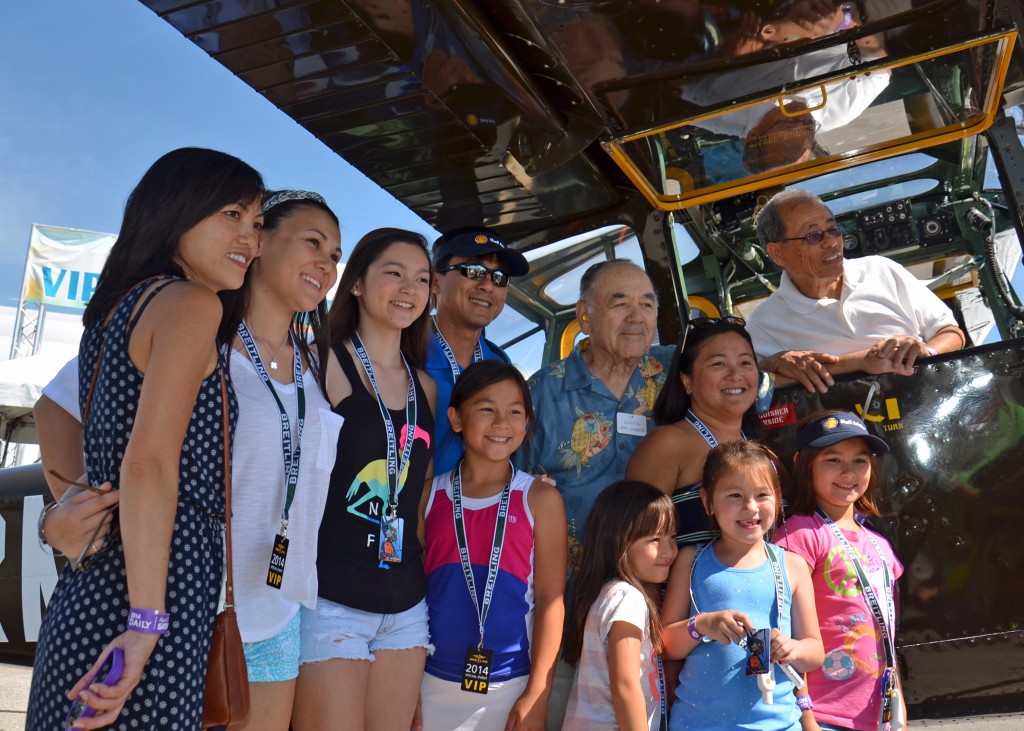 Buang-Ly and Family with Admiral Chambers at the Sun ‘n Fun Expo.

Almost fifty years later, these events were commemorated in a small ceremony held at the 2014 Sun ‘n Fun International Fly-In & Expo in Lakeland, Florida. The Orlando resident came with his extended family to the event held outside the Florida Air Museum at Sun ‘n Fun.Major Ly was presented a special aircraft model in honor of the historic event. The ‘weathered’ model set on flight deck markings, was built by the US Navy’s ‘Cold War Gallery’ award-winning model builder Michael McLeod, and set in a museum quality acrylic case. The model was commissioned and presented by Captain Bronson on behalf of the Naval Historical Foundation. 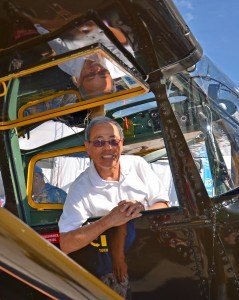