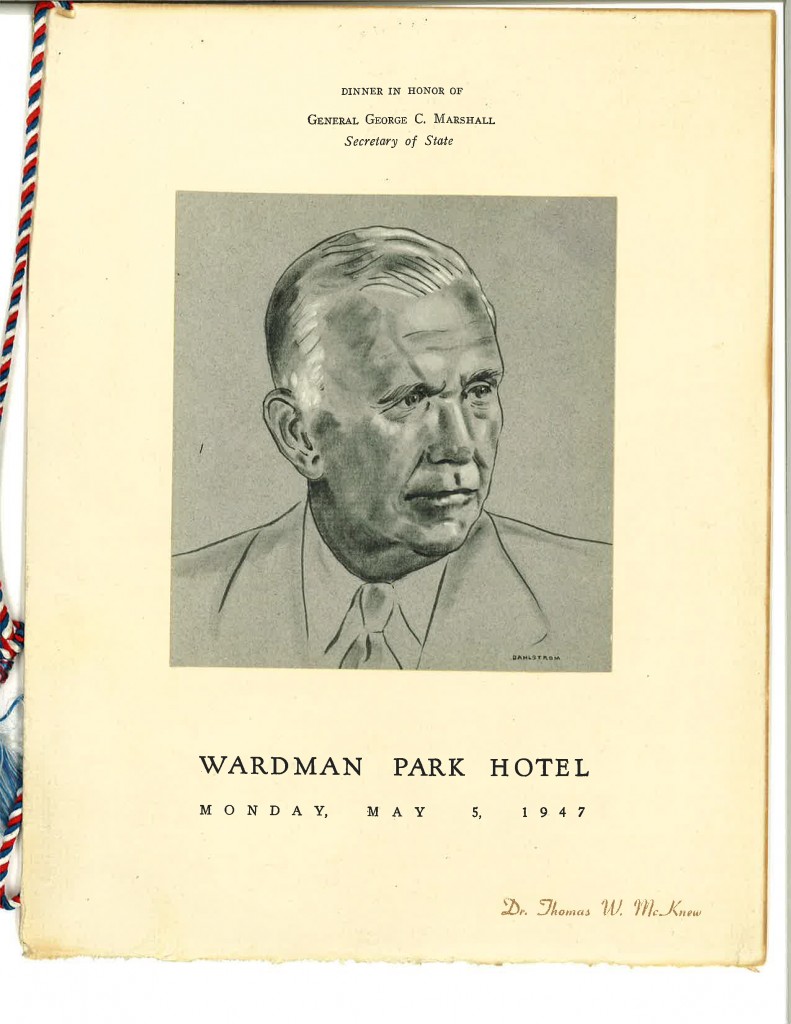 On May 6, 1947, a party was held in Washington, D.C.  Among the honored guests there: A president, a few politicians, and a majority of the most important and influential officers in United States military history.  They all came to the “stag party” (according to President Truman’s presidential diary entry) to honor General George Marshall, Truman’s recently appointed Secretary of State. 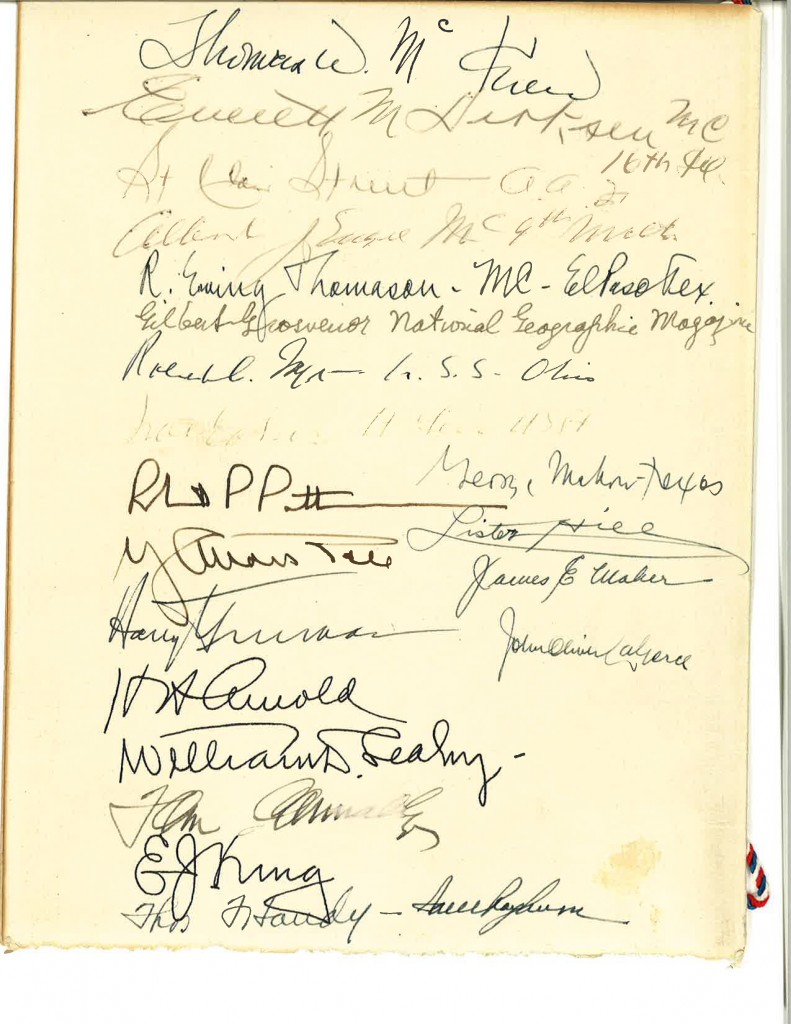 This dinner came on the heels of General Marshall’s greatest achievement, the Marshall Plan, which would earn him the Nobel Prize in 1953. Marshall rolled out that plan during a speech at Harvard University just four weeks after this tribute dinner. The dinner at the Wardman Park Hotel in Washington, D.C. was a “who’s who” of American military leaders, politicians, and magazine magnates.  Among the names on the back of the program:

For naval history enthusiasts, the most notable names appear towards the bottom. Three of the four designated Fleet Admirals in the United States Navy signed their names: William D. Leahy, Chester W. Nimitz (Water mark on signature; appears to be his name), and Ernest J. King.

Directly above Admiral Leahy’s signature are two that are also worth noting: General of the Air Force Henry A. “Hap” Arnold and President Harry Truman. According to the Truman Presidential Library website, Truman met with Marshall earlier that day at lunch, most likely to discuss the Marshall Plan.

There appear to be twenty one signatures on the back cover of the dinner program. Only a handful are identified.  Can you tease out any others? Could that be Texas Congressman Sam Rayburn’s signature in the lower right? Leave a comment on your guesses.  Have fun with it!

The dinner program, part of the Naval Historical Foundation’s collection since 1992, was donated to the George C. Marshall Foundation this week.