NHF Executive Director CAPT Todd Creekman, USN (Ret.) recalls an interesting vignette about the upcoming Pearl Harbor anniversary from one of our members.

The story begins back in 2000.  Ms. June Ferren got in touch with Captain Creekman to ask for help in tracking down the story of her close friend who died during World War II.  The young naval officer was killed aboard his ship off the beaches of Normandy in 1944.  Ms. Ferren knew he died, but not the ultimate whereabouts of his remains.  With Captain Creekman’s help, they were able to discover that his body was recovered from the ship and buried in an American cemetery at Normandy.  His family disinterred the remains several years after the war, reburying them at Golden Gate National Cemetery in San Francisco. 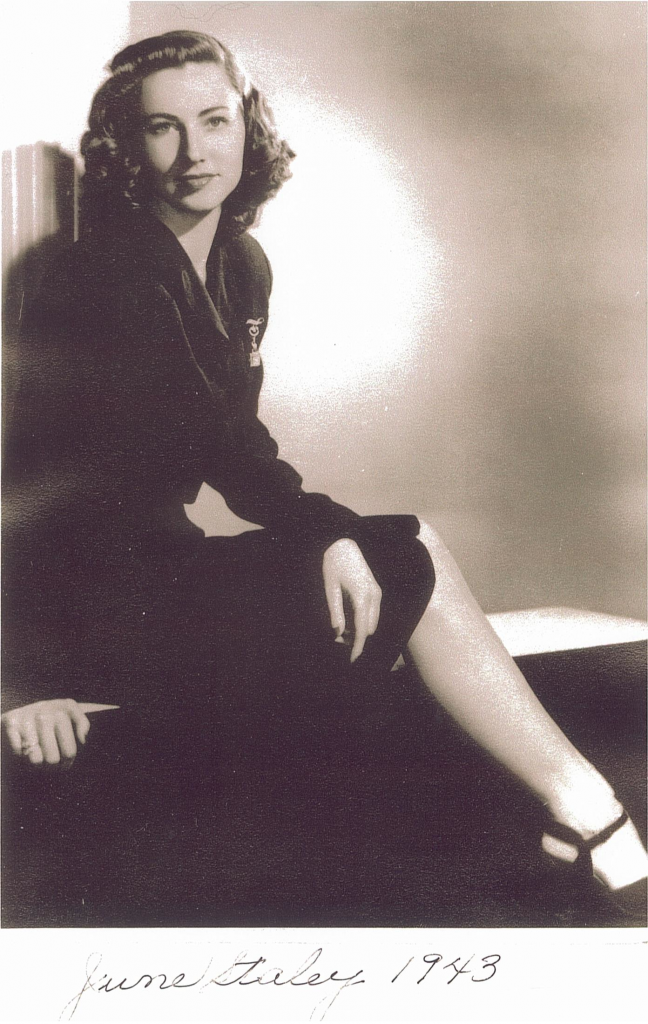 Captain Creekman informed Ms. Ferren (her maiden name was June Staley – see above photo) of his resting place, just a few hours away from her hometown of Burbank, California.  She never knew he was buried so close all these years!

Ms. Ferren, a longtime NHF member, recently sent NHF a postcard from her WWII-era scrapbook that featured another friend, Robert Willis.  Unfortunately, little is known about their relationship, but it is believed that he was a high school friend stationed in Hawaii with the Navy at the time of the 7 December attack. 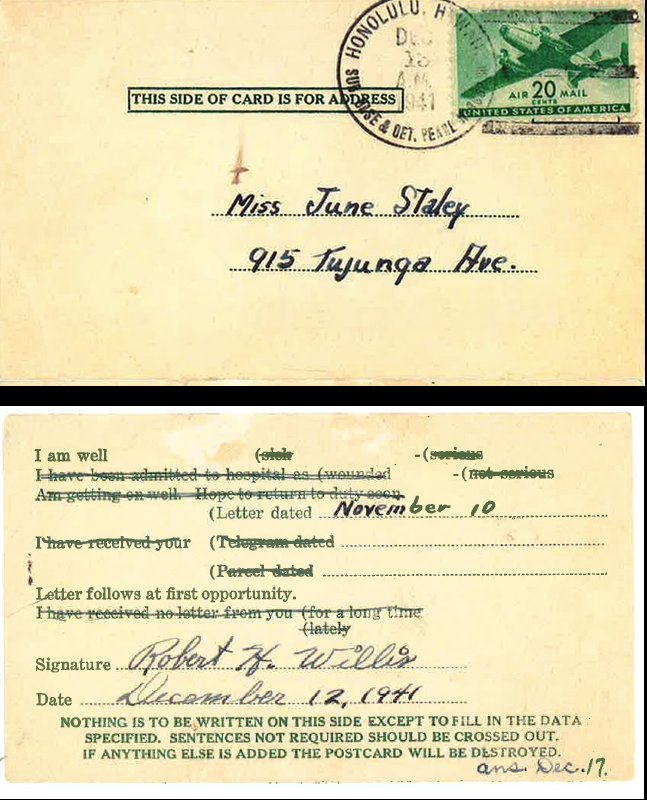 The postcard sent by Willis is postmarked 13 December at the Submarine Base post office, less than a week after the Sunday morning attack.  These postcards were an effort by military authorities at Pearl to permit soldiers, sailors, Marines, and airmen to notify their friends and loved ones of their statuses following the attack. With Japanese intentions for its Navy and armed forces unknown, authorities guarded what servicemen were allowed to divulge about each branch’s readiness to go to war.  According to the postcard, Willis survived the attack without major injury.

Sailors scratched off items that were not appropriate to their condition.  Many of these postcards took an agonizing three to six weeks to reach the mainland.  “It’s a reminder of a time when Hawaii was a remote, hardship duty station and the immediate communications media we enjoy today were a half century or more away in the future,”  Creekman says.