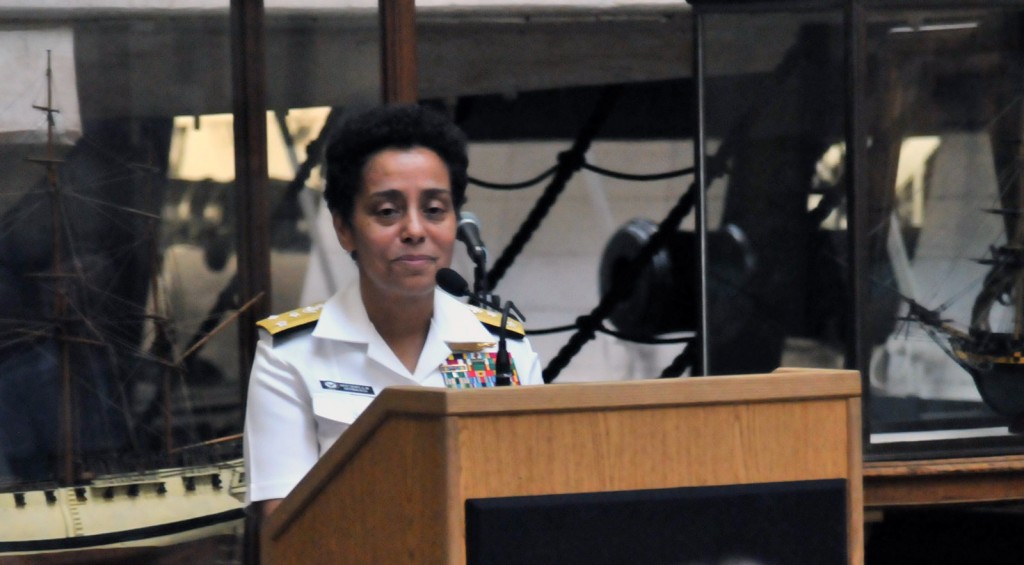 On Tuesday evening, the Naval Historical Foundation sponsored a reception at the National Museum of the United States Navy, celebrating the Bicentennial of the Navy’s great victory at the Battle of Lake Erie. That War of 1812 naval battle ended in a stunning defeat of a British squadron, and gave the United States uncontested control of the waters of Lake Erie. The Navy Museum’s new exhibit, “1813: Don’t Give Up The Ship” features artifacts from the period, many on loan to the Navy from a group of dedicated and generous collectors.  On Tuesday evening, after a busy day featuring period reenactors and musical entertainment, and a lunchtime lecture by Naval History and Heritage Command historian and War of 1812 expert Mr. Charles Brodine, NHF and Museum staff and distinguished guests assembled to pay tribute to one of the defining moments in our Navy’s history. Vice Admiral Michelle Howard, Deputy CNO for Operations, Plans, and Strategy, was the keynote speaker at the event. She remarked that “Those men’s deeds on Sept. 10, 1813, gave us the U.S. Navy of today. Our Sailors will give us the U.S. Navy of tomorrow. It is worthwhile to remember Perry’s crews; those words; that timely victory as we sail into the future.” Her full remarks can be read here. Among the guests was The Honorable J. William. Middendorf, II, former Secretary of the Navy,  long-time  member of our Board of Directors and a noted collector of early Navy documents.

We want to thank the group of collectors who provided not only the artifacts for the exhibit  but also financial support for the reception;  and the Great Lake Brewing Company,  celebrating their 25th anniversary this year, who donated their great Commodore Perry India Pale Ale for the guests’ pleasure – a more fitting beverage could not have been found for this event! 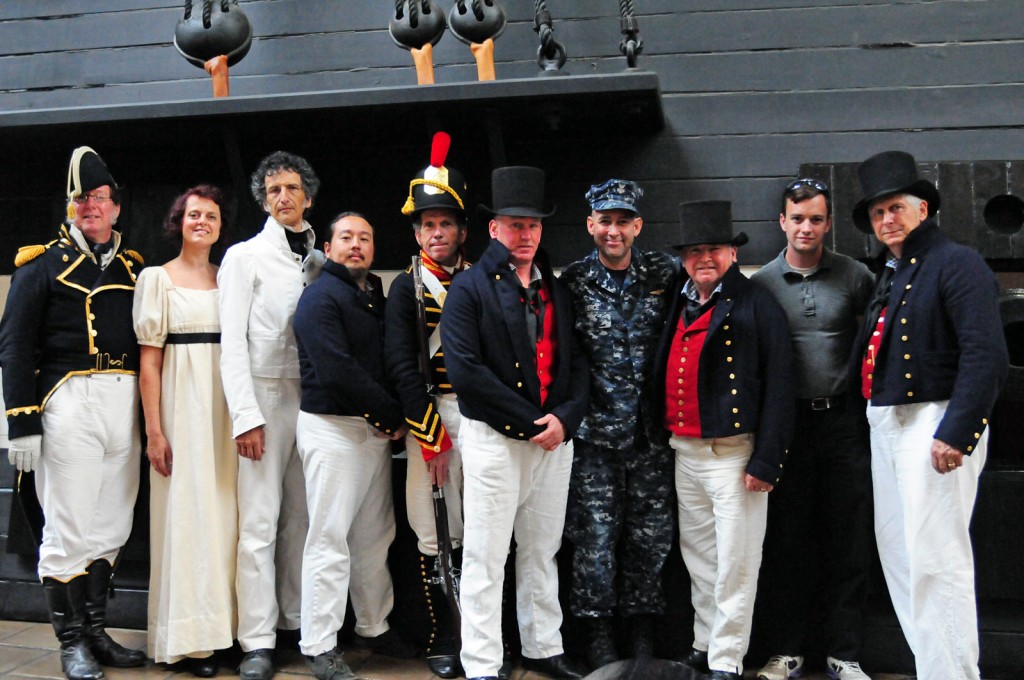 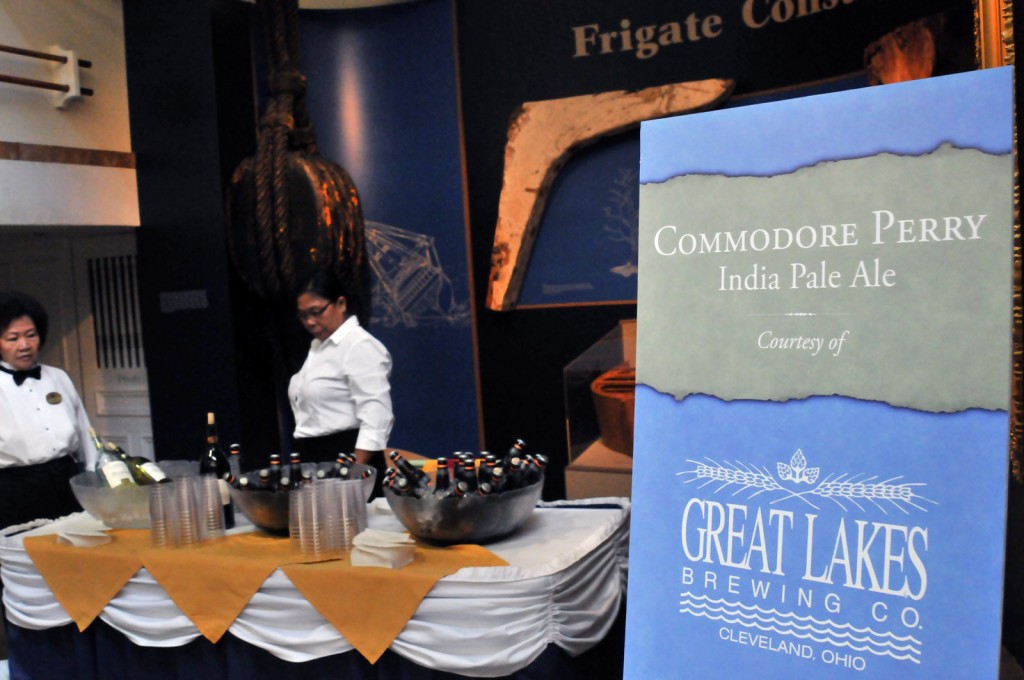