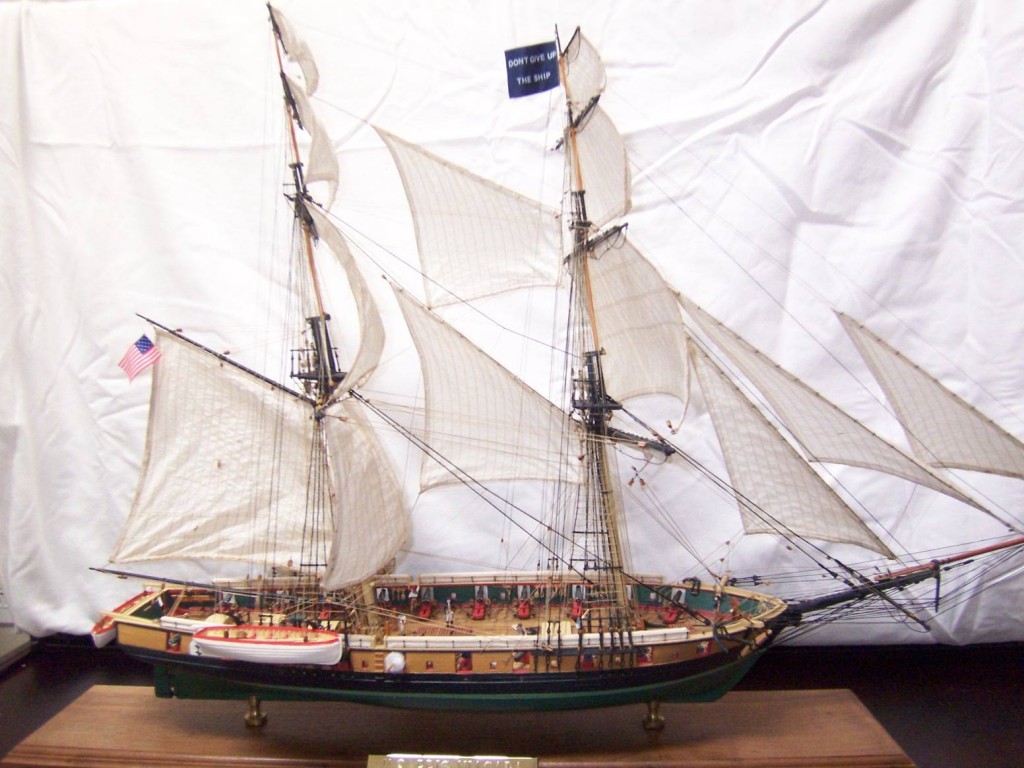 We’re always interested to hear about the ship model projects our members and friends are busy working on. We recently heard from NHF member Robert Allen, who has completed a detailed model of U.S. Brig Niagara, from the War of 1812. As we come up on the 200th anniversary of the great American victory in the Battle of Lake Erie, we wanted to share some images of his detailed model, which includes her crew in action fighting the ship.

Allen spent many years building this model, started in 2004, and finally finishing up in 2011. His inspiration was the much larger, full size replica of Niagara (home port Erie, PA) completed in 1990. In fact, this full size replica was one of the ships to participate in the huge reenactment of the Battle of Lake Erie in September 2013.

The ship is made from wood, with a hull constructed of plank-on-bulkhead basswood strips.The sail set is based on a configuration of the replica Niagara during her sea trials back in the 1990’s. The sails were hand made in California but Allen rigged them all himself. There are over 150 lines on the model, and every sail’s running rigging was correctly installed, which took Allen “forever” to finish.

From what Allen had seen, most models of Niagara are static in nature, some with figures from the crew but none that attempt to represent battle action. Much of his time was spent painting the figures in detail, which are not 100% as one would have seen in 1813, but are close. Allen did the best he could with the figures available in the model industry. Ironically, the figures for Marines and Perry himself came from England!

We are always interested to hear about new ship model projects. If you’re working on something, whether it be a frigate from the age of sail, or a battleship from World War II, let us know, or share a picture of it on our Facebook page here. From time to time, we’ll try to highlight unique projects with a similar story on our blog. Thanks to Robert Allen for sharing his Niagara model with us! 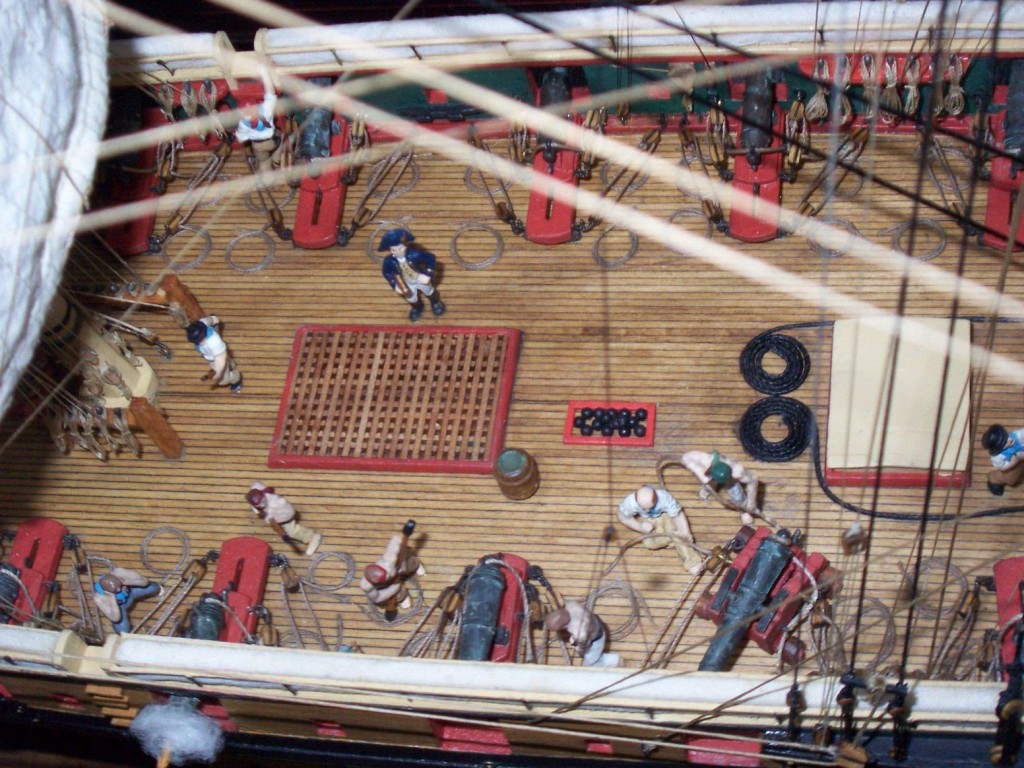