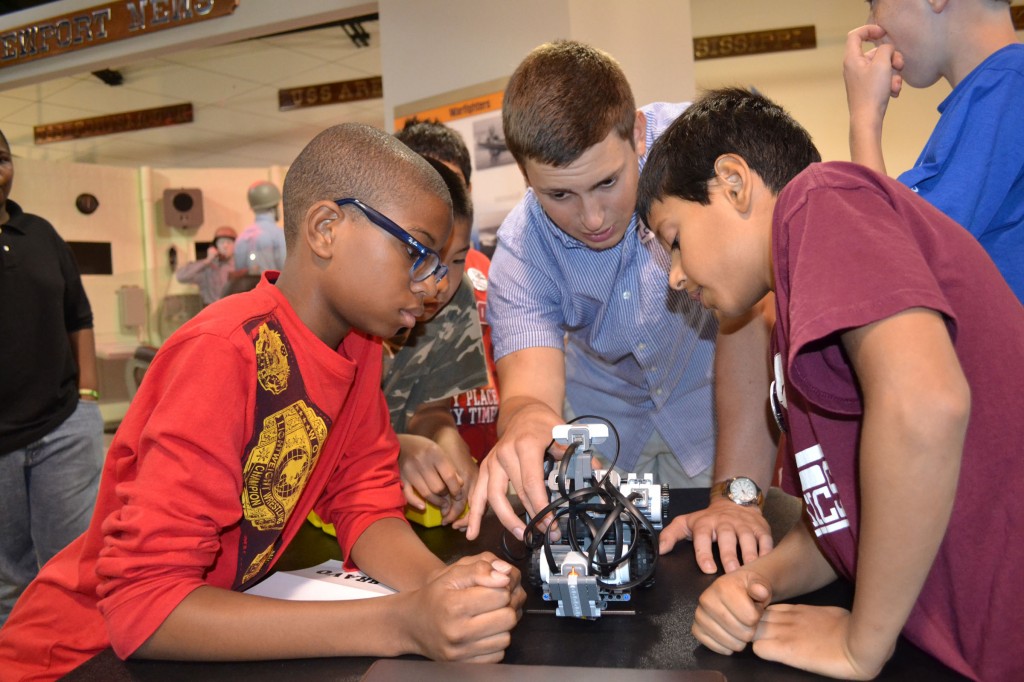 This summer, we’ve had the opportunity to work with the Navy Museum on their Summer Engineering Camp, and directly support the LEGO Robotics portion of the curriculum. The camp, which concluded last Friday, brought dozens of youngsters to the museum for a four-day, team based competition. The Cold War Gallery was bustling all week with teams of children working diligently to complete the various portions of the Engineering Camp program.

The Naval Historical Foundation has taken a great interest in the possibilities of LEGO Mindstorm robots for the education of children. Working closely with the Museum’s staff, we were able to repair their four existing robotics sets, and obtain replacement parts from LEGO Education. The Foundation also purchased six additional LEGO Mindstorm NXT sets for the Museum, giving them ten fully functioning robotics kids. The sets are customizable and can be programmed by children using an easy to understand computer interface. Each robot has a number of sensors which can be swapped in and out, ranging from sound and light indicators, to ultrasonic and touch sensors. For this summer’s camp, each team had to construct a robot that was able to follow a course marked out on the floor, avoiding obstacles and navigating safely to a finish point. On the final day of the program, the teams scurried about testing and reprogramming their robots, trying to complete two basic courses laid out on the floor of the Cold War Gallery. For those who completed the two basic courses, an advanced course was laid out for the children to attempt.

The program was a great success, and gave children the chance to learn STEM concepts (Science, Technology, Engineering, and Math) while having fun building LEGO machines. We look forward to future partnership with the Museum on educational programs, and we invite you to follow them online at: www.history.navy.mil/branches/org8-1.htm