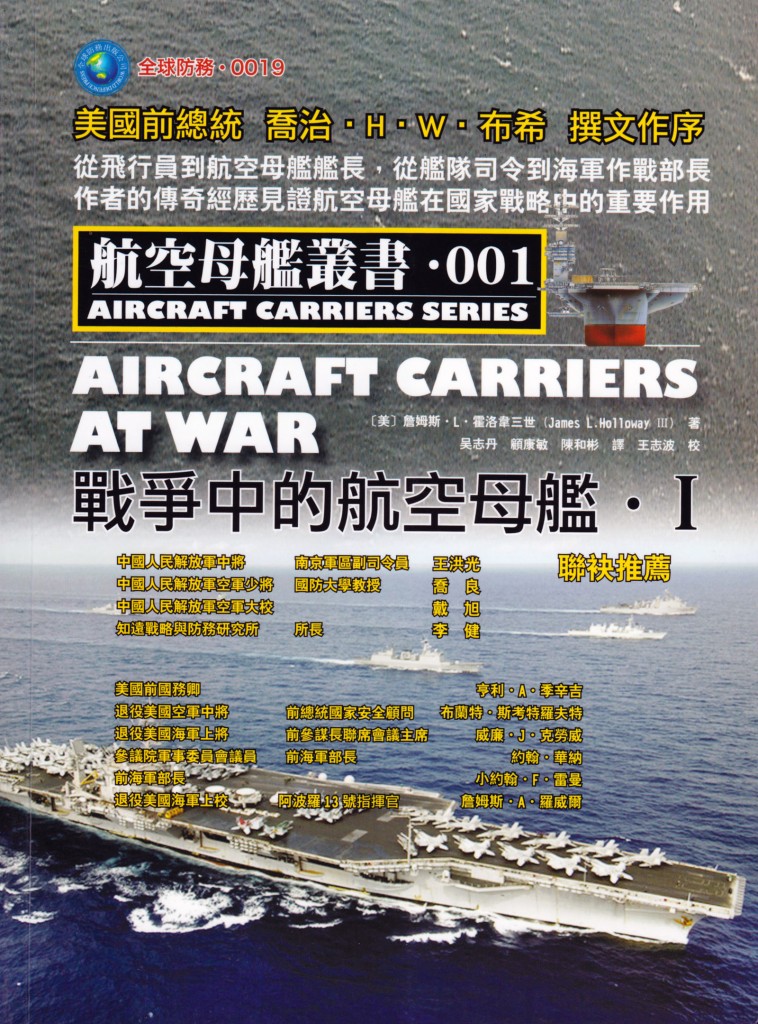 Admiral James L. Holloway, III, USN (Retired) served as President and later Chairman of the Naval Historical Foundation for 28 years. The retired Chief of Naval Operations is currently our Chairman Emeritus, and still drops in to say hello from time to time. This morning, we received new copies of his book, Aircraft Carriers at War, but with a twist – the books are printed in Simplified Chinese. Portico, under a license from the U.S. Naval Institute, has published this new edition of his 2007 book for sale in mainland China. In this important book, Holloway shares his experience and analysis of U.S. Navy airpower from the Korean War, into Vietnam, and the long struggle against the Soviet Union.

We congratulate Admiral Holloway on this new edition of his book!