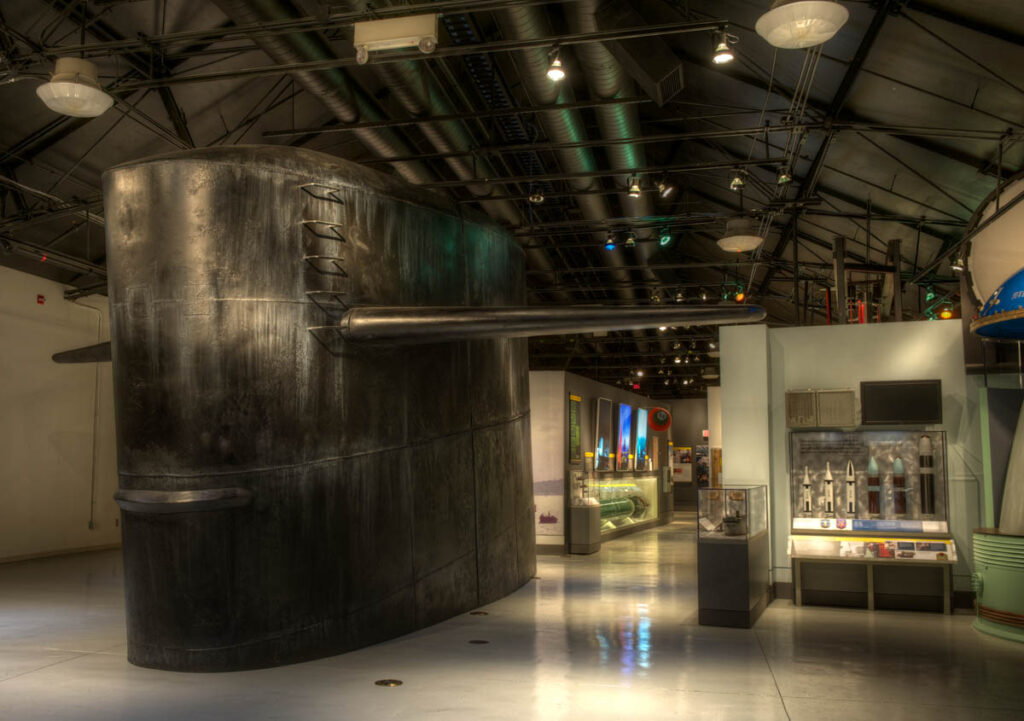 For the month of August, Naval History and Heritage Command along with the support of Naval District Washington, will offer free public access via the Anacostia Riverwalk Trail to the newly opened Cold War Gallery, the National Museum of the U.S. Navy and destroyer Display Ship Barry.

The only day the museums will not be open is on Mondays, due to the furlough restrictions.

Until this point, it has been a challenge for visitors to access these national treasures due to security requirements. However, a special agreement was reached to make a family-friendly option for museum goers, located within a 15-minute walk of the Nationals Park.

“We are very excited about the possibility of introducing even more of our neighbors to the rich history of the U.S. Navy,” said Capt. Jerry Hendrix, the director of the Naval History and Heritage Command, which is responsible for the U.S. Navy’s museums. “There is something for everyone, from young children to our senior veterans.”

Signs placed along the Riverwalk will direct visitors to the Washington Navy Yard gate located near the Cold War Gallery. All adult visitors are required to present photo identification to enter. With the exception of Mondays, the museums and display ship will be open to visitors 9 a.m. – 5 p.m. weekdays and 10 a.m. – 5 p.m. on weekends.

Located at the Washington Navy Yard, the National Museum of the U.S. Navy displays art and artifacts from the Revolutionary War, Antarctic exploration, World War I and World War II, as well as submarine innovations. Visitors will enjoy peering through a submarine periscope, learning about deep sea exploration and diving, and maneuvering WWII-era artifacts. The Cold War Gallery, opened in October, features a large submarine exhibit, including a view of living and working conditions, artifacts from Vietnam POWs, displays from the Korean War, as well as an interactive exhibit on a naval battle from the Vietnam War called “Into the Lion’s Den.”

Display Ship Barry is one of only three remaining Forrest Sherman class destroyers. Barry is the third ship to bear the name of the illustrious Revolutionary War naval hero, Commodore John Barry. She supported the 1958 Marine and Army airborne unit landing in Beirut, Lebanon. In 1962, she was a member of the task force that quarantined Cuba during the Cuban Missile Crisis in response to evidence that Soviet missiles had been installed on the island. In 1979, Barry joined the Middle East Force for Persian Gulf service during the very tense period that accompanied the Iranian Revolution. In 1981-1982 Barry made her final deployment in that area. USS Barry was decommissioned in 1982 and arrived at the Washington Navy Yard in 1983.

For the latest information on visiting the Museum, include access and hours of operation, visit the Museum’s website at: www.history.navy.mil/branches/org8_Visit.htm