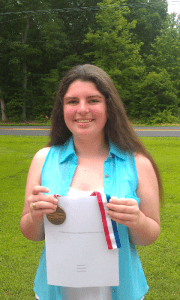 This June, the Naval Historical Foundation once again had the opportunity to engage with young scholars at the National History Day Awards Ceremony in College Park, MD. On hand to represent NHF was life member and volunteer Dr. Charles Chadbourn of the Naval War College. We were very pleased to present the Captain Kenneth Coskey National History Day Prize for the best entry on naval history to high school junior Maria Sutton of Padua Academy in Wilmington, DE. Her paper was titled “The Sinking of the USS Maine: A Turning Point in American Foreign Policy.” Each year since 1999, we have awarded a $500 prize to the high school or middle school history project that best captures an appreciation for naval history. Judging is conducted by the organizers of National History Day. The prize is named for the late Captain Ken Coskey, a Vietnam War combat aviator and Prisoner of War, and former Executive Director of the Naval Historical Foundation.

Maria’s interest in naval history was formed at an early age, and heavily influenced by her grandfather, EN3 Robert E. Harrison, who served in the U.S. Navy during the Korean War. The stories he shared about his service fostered a fascination in young Maria, and a desire to learn more about the Navy. She says that “because of him, I automatically knew I wanted to research a Naval topic for my History Day paper.” The theme for this year’s National History Day was “Turning Points,” and Maria decided to study the 1898 explosion of the battleship Maine in Havana Harbor, an event that led to war with Spain, and to the first steps of American overseas imperialism. She worked closely with teachers Daniel Mahler, Robert Gabrick, and Dr. Colleen Hall, and in particular with Barbara Markham, the lead teacher who assisted Maria throughout the History Day process.

Her research was extensive, including traditional sources such as books and magazine articles, but also included multimedia sources such as documentaries, websites, and even music. The end result was a well written, well conceived paper that examines the transformation of American foreign policy. Maria “enjoyed being able to research without preconceived notions and discover the history on my own – it was an experience I will never forget.” 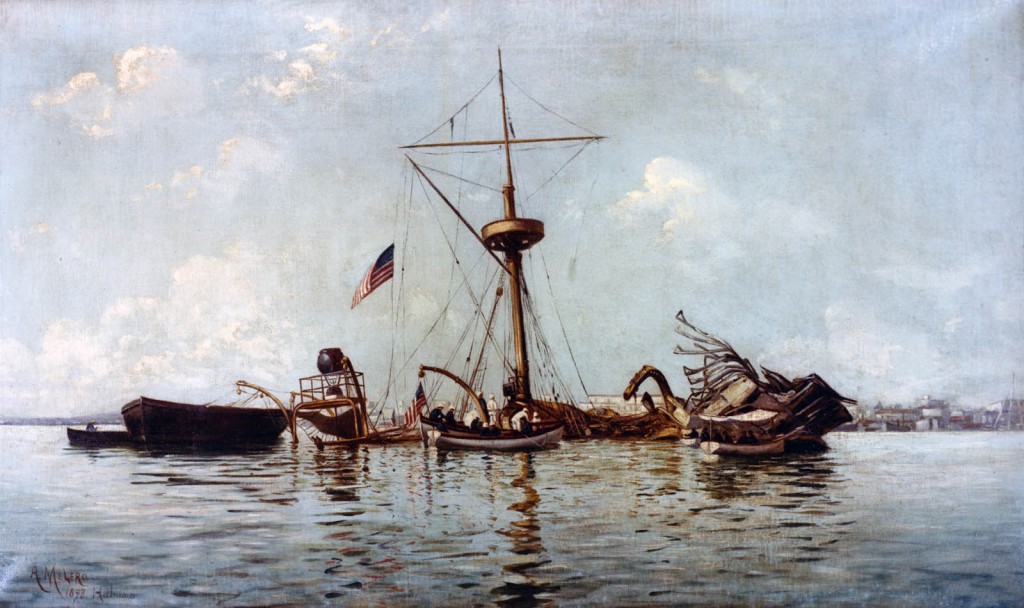