The Conference will examine Baltic Region military history in a broad sense.  We are interested in Baltic subjects from battles and campaigns to discussing the social and economic impact of conflicts.  We are interested in having papers and panels on subjects such as Operational Art in Baltic Campaigns, Early Baltic Military History, the Swedish/Russian Conflicts, the Napoleonic Wars, the Military and Society in the time of the Tsars, the Baltic Campaigns of World War I, the Independence Wars 1918-1921, the Soviet /Finnish Wars, the Cold War in the Baltics, war plans and preparations in the region, and military activities in the region in the 19th century.

If you wish to propose a paper or panel please contact Dr. James Corum at james.corum@bdcol.ee  by 10 August 2013 and provide a short CV, a paper title, and an abstract of 500-800 words. The Baltic Defence College will provide accommodation for presenters. For those attending we can also help arrange for good lodging at very reasonable rates.

If you wish to attend and participate, please contact Dr. Corum by 30 August 2013 to register.

Further details and registration forms will be posted at the Baltic Defence College Website – www.bdcol.ee 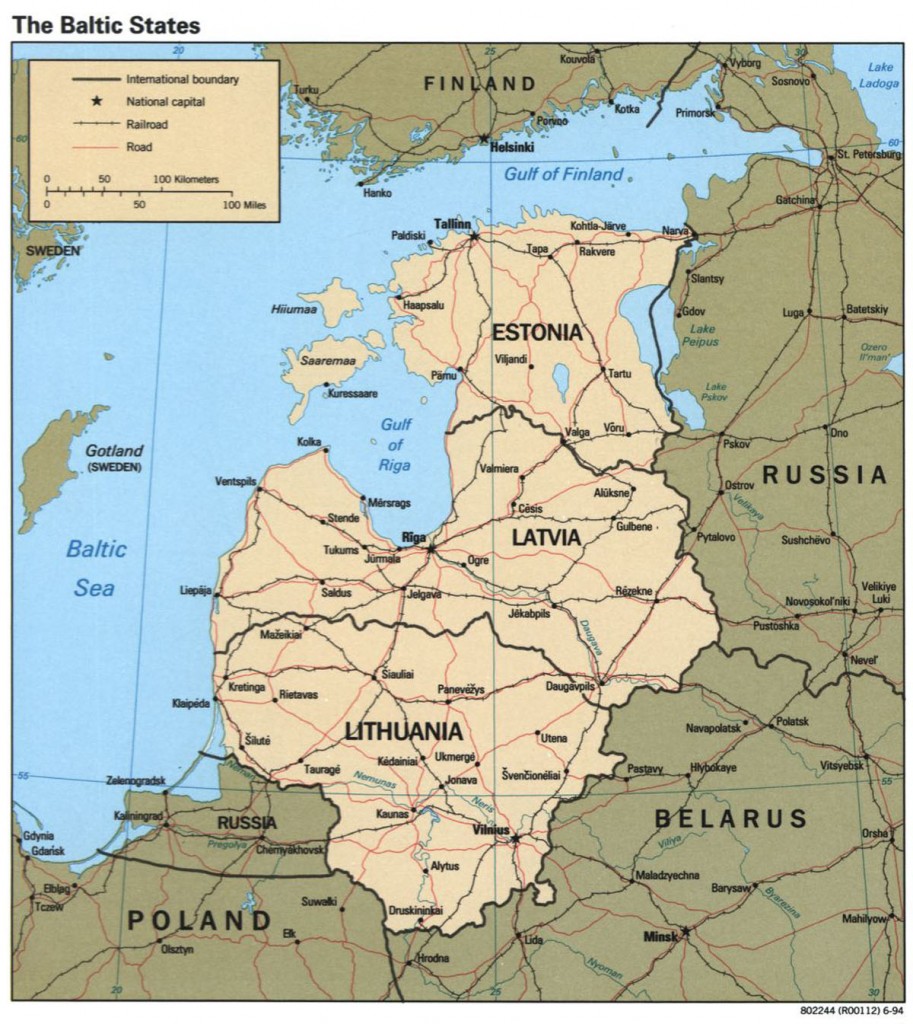 The Baltic States in a 1994 CIA map, courtesy of the Library of Congress.