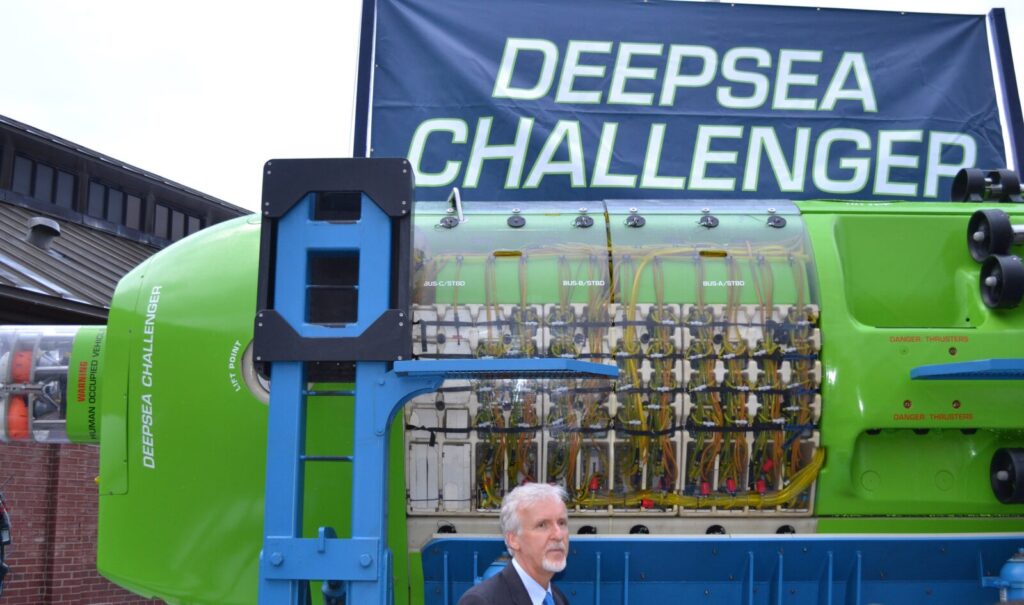 This past weekend, a historic underwater vehicle paid a brief visit to the Washington Navy Yard. Deepsea Challenger, the submersible co-designed by filmmaker and National Geographic “Explorer-in-Residence” James Cameron, was recently donated to the Woods Hole Oceanographic Institute, and the submersible (loaded on an eighteen wheeler) stopped for the weekend at the Washington Navy Yard en route to its new home in Massachusetts. On 26 March 2012, Cameron made a record-setting solo dive to the Earth’s deepest point, successfully piloting the Deepsea Challenger nearly seven miles down to Challenger Deep in the Marianas Trench. He is the first person to make a solo dive to Challenger Deep. In 1960, Navy Lieutenant Don Walsh and scientist Jacques Piccard dove to Challenger Deep in the submersible Trieste I, which is now permanently housed at the National Museum of the United States Navy at the Washington Navy Yard—a hundred yards from its visiting successor on its truck.

Monday was a grey, rainy late spring day in DC, but that did not stop Museum visitors, Navy Yard workers and students of the Navy Museum’s Home School program from inspecting the bright green sub with its amazingly small 43-inch-diameter steel capsule that housed Cameron during his epic 7-hour dive. Late in the afternoon scientists Dr. Christina Symons and Dr. Dijanna Figueroa and other staff from the Deepsea Challenger project worked with 40 children in the Museum’s Cold War Gallery to explain the technology behind this adventure and this remarkable submarine parked just outside.

Last night, the Naval Historical Foundation hosted a reception at the Museum sponsored by Mr. Cameron and his Avatar Alliance Foundation, Woods Hole Oceanographic Institute, and Rolex, whose celebrated watches, on display for the event, made the successful Trieste dive in 1960 and again with Deepsea Challenger in 2012. Mr. Cameron entertained the guests with details of the submersible and the dive, including opening the capsule to give the onlookers a first-hand look at the cramped quarters he endured. Among those in attendance was Don Walsh, making this a truly memorable event, as the two record setting submersibles and two of their three occupants were brought together at the same location. 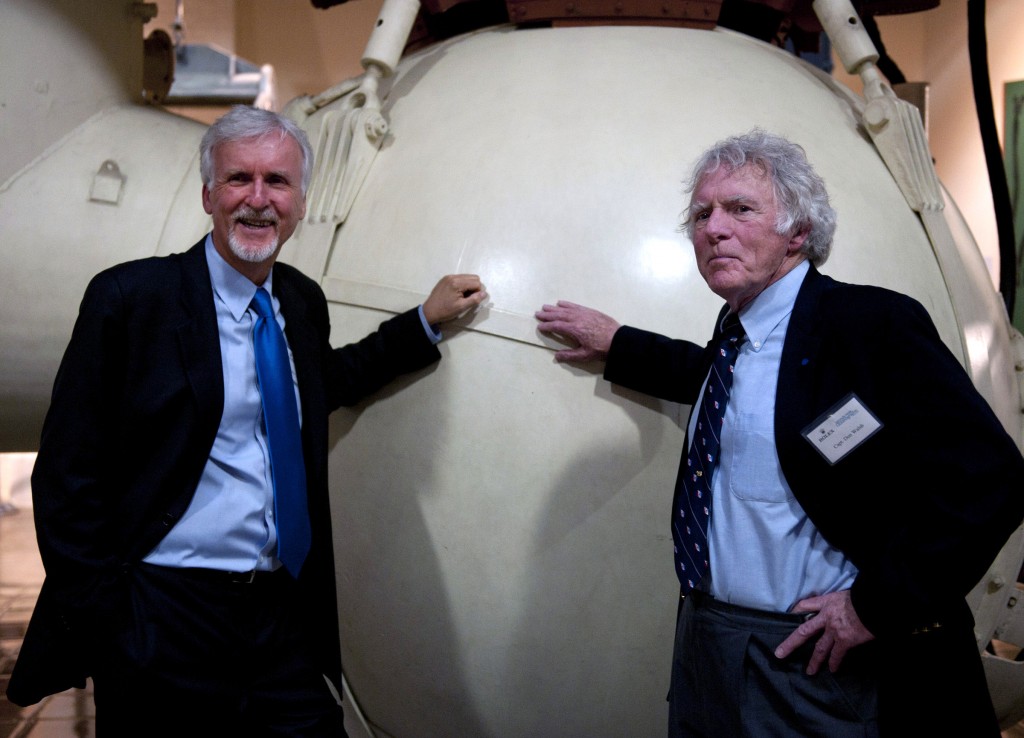