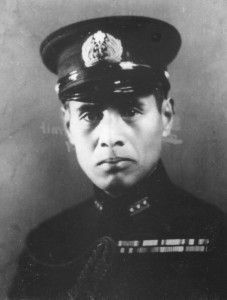 (Editor’s note: This is the seventh in a series of blogs by Norman Polmar, author, analyst, and consultant specializing in the naval, aviation, and intelligence fields. Follow the full series here.)

While in high school I became interested in the Japanese surprise attack on Pearl Harbor on 7 December 1941. As I read about the “date that will live in infamy,” I began to wonder about the six Japanese aircraft carriers that carried out the air strikes: Were they built specifically for the attack? Were they the entire Japanese carrier fleet? Were Japanese carriers involved in World War I? At Coolidge High School in Washington, D.C., I did a term paper entitled “Prelude… to Pearl Harbor”—and received an “A.”

My “research”—such that it was at the time—at the public library revealed no answers to those questions about aircraft carriers. Some information was found at the Navy Department  Library. But the “germ” was planted and I developed an interest in writing a history of aircraft carriers, not just Japanese, but a record of all of the world’s aircraft carriers.

By the early 1960s I had a contract with Random House to produce such a book—it would be my third. Through my work as assistant editor of Navy Times I began visiting London on a regular basis and established contact with several British naval historians, including Captain Donald Macintyre, a top-scoring anti-submarine expert in World War II, and Captain Eric Brown, who still holds the world’s records for the most types of aircraft flown and for the number of carrier landings made. Both men kindly agreed to help me with the aircraft carrier project.

I soon realized that I also needed a Japanese naval expert to help with the book. Masanori Ito, a leading Japanese Journalist, published his book The End of the Imperial Japanese Navy in 1962. After reading the book (and reviewing it for Navy Times), I wrote to Ito, asking for his assistance. He promptly declined, saying that he was not a carrier expert. He urged me to contact General Minoru Genda, recently retired as head of the Japan Air Self-Defense Force (ASDF) and elected to the House of Councilors (the upper house of Japan’s parliament).

Who was Genda? A leading Navy fighter pilot in the 1930s, Com­mander Genda arrived back in Japan in October 1940 after duty as assistant naval attaché in London. He was in Tokyo prior to becoming the air operations officer of the 1st Carrier Division. While in the capital city he by chance saw an American newsreel in which four U.S. aircraft carriers were steaming in formation. At the time Japanese carriers normally operated in two-ship formations (i.e., divisions) and four carriers had never steamed together. Commander Genda pondered what he had seen and concluded that several aircraft carriers could operate in a single formation and then could easily form their squadrons into one mass striking force in minimal time.

His proposal was accepted by the commander of the 1st Air Fleet—the main Japanese carrier force—and  became the formation used by the six carriers in the Pearl Harbor attack. Genda, as air operations officer for the 1st Air Fleet, was tasked in early February 1941 to develop the top-secret plan for the surprise air attack on Pearl Harbor. He held the air operations position for the main carrier force operations through the Battle of  Midway in June 1942. At  the end of the war he was a captain and in command of the fighter forces attempting to defend Japan.

Thus, I wrote to General Genda. He  had become a major general in the Japan Air Self-Defense Force in 1954 and the commander of the JASDF as a full general in 1959. He replied with alacrity. He would do all that he could to help with the book. Genda’s  help was invaluable. He read the drafts of each chapter about the Pacific War, providing valuable comments and details of operations (such as a copy of  the list that he kept on board the task force flagship Akagi as the six carriers reported to him how many aircraft of each type they launched in the Pearl Harbor attack).

Genda also provided new insights into Japanese carrier operations. It had been widely reported that after the two waves of aircraft that struck Pearl Harbor returned to their carriers there was a discussion (debate?) on the flagship over whether to launch another attack. Genda wrote to me:

There were no hot discussions on board the Akagi.  Commander Fuchida [who led the air attack] might [have] expressed his opinion about the further attacks….The only thing I know is “If  they come out [of Pearl Harbor] we will strike again,” Commander Fuchida said just after he landed on the deck. Anyhow, Admiral Nagumo [force commander] and Rear Admiral Kusaka (Chief of Staff 1st Air Fleet) made up their minds, “No Second Attack” long before we started the attack.

And, in June 1942, when Japanese carriers struck the U.S. base of Dutch Harbor in the Aleutian islands as a diversion for the Midway operation, according to Genda, “Japanese pilots were sent off without maps or information about the target. Photos taken on the first day’s attack were processed and used to advantage the following day.”

After dozens of letters and many hundreds of manuscript pages exchanged between us, we finally met in March 1969 when Genda visited the United States. He was invited to the United States in part to participate in the Naval Institute’s distinguished visitor program. (I had been assistant editor of the Naval Institute Proceedings from 1963 to 1967.)

During his visit Genda spoke at the Naval Academy to an audience of Naval Academy midshipmen and faculty, and area USNI members. When asked if the Japanese had possessed the atomic bomb, did he believe they would have used it against the United States, he replied, “I think so.” When in a later conversation I raised the subject to him, he responded, “Why wouldn’t we have?” (He also spoke at the Smithsonian Institution while in the Annapolis-Washington area.)

That week Genda and I had a lengthy, private session at his Annapolis hotel. His English was excellent, his views candid, and his personality overwhelming. During our discussion of the Battle of Midway (June 1942), we spoke of the failure of the Japanese to detect in a timely manner the three U.S. carriers that arrived in the area unbeknown to the Japanese. One of the Japanese search planes had developed engine trouble and had not been immediately replaced. It was in that plane’s search sector that the U.S. carriers were located.

When I asked Genda if another scout plane from the carriers or one of the accompanying cruisers or battleship should have quickly been launched to cover that sector, he responded, “Of course.” Not really thinking, I asked whose fault it was that a replacement plane was not immediately dispatched. Without hesitation, he pointed to his own chest and said: “Genda!”

Genda sent me a very kind letter when he received a copy of our book—Aircraft Carriers: A History of Carrier Aviation and Its Influence on World Events, published in 1969. The title page listed me as author  “In collaboration with” General Minoru Genda, Captain Eric M. Brown, and Professor Robert M. Langdon of the Naval Academy.

We exchanged notes over the next few years, albeit with far less frequency than when we were working on the book. He retired from the upper house in 1986 and passed away three years later, the day before his 85th birthday.

Historian Clark G. Reynolds wrote of Genda in the April 1990 issue of the Naval Institute Proceedings:

Ever the outspoken critic of those whom he considered to be naïve pacifists, Genda had become a staunch advocate of the American nuclear shield over Japan. His intimate cooperation with the United States during his years as head of the Japanese air force had even earned him a U.S. Legion of Merit, awarded by President John F. Kennedy in 1962.

And, “Minoru Genda honored the enemy that had defeated him by helping to forge Japan into one of America’s staunchest allies and friends.”