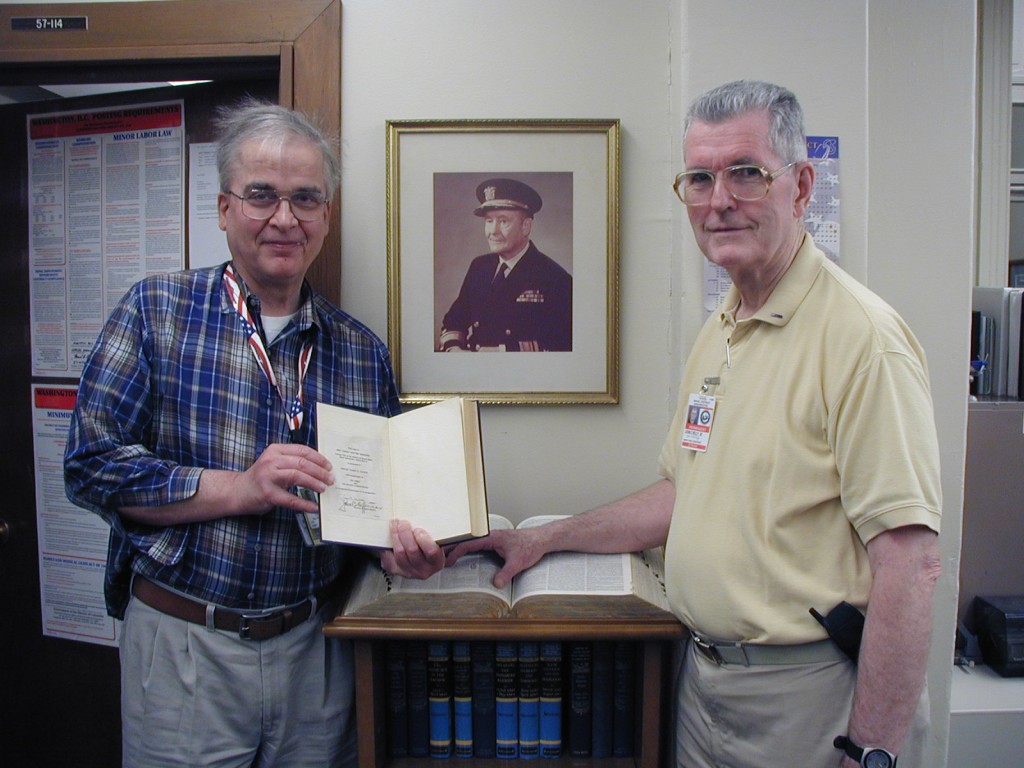 On December 18, 2012, John C. Reilly, Jr., naval historian “par excellence” passed away after several years of illness. There seemed to be nothing he didn’t know about naval history and naval guns and gunnery. I had the distinct honor of working with him and for nearly 45 years calling him my very best friend. He was “the best of us” in our generation.

I first knew John shortly after I came back from the Vietnam War. He joined the Naval History Division about a year after I did. I initially didn’t know what to make of him, but as a short time passed I came to like him and appreciate him and finally came to realize that we both complimented each other in our profession. His death touched every one in the Naval History community, and his death hurt me even more than that of my grandfather, Samuel Eliot Morison.

John Reilly, besides being a good person and excellent historian, also had a good sense of humor. For example, in the early 1970s when the Navy was clearing out the reserve fleet, the Navy went through all the ships and sent the “historical material” on each ship to what was then the Division of Naval History, predecessor of today’s Naval History and Heritage Command. Of course the Navy’s definition of “historical material” was sometimes mystifying. One day, John got a call from Building 220 at the Washington Navy Yard (which was next to us at the time) concerning a large number of pallets they had received addressed to the Division. John informed the head of the Ships Histories Branch and was told to go look at them and take me to help. We went over, and there was a pile of pallets stacked about five levels high shaped like a pyramid. We both looked up to the top, John smiled, looked at me, handed me a crowbar and told me to climb to the top and open the top box. I said “why me?” He said because he was senior to me and older. I mumbled a bit and started climbing. I climbed to the top, opened the top box, and found it was full of CSMP card catalogues (Current Ship’s Maintenance Project) cards (the cards were individual maintenance histories of every piece of equipment aboard a ship). They were useless as far as Naval History was concerned. I yelled down to John that they were CSMP cards and then told him I was coming down. He said “no, stay there, and I will have you thrown out along with the cards.” I thought to myself, “Funny, funny.” We both smiled at each other and laughed.

“Fair Winds and following Seas,” John, my friend. I will never forget you.

Samuel Loring Morison, grandson of Rear Admiral Samuel Eliot Morison, is a naval historian in his own right. He has written several books and over 350 articles. He is currently negotiating with a publisher to update and revise his grandfather’s “History of United States Naval Operations in World War II.”