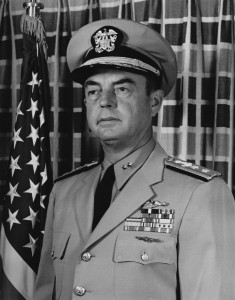 (Editor’s note: This is the fourth in a series of blogs by Norman Polmar, author, analyst, and consultant specializing in the naval, aviation, and intelligence fields. Follow the full series here.)

In the spring of 1970 I was working at my desk when the phone rang. I was an employee of the Northrop Corporation, but working full time for the Navy’s Deep Submergence Systems Project—submarine escape and rescue; deep ocean search and recovery; salvage; the NR-1 nuclear submersible; and the SEALAB seafloor living program.

The phone call was from a Bob Elder, a veteran naval aviator and test pilot, now an executive with the Northrop Corporation. Gulp! Which of my transgressions had caused a Northrop “big kahuna” himself to call this small minnow?

The voice on the phone demanded, “Is this the Polmar who just published the book Aircraft Carriers?”

Vice Admiral M.F. (Mickey) Weisner, the Deputy Chief of Naval Operations for Air, had seen the book and, noting in the jacket blurb that I worked for Northrop, had called Elder. They had talked and agreed that Northrop Corporation would  “loan” me to Weisner for a month to write position papers to help justify the next nuclear-propelled aircraft carrier, the CVN 69, later named Dwight D. Eisenhower.

I was given an office on the fourth “deck” of the Pentagon and was assigned a yeoman secretary. I got to work writing about the need for aircraft carriers, and was soon traveling with some of the senior naval aviators to brief several groups around the country on the need for more aircraft carriers.

In the Pentagon, Admiral Weisner’s staff wanted me to address the fledgling Soviet carrier program in my position papers. The head of Naval Intelligence at the time was Rear Admiral F.J. (Fritz) Harlfinger. He was a submariner who had seen considerable action in World War II, including receiving the Navy Cross for action while in command of the submarine Trigger (SS 237). Later he was the first post-war naval attaché to West Germany.  I had met then-Captain Harlfingfer in the early 1960s when he was head of the attack submarine branch in the Pentagon. His deputy was then-Commander Dominic Paolucci. The two were close friends and during the next decade they both became my friends and very much my mentors.

Admiral Harlfinger set up briefings for me in response to my seeking information on the Soviet carrier program for use in the papers that I was writing for Admiral Weisner. One day Harlfinger’s office called for me to attend the daily intelligence briefing for the admiral.

The briefing was an eye-opener; the Soviet Navy had begun exercise Okean (Ocean)—the largest peacetime naval exercise in history—with 200 surface combatants, submarines, auxiliary ships, and intelligence collection ships taking part as well as hundreds of aircraft. Phases of the exercise were being conducted in the Baltic, Norwegian Sea, North Atlantic, Mediterranean, Indian Ocean, and Western Pacific. During the next couple of weeks I sat in on the Okean briefings as the tapestry of the exercise unfolded.

When my month in the Pentagon ended I went back to Navy deep submergence programs, with the occasional trip somewhere across the country with Vice Admiral Jerry Miller and Vice Admiral Chris Cagle to speak to groups about the need for American naval power. The Soviet exercise had sparked increased interest by the Navy in briefing members of Congress and their key supporters, usually in their home states and districts. (Miller was the deputy head of the Joint Strategic Target Planning Staff, responsible for the targeting of all U.S. nuclear weapons, and Cagle was the first head of the naval education and training command.)

In late July I packed up my stuff and left Northrup to go to work for Captain “Dom” Paolucci, who had retired a few months earlier. A Naval Academy graduate (1943), submariner, and with a PhD in math, he had entered the corporate world with a small California defense studies firm, Lulejian and Associates. As president, he moved the firm’s headquarters to Rosslyn, Virginia. As my friend and mentor, he induced me to leave Northrop and join him.

A few days after I went to work for him, Paolucci and I raced to the Pentagon, a few minutes away from our Rosslyn office, and went up to Admiral Harlfinger’s office on the fifth floor. Several of his staff were there. Harlfinger—soon to be promoted to vice admiral—and Paolucci discussed the Okean exercise and the changing Soviet Navy. Then they turned to me and asked, “Any questions?”

I was to prepare the Navy’s summary report on the exercise, based on various preliminary Navy reports, intelligence data, and “other sources.” The last included SIGINT or Signals Intelligence—the intercept of Soviet communications. I did not have the security clearances for that source, hence a just-retired Navy captain, Giles Upshur, would handle that material and provide me with input at the appropriate security level for the report, which would be Secret.

Back at the office I was given a “skiff”—classified and secured conference room—and a team of bright young analysts and mathematicians. (Paolucci’s PhD in math came to the fore when hiring analysts.)  For the next few weeks my team and I worked around-the-clock to produce the report. Within our skiff we covered the walls with brown wrapping paper and drew time lines for each of the 200 Soviet surface ships and submarines that we could track. Thus, we could tell on a given date which ships were where and—to some extent—what they were doing on that date.

One day, as he team sat discussing a particular phase of the exercise, someone mentioned the “60 surface combatants.”

“No,” I said. “There were 61 surface combatants in the exercises.”

The discussion soon became animated. We pulled out sighting reports and intelligence reports, raced back and forth counting time lines, and looked at dozens of photos. Ship numbers were added, again and again. Some tallies gave us 60 and some 61.

Finally, one of the team noted that the difference was in the number of escort ships departing the Black Sea for the exercise. Photos were snatched up, ships lists again scrutinized. BINGO! A Petya—as I recall—exiting the Black Sea had one pennant number on the starboard side and another on the port side. And, the paint on each side of the hull differed. Apparently the ship had been in the yard being repainted and renumbered when ordered to sea. Some of our counts listed her as two ships. The great mystery of Okean 1970 had been solved!

The report was well received.

The Okean report led to the firm being given a contract to perform an analysis of Soviet perceptions of the Vietnam War and their impact on the future role of sea power. I managed that study—entitled Cluster Neptune—in 1972-1973. A short time later I was directed to prepare an unclassified report on the Soviet Navy for use by U.S. commanding officers and public affairs officers; this led to the series “Understanding Soviet Naval Developments.” Several subsequent editions were prepared by Naval Reserve units over the next few years, and a commercial publishing firm reproduced my initial edition in hard cover for libraries. The success of my initial “Understanding” monograph (1974) led to an Army contract for me to prepare Field Manual 30-40 “Handbook on Soviet Ground Forces” (1975), the Army’s equivalent to “Understanding Soviet Naval Developments.”

During this period, based on the previous studies and papers, and the reference book Guide to the Soviet Navy, which I began editing in 1975, I was tasked by Dr. N.F. (Fred) Wikner in the Department of Defense to write two major papers: The first was a biography of Admiral S.G. Gorshkov, head of the Soviet Navy since 1956; the second was a paper on the possible Soviet Navy after Gorshkov. These were fascinating projects and put me in close contact with several Soviet experts: Brad Dismukes and Bob Weinland of the Center for Naval Analyses; Mike MccGwire of the Royal Navy; Ray Robinson of the Central Intelligence Agency; and former Soviet destroyer commander Nikolai Fedorovich Artamonov (alias Nick Shadrin).

I carried out these efforts in parallel with other studies related to the Soviet Navy. One of these addressed tactical nuclear war at sea, which led to my meeting Dr. Edward Teller, the “father of the hydrogen bomb.”

But that’s another story. 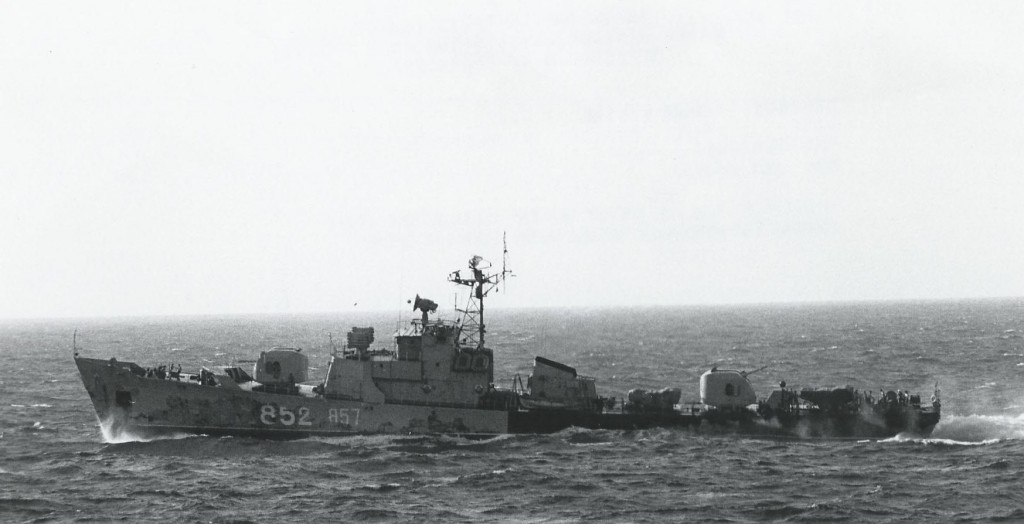