Dr. Jack London (Captain, USN, Retired), has been honored with the Nathan Hale Award from the Reserve Officers Association (ROA) at the organization’s 90th anniversary celebration at the Willard Hotel in Washington, D.C. The award is given to prominent federal, state, and local government and civic leaders to recognize outstanding and dedicated individual service in the interest of national security, reflecting the patriotic dedication to America epitomized by Nathan Hale. Founded by General John J. Pershing, the ROA provides a wide range of professional and personal benefits to its membership and keeps reservists and their families apprised of important topics such as call-ups and legislative actions.

Dr. London, who services Executive Chairman and Chairman of the Board of CACI International, Inc., is a member of the Naval Historical Foundation’s Board of Directors, and a great supporter of our mission to educate the public about naval history. The list of his contributions is extensive, but we wanted to touch on just a couple of the ways he has enriched the visitor experience at the National Museum of the United States Navy. Last year, during the kickoff for the Navy’s bicentennial commemorations of the War of 1812, Dr. London sponsored an interactive display in the main Navy Museum, allowing visitors to explore the long list of commanding officers of the frigate USS Constitution (read our story here, and see the photo below from that ceremony). In 2011, Dr. London sponsored a Sikorsky HSS-1N “Seabat” helicopter model for the Cold War Gallery’s unique aircraft model display. The model was designed to be an exact replica of the Seabat he flew for HS-7 in 1961 – 50 years ago that year.

We congratulate Dr. London on receiving this award, and thank him for his ongoing support of our mission! 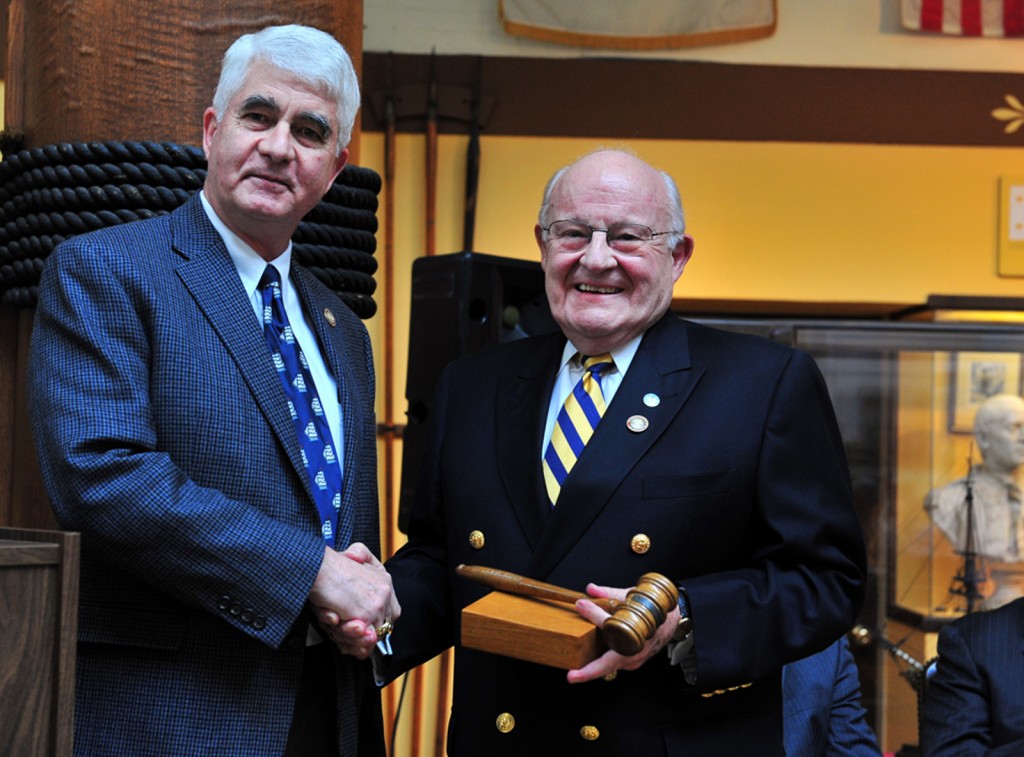 Washington, DC (March 12, 2012) Dr. Jack London, Chairman of the Board of CACI International Inc. and descendant of Capt. Samuel Nicholson, first commanding officer of the USS Constitution, is presented with a gavel made from the wood of the USS Constitution by Executive Director, Naval Historical Foundation Captain Charles T. Creekman, USN (Ret) in appreciation for his support and donations made towards the National Museum of the United States Navy’s new “Captains of the USS Constitution” interactive display. (US Navy photo 120312-N-WE887-001 by MC2 Gina K. Morrissette/released)