Starboard side view of USS HOGA during Builder’s Trials on the Hudson River, 12 May 1941. National Archives Photograph 100855F courtesy of the Arkansas Inland Maritime Museum.

As we approach the 71st anniversary of the tragic Japanese attack on Pearl Harbor, the thoughts of many around the nation will turn towards Hawaii, and the wreck of the battleship USS Arizona. But another Navy vessel from that colossal battle is being prepared for display in the deep South. The tugboat ex-USS Hoga (YT 146) is currently on blocks in drydock in California, undergoing repairs and maintenance. When completed, Hoga will be towed to the Arkansas Inland Maritime Museum (AIMM) in North Little Rock, Arkansas. The tugboat will take her place alongside another historic World War II boat, the submarine USS Razorback (SS 394).

USS Hoga is a Woban class district harbor tug. Her name is translated from the Sioux word for fish. Built in New York, she was commissioned in May 1941 in Norfolk, VA, and soon made her way to Pearl Harbor. When the Japanese attack commenced on the morning of December 7, Hoga was underway quickly working to save lives and ships in the chaos of the harbor. She picked up sailors floating in the water, and provided assistance to the damaged ships USS Vestal and USS Oglala. As the fight raged, the battleship USS Nevada got underway, making for sea and firing back at the enemy aircraft. With her captain ashore, Lieutenant Commander Francis J. Thomas took command of the battleship. Nevada was heavily damaged, and with the ship in danger of sinking,Thomas ran her aground at Hospital Point to avoid blocking the channel. Hoga was dispatched to aid the battleship. With the assistance of another tug, the massive Nevada was refloated and moved to a more secure position where she would not sink in the channel. Hoga was fitted with firefighting gear, which enabled her to battle the fires on Nevada. For the next 2 days, she continued to fight fires along Battleship Row, and following that assisted with the ongoing cleanup of the battle-scarred Navy base. For a firsthand look at the battle, take a look at our earlier story which featured a 10 minute black and white video of original footage. 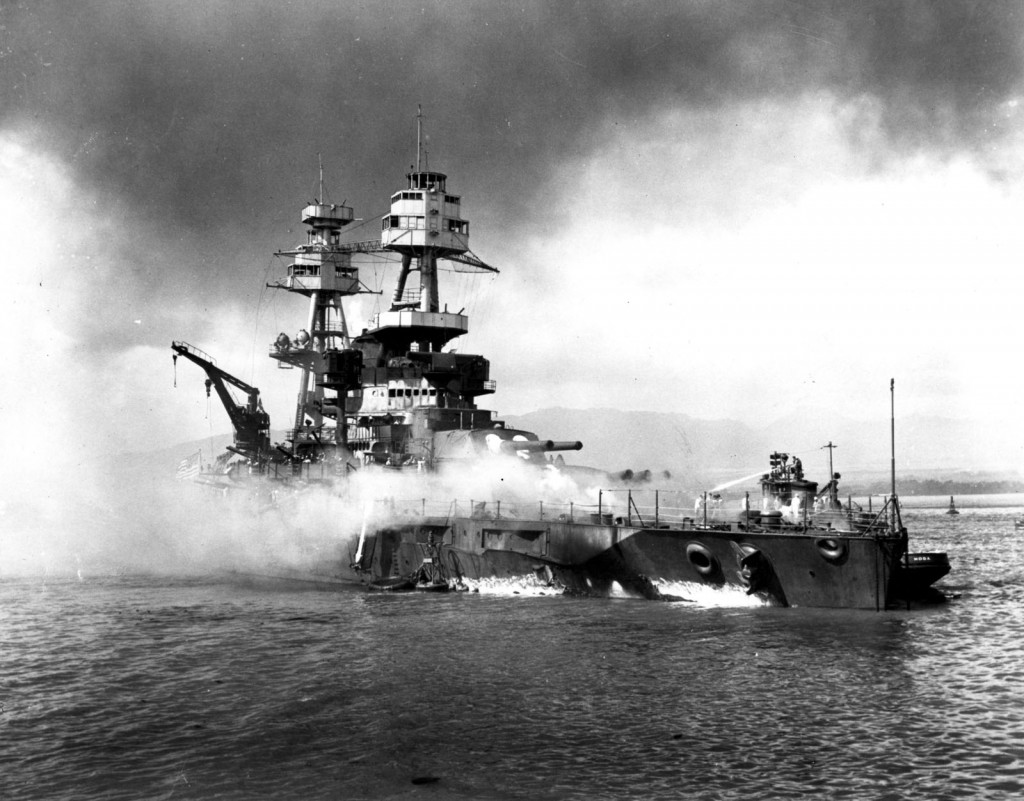 USS HOGA (at right) alongside the battleship USS NEVADA on 7 December 1941. HOGA is shown fighting fires burning on board the grounded battleship. National Archives photo 80-G-19940.

The tug Hoga served the remainder of the war at Pearl Harbor, and in 1948 was loaned to the Port of Oakland as a fireboat. She was renamed Port of Oakland, and later City of Oakland, and served for decades on the waterfront, fighting fires. In 1989 National Landmark Status was awarded to the boat for her role in the Pearl Harbor attack. She was returned to the Navy in 1994, struck from the Naval Register, and placed in reserve in the National Defense Reserve Fleet at Suisun Bay. She was made available for donation as a museum, and in 2005, Arkansas Inland Maritime Museum was selected.

This past July, Hoga was moved out of Suisun Bay, and towed to the Allied Defense Recycling (ADR) facility in Vallejo, CA. ADR occupies part of the old Mare Island Naval Shipyard. After pier-side inspections, Hoga was moved into the drydock. Currently, additional inspections are ongoing to determine exactly how much of the lower hull will need to repaired (and just as importantly, to determine what doesn’t need repair).  While final reports are not yet available, initial indications are that much less of the lower hull will need repair than was originally estimated. At this time, AIMM does not have a firm schedule for when work will be completed on Hoga, or when she will depart California. However, as soon as a schedule is known, it will be made available. In the meantime, the AIMM website has a great collection of photographs and even blueprints that are available to browse. And be sure to follow along at their blog for the latest news: aimmatnlr.blogspot.com/

Once Hoga is permanently moored in Arkansas, the focus will be on restoring here to the appearance and configuration she had on the day of the Japanese attack, keeping her “ship shape and Bristol fashion”, and, of course, telling her story to the museum’s many visitors. 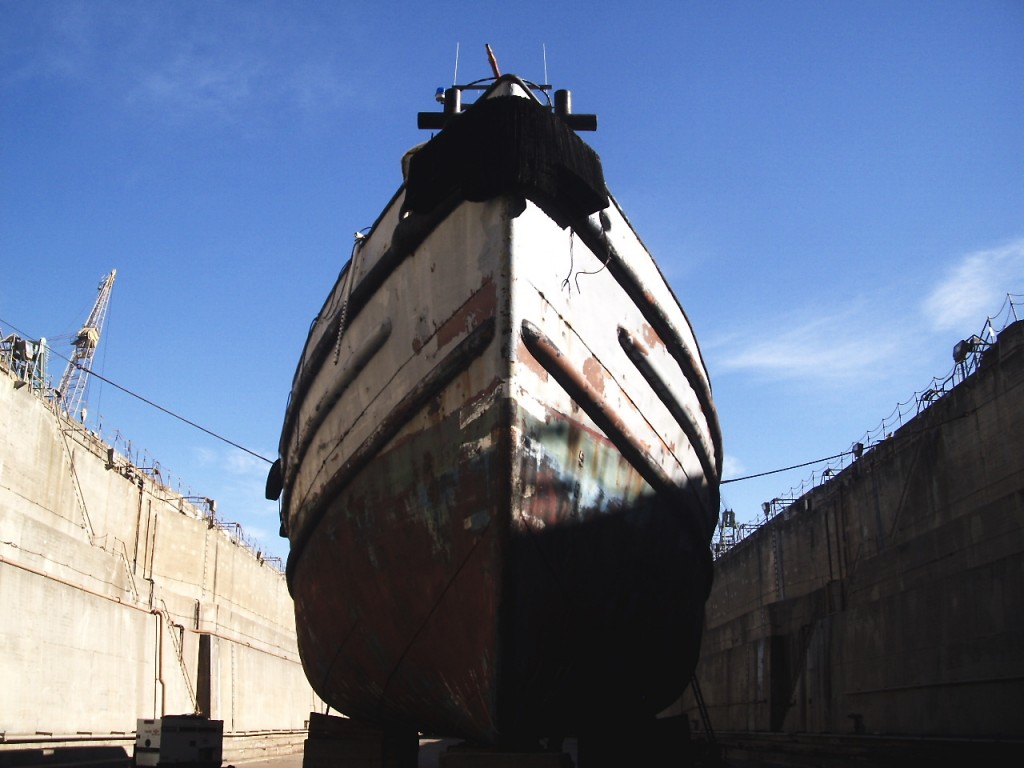