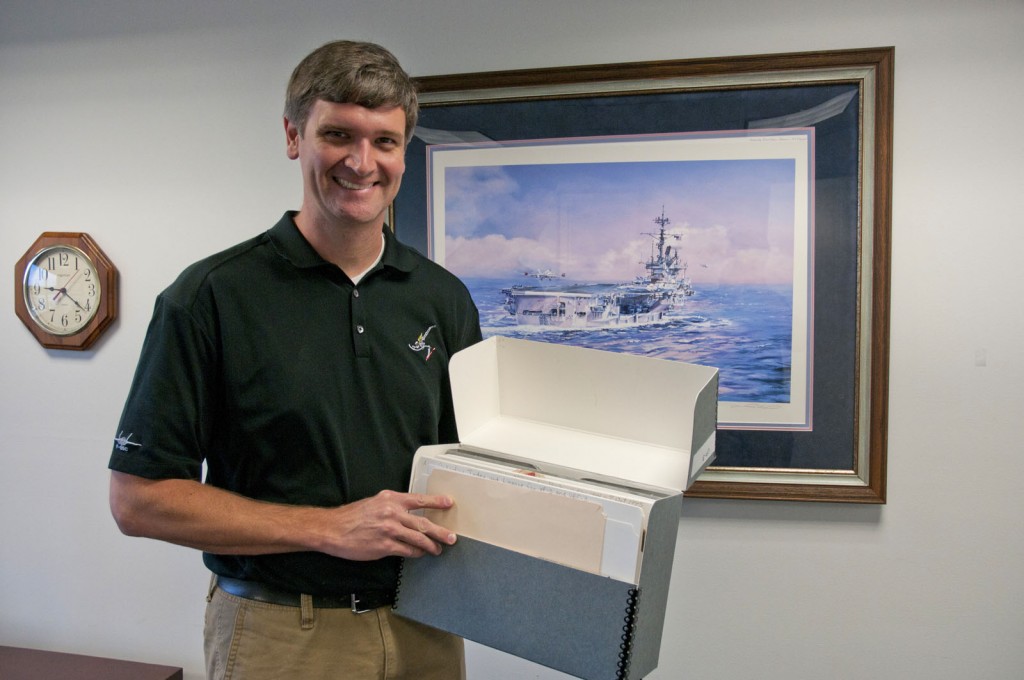 The Naval Historical Foundation recently helped to facilitate the donation of unique squadron records and artifacts to the Navy’s premiere naval aviation museum. The donation of materials from World War II fighter squadrons VF-3 and VBF-3 to the National Naval Aviation Museum in Pensacola, Florida, was made possible by NHF Chairman Admiral Bruce DeMars, USN (Retired). The records were donated by Mrs. Dorothy Armistead, widow of two pilots who flew with those squadrons during the war. While the collection includes a number of important documents related to the squadrons, several items are particularly significant:

As NHF Executive Director Todd Creekman remarked after delivering the material to Pensacola during a November 2012 visit with both the museum leadership and Naval Aviation Museum Foundation staff, “we really enjoy the opportunity to help veterans and their families find appropriate homes for the important records and artifacts that tell the stories of service and sacrifice in war, crisis and peace.”

Researchers interested in examining these records should contact the National Naval Aviation Museum, information can be found at: www.navalaviationmuseum.org